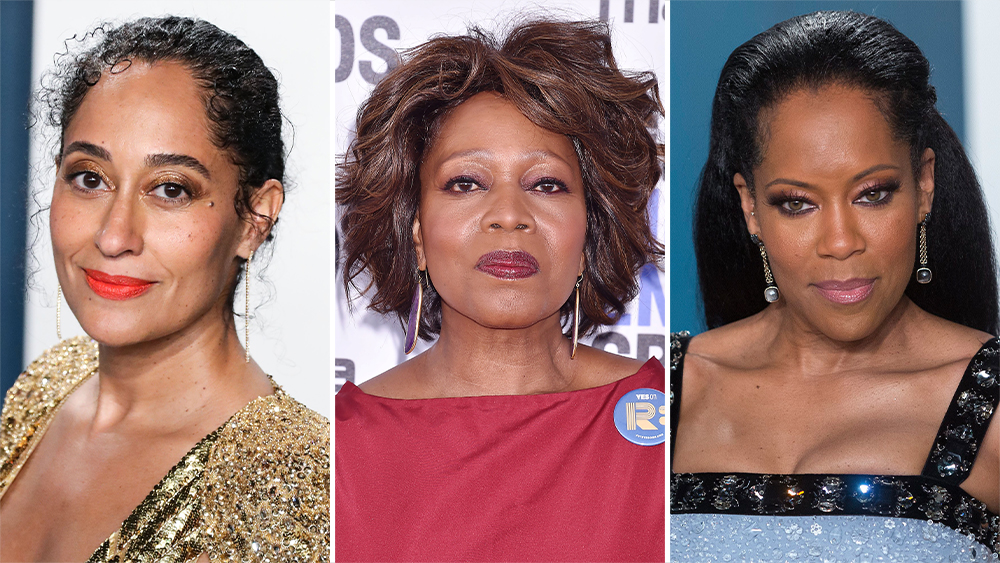 For one night only, Regina King, Tracee Ellis Ross, Alfre Woodard and Sanaa Lathan will be the iconic ladies of The Golden Girls. Playing Rose, Dorothy, Sophia and Blanche, respectively, the actresses will kick off the Zoom Where It Happens series, a weekly live table read program centered on informing and raising awareness around voting rights.

Tuesday night’s table read, directed by The Old Guard helmer Gina Prince-Bythewood and hosted by Lena Waithe, will feature the women acting out the classic “Flu Attack” episode of the 80s sitcom. Produced by a number of notable Black women in the industry including Tessa Thompson, Cynthia Erivo and Ava DuVernay, the table read gives The Golden Girls a new take with an all-Black cast.

The Zoom Where It Happens series, which will air every Tuesday until Election Day, seeks to encourage viewers to cast their votes and learn more about voting rights. The program will also highlight organizations focused on mobilizing voters for the upcoming election. This week’s Golden Girls episode will connect viewers to online civil rights organization Color of Change.

The actresses’ rendition of The Golden Girls episode airs Tuesday at 6:00 p.m. PST. Viewers can register to watch the one-night table read at mobilize.us./zoomwhereithappens.