It was business as usual for Trinny Woodall and Charles Saatchi as they settled down for an alfresco lunch at their restaurant of choice on Monday.

The couple were seated at their usual outdoor table during another appearance at Mayfair seafood restaurant Scott’s, where they appeared to make the most of an unseasonably hot September afternoon.

Looking typically on-trend in a paisley printed jumpsuit, Trinny, 56, smoked a cigarette as she chatted to billionaire art dealer Charles, 77, over a midday meal. 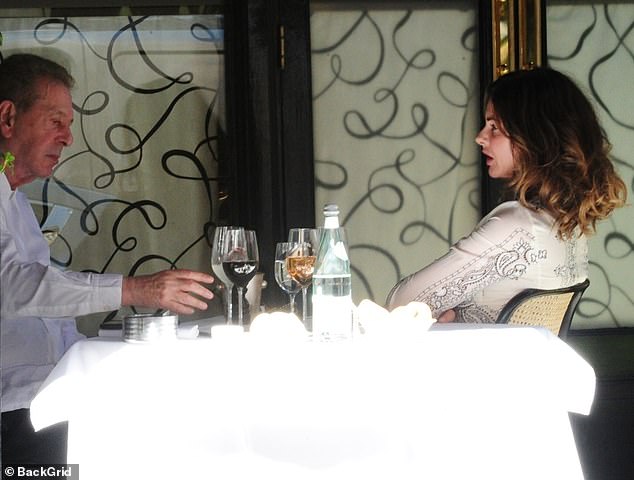 Outdoor lunch: Trinny Woodall and Charles Saatchi settled down for an alfresco lunch at London restaurant of choice Scott’s on Monday afternoon

The TV stylist added to her distinctive look with a pair of crepe-soled fashion trainers, while statement neck-chains rounded things off.

Joining his partner, Charles stuck to the usual fashion script by wearing his trademark two-piece suit and crisp white shirt.

On a glorious day in London he appeared to acknowledge the soaring temperature by peeling off his blazer after settling himself into his outdoor seat. 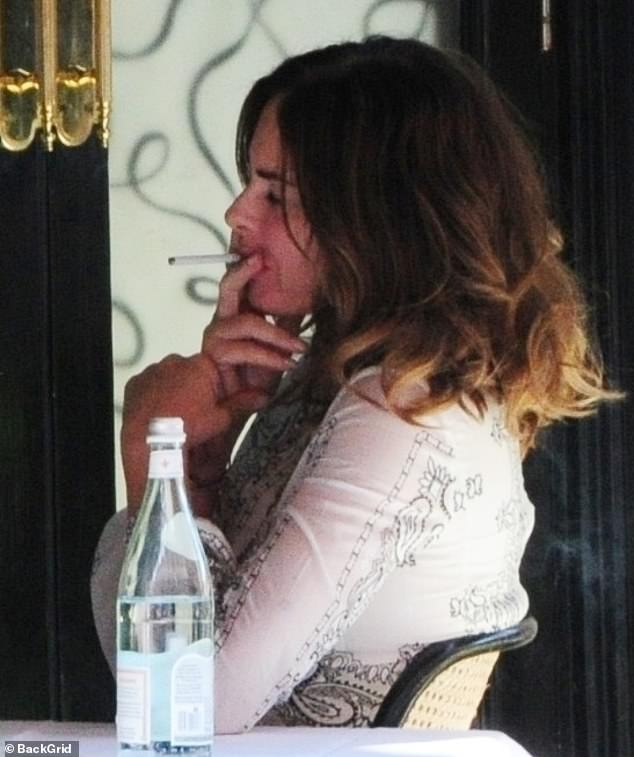 Lighting up: Trinny smoked a cigarette as she chatted to billionaire art dealer Charles over a midday meal outside the popular Mayfair eatery

The Iraqi-British Jewish businessman is the co-founder of advertising agency Saatchi & Saatchi with his brother Maurice.

The pair have a combined fortune of £146 million, according to the Sunday Times Rich List.

Charles is also known for his extensive art collection – which was valued at £200 million in 2003 – and for owning the legendary Saatchi Gallery. 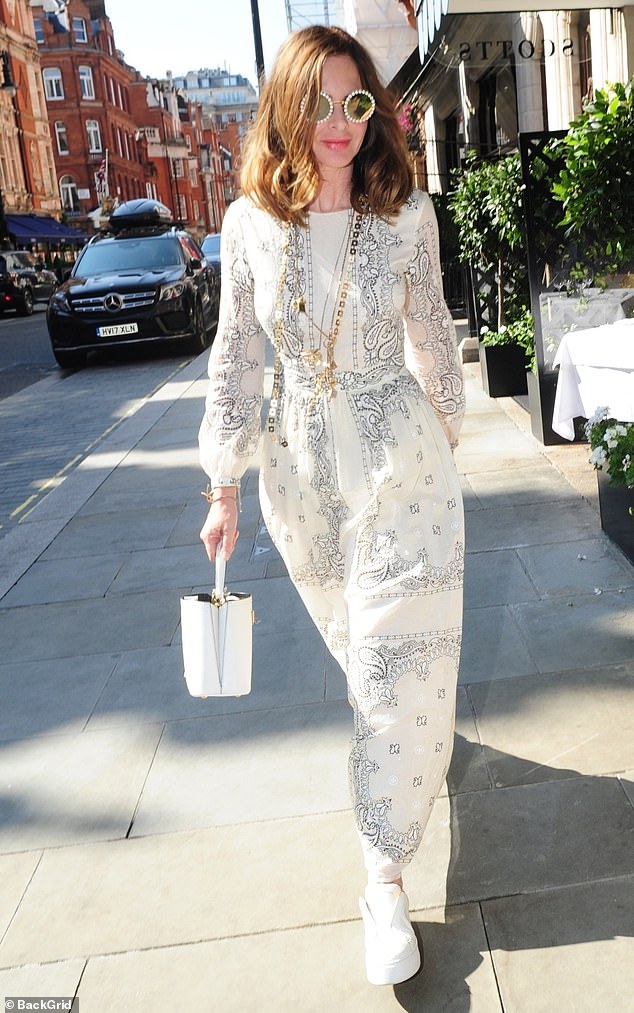 Very nice: The TV stylist looked typically on-trend in a paisley printed jumpsuit as she made her way to lunch on Monday afternoon

In an interview with The Mail On Sunday, Trinny opened up about motherhood following the death of her ex husband Johnny Elichaoff in 2014.

The stylist, who is a mother to Lyla, 15, and stepmother to her ex Johnny Elichaoff’s son Zak, said: ‘I worry about being a single mother, but I get good counsel from Charles.

‘He has a fabulous daughter Phoebe, who is incredibly gracious and smart. He’s got a great child because he brought her up well.’