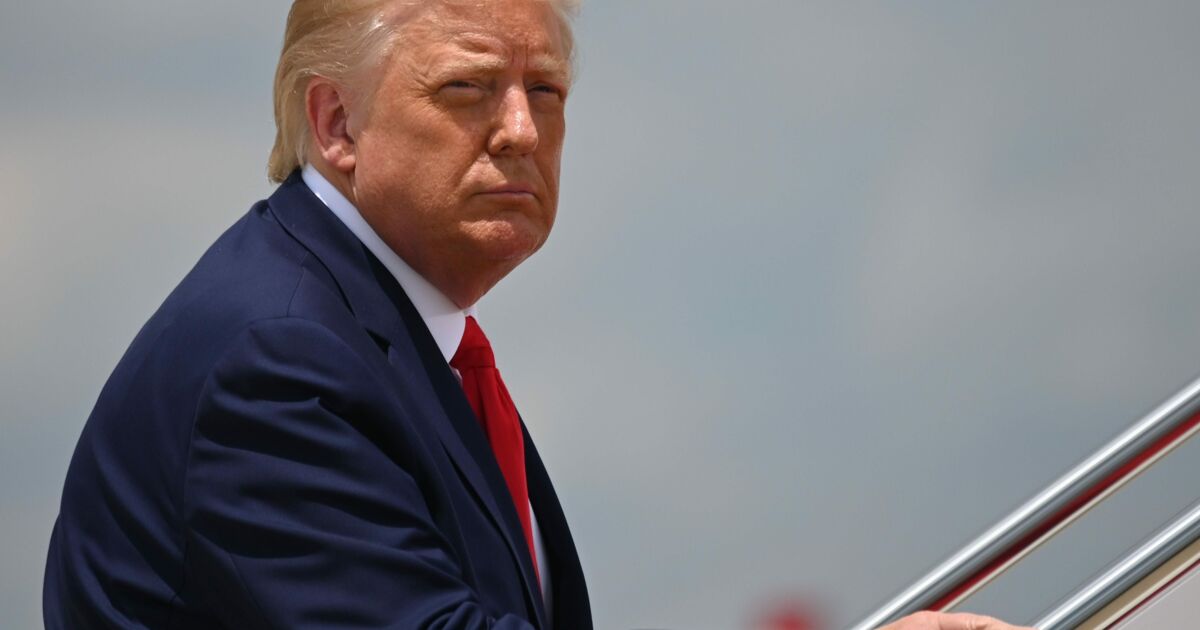 President Donald Trump described American Marines who lost their lives during a crucial World War I battle as “suckers” and “losers,” The Atlantic reported on Thursday.

The president made the comments during a 2018 visit to Paris to commemorate the 100th anniversary of the end of World War I, according to the report. He was scheduled to visit Aisne-Marne American Cemetery near Paris that November, but the trip was ultimately canceled after Trump said “the helicopter couldn’t fly” and that the Secret Service wouldn’t drive him to the cemetery.

However, The Atlantic’s editor in chief, Jeffrey Goldberg, wrote that neither of those statements were true. Instead, the US president didn’t want to visit the site because he didn’t want the rain to mess up his hair and didn’t believe it was important to pay tribute to fallen American soldiers, The Atlantic reported, citing four people with direct knowledge of the situation.

“Why should I go to that cemetery? It’s filled with losers,” Trump told senior staff members the morning he was set to visit Aisne-Marne, The Atlantic reported. In another conversation, he called US marines who were killed in the Battle of Belleau Wood “suckers” because they died, the report said.

The battle and the ground on which it was fought are widely revered as a crucial part of Marine Corps history. The site is where American forces and allies stopped the Germans from advancing toward Paris.

But The Atlantic reported that Trump didn’t understand its significance and asked advisers during his 2018 trip, “Who were the good guys in this war?” He also didn’t understand why the US entered World War I to side with Allied forces, the report added.

The president has repeatedly denigrated veterans since he launched his first campaign in summer 2015.

Perhaps his most well-known target was Sen. John McCain of Arizona. McCain was a US Navy fighter pilot who was captured and tortured by North Vietnamese forces for more than five years during the Vietnam War.

“He’s not a war hero,” Trump said of McCain in July 2015. “He was a war hero because he was captured. I like people who weren’t captured.”

Last year, Trump appeared to imply that McCain was in hell during an appearance at the Faith and Freedom Coalition.

“We needed 60 votes and we had 51 votes,” Trump said, referring to an effort to repeal the Affordable Care Act. “And sometimes, you know, we had a little hard time with a couple of them, right? Fortunately, they’re gone now. They’ve gone on to greener pastures — or perhaps far less green pastures. But they’re gone. I’m very happy they’re gone.”

The commander in chief was referring to McCain, who made headlines in 2017 when he cast the deciding vote against Republicans’ effort to repeal and replace former President Barack Obama’s signature legislative achievement. Trump was confident that McCain was not admired by his supporters and that there would be no lasting consequences for his remarks, a senior official told The Washington Post in 2019.

A White House official condemned The Atlantic’s report and characterized it as fake news.

“Not a soul brave enough to put their name on any of these accusations,” White House deputy press secretary Judd Deere tweeted Thursday evening. “That’s because they are false. Just another anonymously sourced story meant to tear down a Commander-in-Chief who loves our military and has delivered on the promises he’s made. What a disgrace!”

The president often says he’s done more for veterans than any of his predecessors. He’s also falsely said more than 150 times that he engineered the passage of the Veterans Choice Act when, in fact, it was Obama who signed it into law in 2014.

When a reporter challenged Trump on his claim during a news conference last month, the president refused to answer and abruptly walked out of the room.