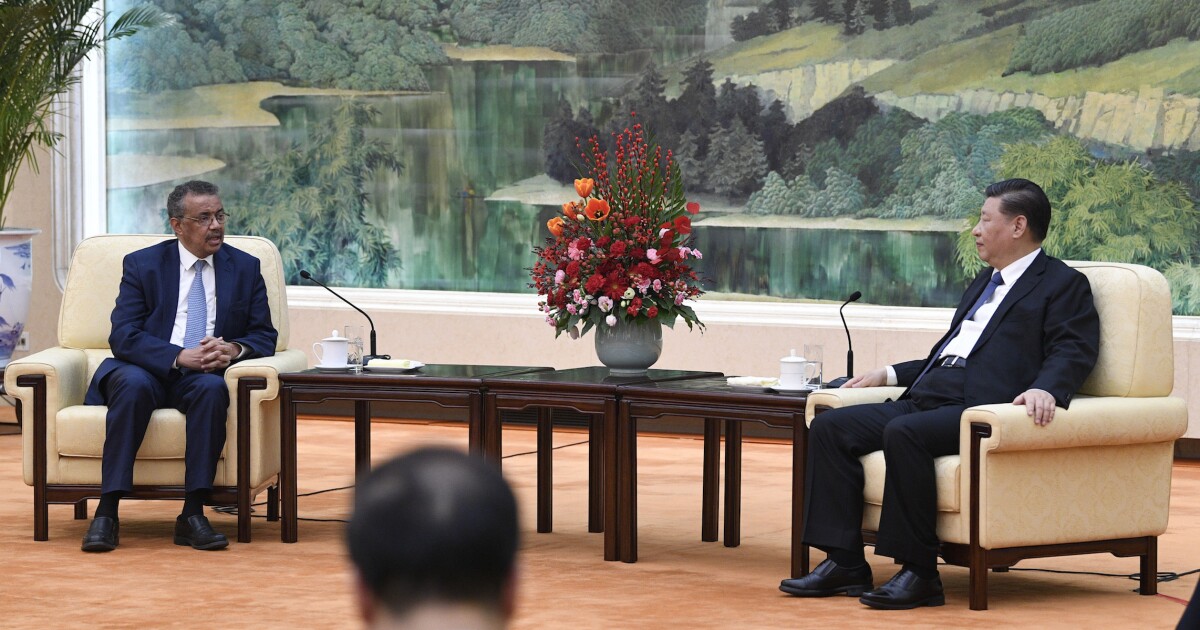 President Trump’s administration is reassigning the Department of Health and Human Services officials detailed to the World Health Organization and redirecting American funding to other organizations as he cuts ties with the global health agency.

Withdrawal from WHO “becomes effective on July 6, 2021, and since the president’s announcement, the U.S. government has been working to identify partners to assume the activities previously undertaken by WHO,” State Department spokeswoman Morgan Ortagus said Thursday. “U.S. participation in WHO technical meetings and events will be determined on a case-by-case basis.”

Trump’s withdrawal amounts to a $62 million loss for the WHO, which was slated to receive $120 million in the 2020 fiscal year from the United States. WHO officials collected just $58 million of that funding before the president froze the funding in response to the WHO leadership’s amplification of false information about China’s response to the coronavirus pandemic.

“The WHO needs to reform, and that is starting with demonstrating its independence from the Chinese Communist Party,” the State Department’s Nerissa Cook, a senior official in the U.S. International Organization Affairs Bureau, told reporters Wednesday. “And it needs to make improvements in its ability to prepare for, to prevent, to detect, and to respond to outbreaks of dangerous pathogens.”

Secretary of State Mike Pompeo has alleged that China managed to corrupt the senior leadership of the WHO, reportedly telling British lawmakers recently that “a deal was made” that prevented WHO from sounding the alarm at a time when China was censoring early warnings about the emerging virus. Preliminary investigations have also shown that the WHO applauded China’s transparency about the pandemic even while privately fretting that Beijing was not handing over necessary information.

Still, the mid-pandemic withdrawal has drawn sharp criticism from Western allies and public health analysts. But U.S. officials maintain that it will force reforms at the agency that will diminish the potential for malign political influence to undermine international responses to public health crises.

“The U.S. has traditionally been, I think since the very beginning, the largest donor to WHO,” the Department of Health and Human Services’ Garrett Grigsby said. “We actually do have quite a bit of leverage, and if they’re interested in seeing the United States stay, they will take that seriously and negotiate seriously.”

Pompeo and other American officials also have emphasized that the U.S. can provide American public health aid through entities that have not been suborned by China, and HHS officials plan to continue giving as much as $40 million to WHO programs.

“The WHO activities that HHS will support this year are one-time exceptions for funding, up to $40 million, in the program areas of immunization and influenza,” Grigsby said. “These contributions would be to ensure continuity of activities important to the health security of Americans for which there was not immediate alternative programmatic partners.”

Cook emphasized that “the idea of reforming and strengthening in the middle of a pandemic, is something that is part of public health policy,” but U.S. officials were ambiguous about the exact steps that would convince Trump to reverse course.

“On the China issue, our view is that the WHO needs to be independent in its processes and procedures in dealing with pandemics,” she said. “So we are advocating for greater transparency and greater accountability. And we want to see speedier and higher quality of communications in the face of pandemics. We want decision-making to be based on science and not on other considerations. And we want to see very strong management and a focus on the prevention and detection and response to pandemics.”