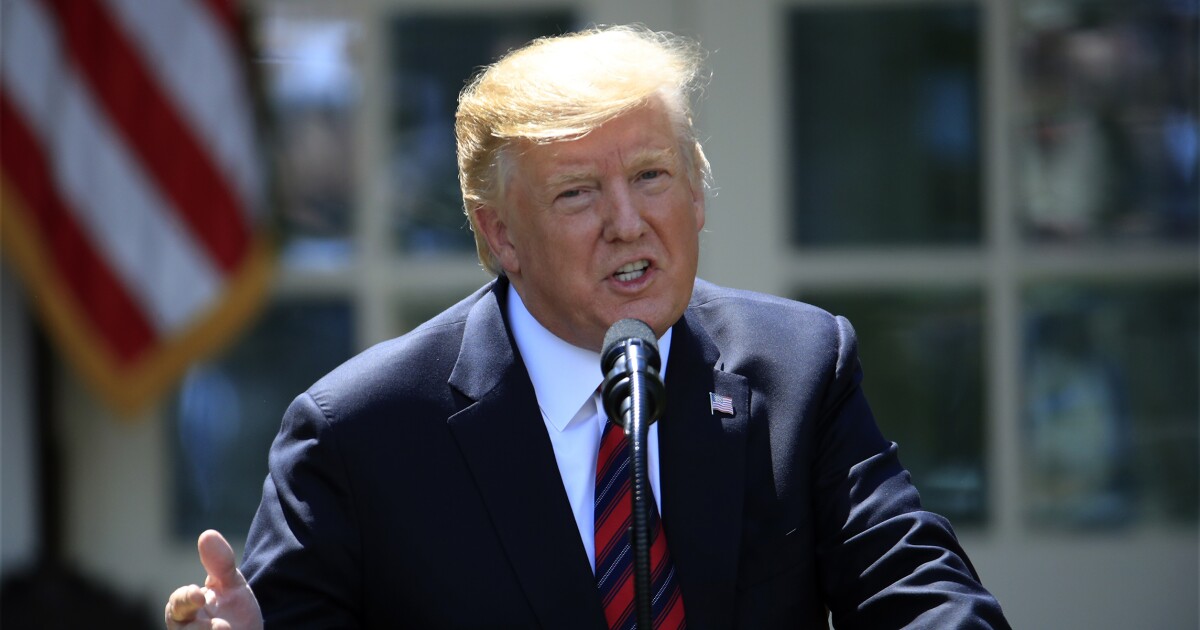 President Trump asked a reporter to remove his face mask to ask his question with sufficient volume.

On Monday, Trump used a press conference to deliver a series of scathing criticisms against Democratic presidential nominee Joe Biden. On the conclusion of his remarks, he opened up for questions and told a reporter to remove his mask, which the reporter declined to do.

“You’re going to have to take that off, please. You can take it off. How many feet are you away?” Trump asked in response to a question he said was muffled.

“Well, if you don’t take it off — you’re very muffled. So, if you would take it off, it would be a lot easier,” Trump said in response.

“I’ll just speak a lot louder. Is that better?” the reporter asked with increased volume, prompting a sigh from Trump.

“I was never a fan of John McCain. You know that,” Trump said, though he later said that he issued his approval for the late senator’s funeral. “That’s been very obvious.”