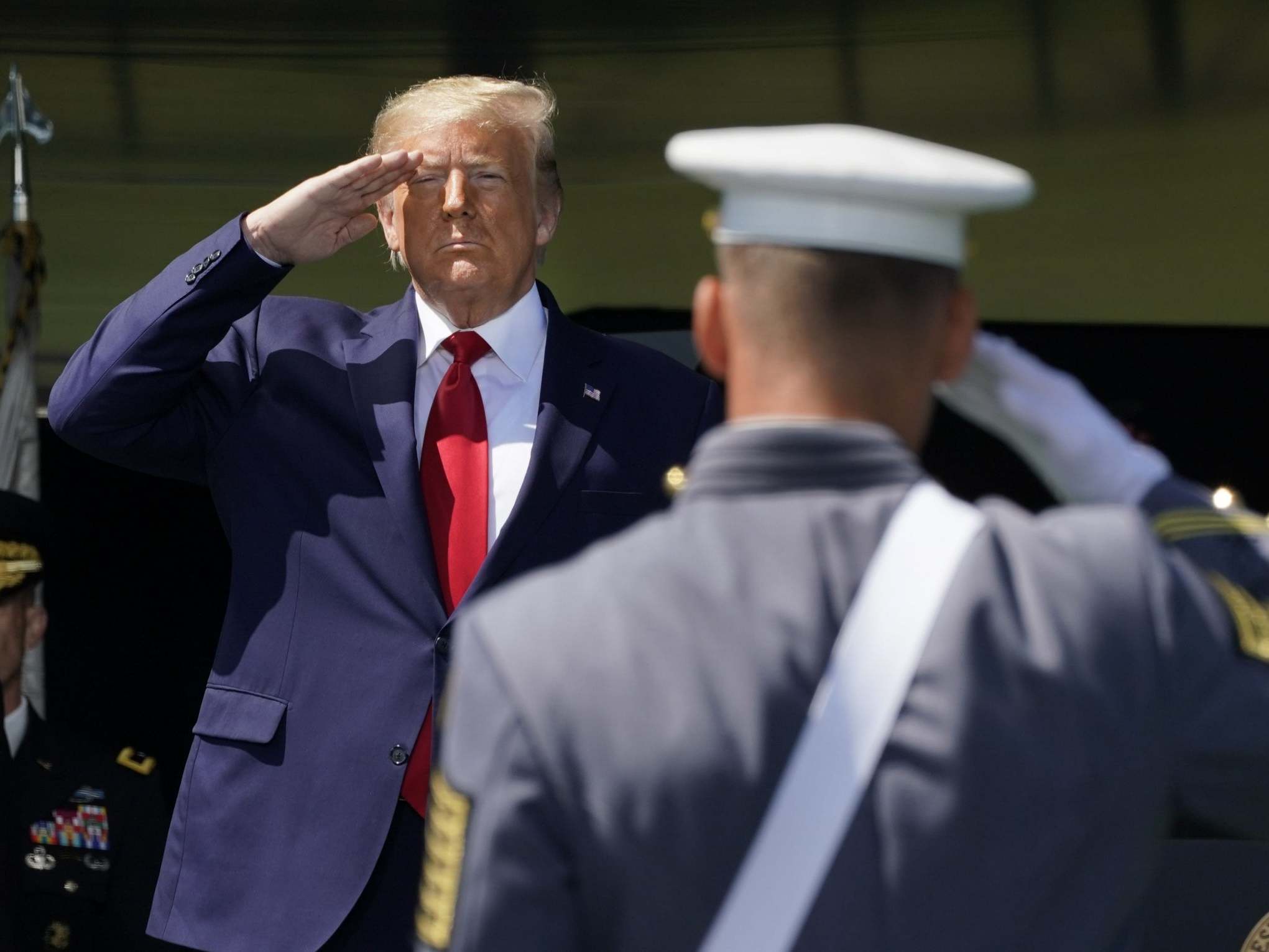 President Donald Trump has called for the firing of Fox News‘ security correspondent after she backed a bombshell report alleged he branded dead US soldiers “suckers” and “losers”.

The right-wing news channel, which is broadly supportive of the president, spent much of Friday morning attacking the initial exclusive by The Atlantic, particularly its use of unnamed sources.

But later the same day, Jennifer Griffin confirmed much of the reporting about Mr Trump’s apparent disdain for veterans.

In a lengthy Twitter thread, Ms Griffin said former Trump administration officials had confirmed Mr Trump “disparaged veterans” and did not want to drive to a cemetery in France to honour American war dead during a visit to Paris in 2018.

“When the President spoke about the Vietnam War, he said, ‘It was a stupid war. Anyone who went was a sucker’,” Ms Griffin said a former official told her.

She added: “I read the source a few quotes from The Atlantic article. This former Trump admin official said, ‘The President would say things like that. He doesn’t know why people join the military. He would muse, “Why do they do it”?'”

According to The Atlantic, Mr Trump told aides he did not want to visit the Aisne-Marne American Cemetary because it was “filled with losers”.

It was reported at the time that the trip was cancelled because his helicopter was unable fly in the rain that day and Secret Service was unable to take him to the cemetery.

Another incident from the same trip involved Mr Trump allegedly calling the Marines who died at Belleau Wood, one of the toughest battles for the Marines during the First World War, “suckers”.

Other allegations in the report include Mr Trump asking his then-secretary of homeland security, General John Kelly, why his son, 1st Lieutenent Robert Kelly, had bothered to sacrifice his life by joining the military.

“I don’t get it. What was in it for them?,” Mr Trump is said to have told General Kelly in 2017 while stood next to his son’s grave in Arlington Cemetery, Virginia.

Mr Trump has vehemently denied the reports, and the White House on Friday summoned a host of Trump allies to defend the president against the allegations.

“The Atlantic Magazine is dying, like most magazines, so they make up a fake story in order to gain some relevance,” Mr Trump tweeted on Friday, providing no evidence for his claim the magazine is struggling financially.

He later attacked Fox News over its coverage, called for Ms Griffin’s firing, and suggested General Kelly himself could have been an anonymous source quoted in The Atlantic.