President Donald Trump demanded that a reporter take off his mask to ask a question at a White House news conference on Monday.

Jeff Mason of Reuters had just begun speaking when Trump cut him off and said:  ‘You’re going to have to take that off, please. You can take it off. How many feet are you away?’

Mason offered to speak louder, at which point Trump interjected: ‘Well, if you don’t take it off, you’re very muffled, so if you would take it off, it would be a lot easier.’

The reporter declined to remove his mask and politely raised his voice again, asking: ‘Is that better?’ 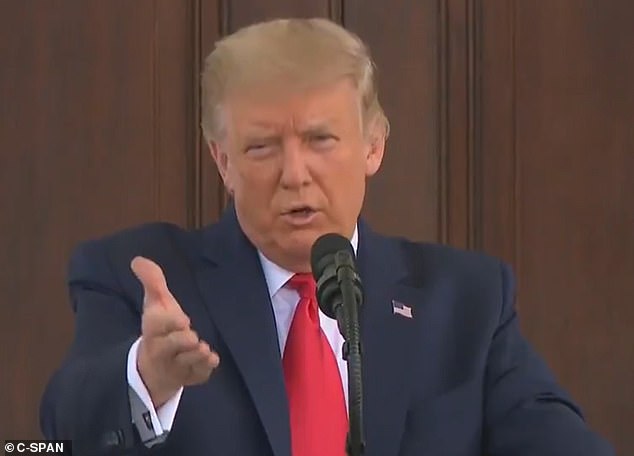 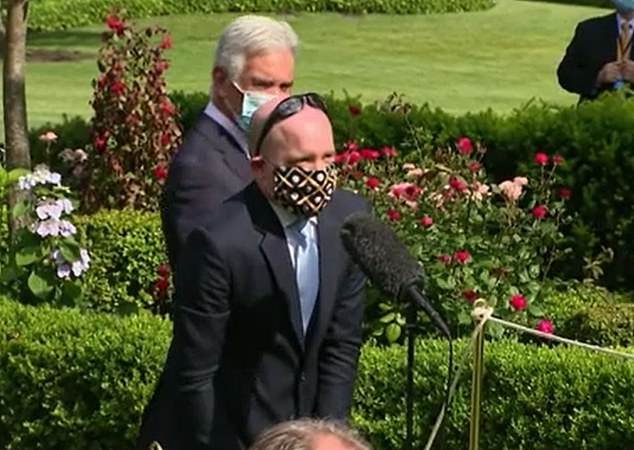 Jeff Mason of Reuters (pictured) had just begun speaking when Trump cut him off and said: ‘You’re going to have to take that off, please. You can take it off. How many feet are you away?’

Throughout the exchange Mason’s voice was very easy to understand, despite his face covering to prevent the spread of coronavirus.

But Trump – who has sparred with reporters on numerous occasions in the past, including about masks – was visibly irritated by Mason’s refusal to take his off.

At another point in the briefing when another reporter took off his mask to ask a question, Trump replied: ‘You sound so clear.’

This isn’t the first time Trump has ridiculed Mason specifically for wearing a mask.

During a briefing back in May, the president asked Mason to remove his covering and then accused him of trying to be ‘politically correct’ for refusing.

Most reporters in the White House press pool have insisted on wearing masks during briefings, even though the president himself rarely dons one.

Trump for months was reluctant to be photographed wearing a mask, and on several occasions refused to put one on in buildings that required them.

In July he finally got on board with the CDC’s messaging about the importance of masks and urged all Americans to wear them in public places. 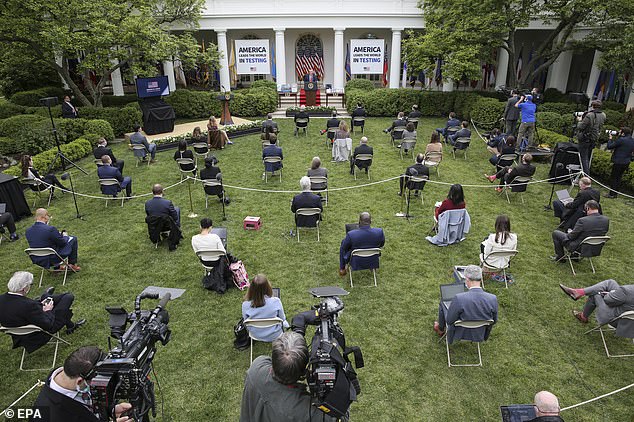