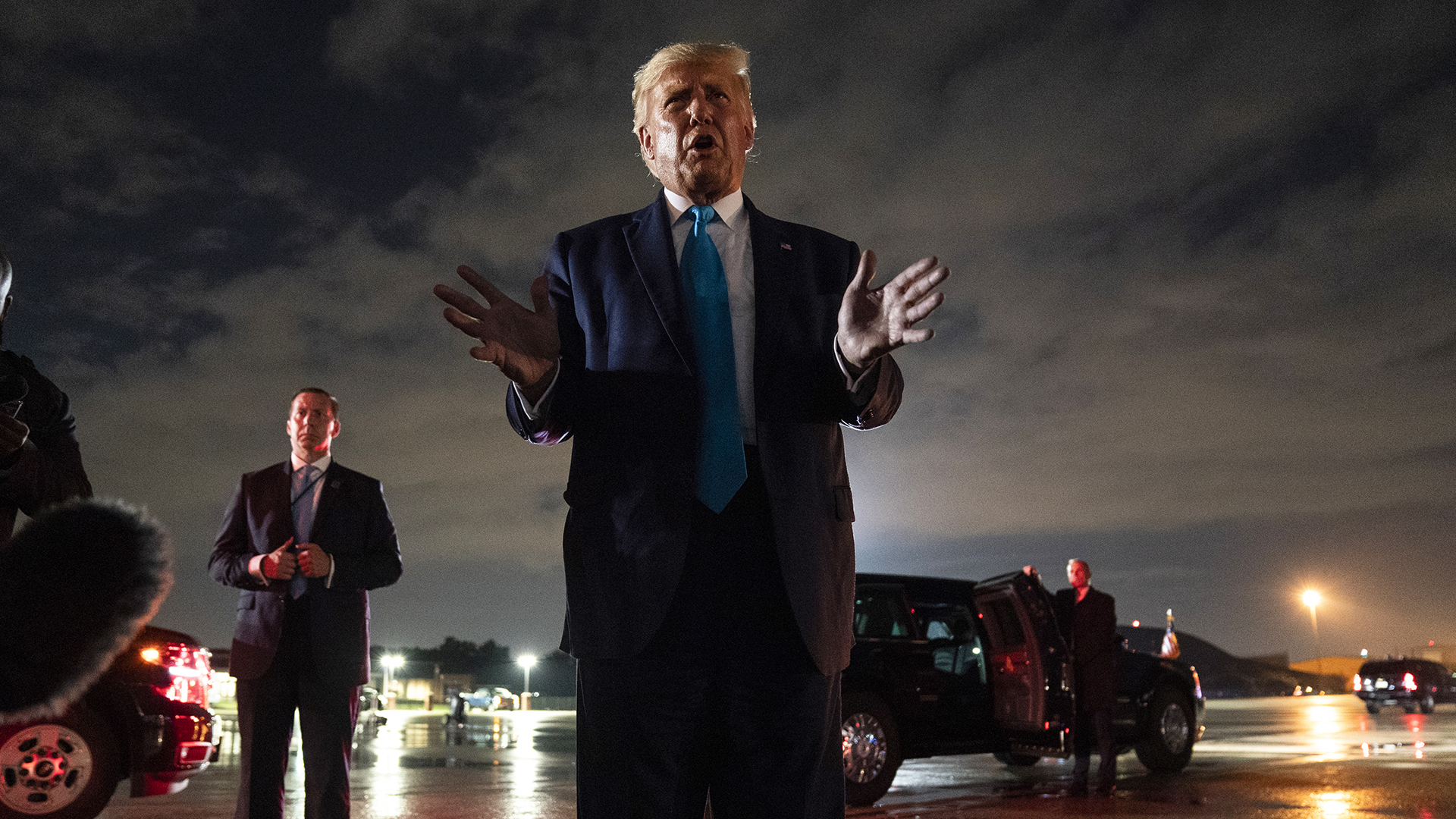 According to the article, Trump canceled a planned 2018 visit to honor U.S. service members who died in Europe during World World I at the Aisne-Marne American Cemetery near Paris over concerns that the day’s rain would ruin his appearance, and because he didn’t think the visit necessary.

“Why should I go to that cemetery? It’s filled with losers,” Trump is reported to have said.

Trump said the weather conditions prevented him from flying by helicopter and a motorcade was deemed too disruptive to local operations.

Trump lambasted the article’s claims that characterized the president as cynical about military service, saying “they made it up.”

“If they really exist, if people really exist that would have said that, they’re low lifes and they’re liars,” Trump said about the anonymous sources quoted in article. “And I would be willing to swear on anything that I never said that about our fallen heroes. There is nobody that respects them more.”

The Atlantic said it stands by its reporting.

Former and current Trump officials were quick to come to the president’s defense with their own recollections of events.

“The Atlantic story on @realDonaldTrump is total BS,” Sarah Sanders said in a tweet. The former White House press secretary said she was “one of the people part of the discussion” on Trump’s canceled visit to Aisne-Marne and that Trump’s comments on the war dead “never happened.”

“I was there in Paris and the President never said those things,” Gidley said in a tweeted statement. “In fact, he would never even think such vile thoughts because I know from firsthand knowledge that President Trump absolutely loves, respects and reveres the brave men and women of the United States military.”

“If the revelations in today’s Atlantic article are true, then they are yet another marker of how deeply President Trump and I disagree about the role of the President of the United States,” Biden said. “I have long said that, as a nation, we have many obligations, but we only have one truly saved obligation — to prepare and equip those we send into harm’s way, and to care for them and their families.”

Trump has publicly criticized military heroes in the past, including the late Sen. John McCain, who was tortured in a North Vietnamese prison camp after his Navy plane was shot down during a bombing mission in the Vietnam War.

“He’s not a war hero,” Trump said in July 2015. “He was a war hero because he was captured. I like people who weren’t captured.”

After McCain’s death in Aug. 2018, The Atlantic reported Trump, who was not invited to the Arizona senator’s memorial service, was angered when flags were lowered to half-staff and told senior staff members, “We’re not going to support that loser’s funeral.”

“I was never a big fan of John McCain … but the lowering of our Nations American Flags, and the first class funeral he was given by our Country, had to be approved by me, as President, & I did so without hesitation or complaint,” Trump said.