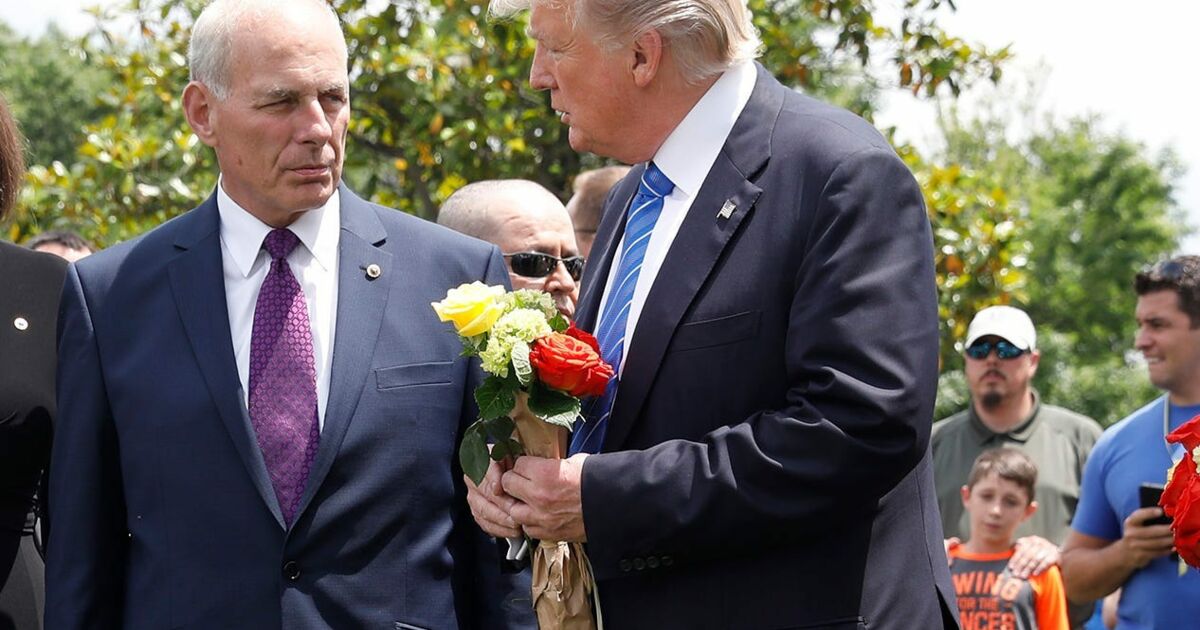 Kelly’s son 1st Lt. Robert Kelly was killed while on patrol in Afghanistan in 2010. “Robert was killed in action protecting our country, its people, and its values from a terrible and relentless enemy,” Kelly wrote after his son’s death.

When Trump and Kelly, who served as secretary of homeland security before becoming the White House chief of staff, visited Arlington on Memorial Day in 2017, the two men stopped at Robert Kelly’s grave. Standing there, Trump reportedly turned to Kelly and said: “I don’t get it. What was in it for them?”

Kelly declined to comment on the story to The Atlantic, but people close to the retired general said that he first thought the president was awkwardly commenting on the selflessness of America’s service members, particularly those who laid down their lives, but later came to believe that Trump did not understand sacrificing for others.

One of Kelly’s friends who is a retired four-star general told The Atlantic’s Jeffrey Goldberg that the president “can’t fathom the idea of doing something for someone other than himself.”

“He just thinks that anyone who does anything when there’s no direct personal gain to be had is a sucker,” the unnamed general said. “There’s no money in serving the nation.”

“Trump can’t imagine anyone else’s pain,” the person said. “That’s why he would say this to the father of a fallen Marine on Memorial Day in the cemetery where he’s buried.”

Phillip Carter, a professor who is a US Army veteran, responded to the Atlantic article on Twitter, writing that a president who asked what Trump was said to have asked in a place like Arlington was not suited to be commander in chief.

The Atlantic also reported that Trump objected to visiting the Aisne-Marne American Cemetery near Paris in 2018 because he did not see the point in honoring the fallen. He reportedly asked: “Why should I go to that cemetery? It’s filled with losers.” He was also said to be worried about his hair getting messed up in the rain.

On that trip, he also was said to have called the Marines who died at Belleau Wood, one of the toughest battles for the Marines in World War I, “suckers” because they were killed in combat.

That same year, as Trump made plans for a military parade, The Atlantic said, he also asked his staff to keep wounded veterans out of any possible event, reportedly telling them “nobody wants to see that.”

The White House immediately criticized the article in The Atlantic.

“Not a soul brave enough to put their name on any of these accusations,” the White House deputy press secretary Judd Deere tweeted in response. “That’s because they are false. Just another anonymously sourced story meant to tear down a Commander-in-Chief who loves our military and has delivered on the promises he’s made. What a disgrace!”