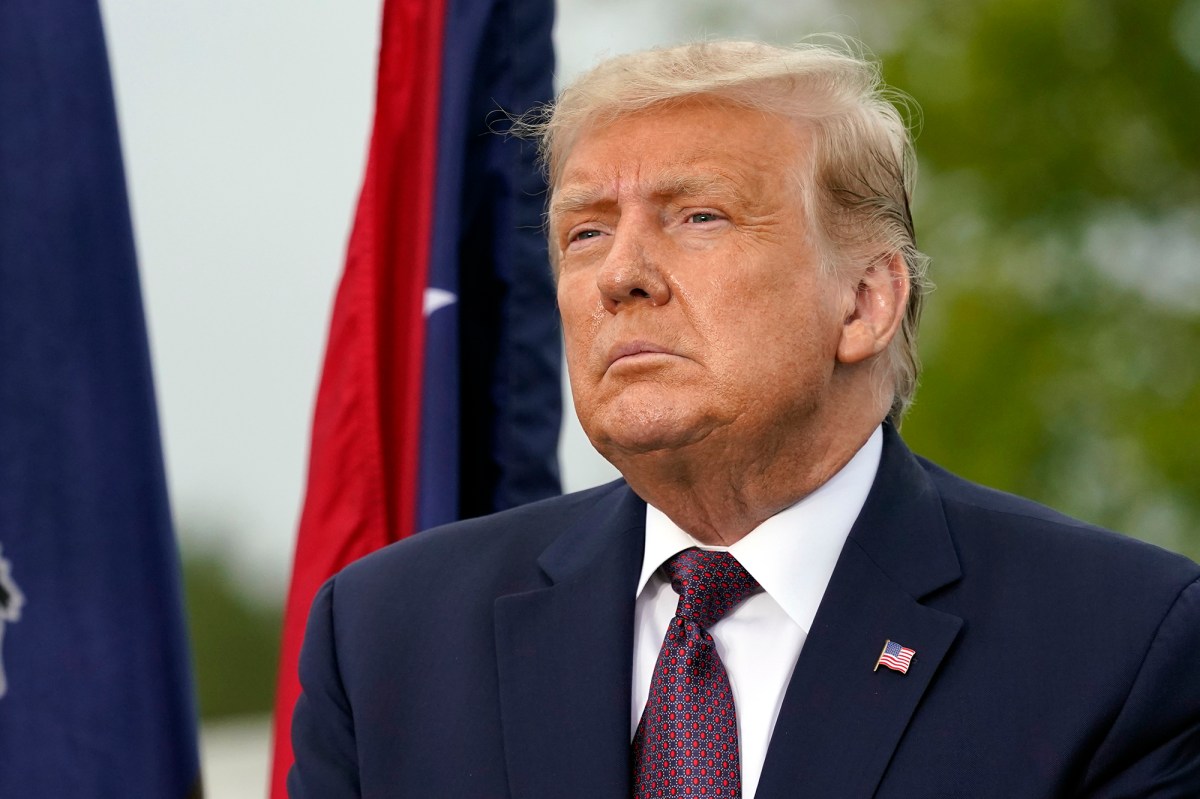 President Trump on Friday commemorated 9/11 at the crash site of United Airlines Flight 93 in Shanksville, Pa., saying the 40 passengers and crew show the US will always “fight back” against the “depraved forces of violence.”

Trump recalled how the passengers struggled against four terrorist hijackers, preventing them from reaching Washington, DC.

“In the days and weeks after 9/11, citizens of all faiths, backgrounds, colors and creeds came together, prayed together, mourned together and rebuilt together,” he said.

“We were united by our conviction that America was the world’s most exceptional country, blessed with the most incredible heroes, and that this was a land worth defending with our very last breath. It was a unity based on love for our families, care for our neighbors, loyalty to our fellow citizens, pride in our great flag, gratitude for our police and first responders, faith in God — and a refusal to bend our will to the depraved forces of violence, intimidation, oppression and evil.”

Trump’s uplifting reflections on the heroism of 9/11 comes as he leads the country through the COVID-19 pandemic, which has killed 191,000 Americans, and as he draws down US troops in Afghanistan following nearly 19 years of war there after 9/11.

En route to the memorial, Trump led a moment of silence aboard Air Force One at 8:46 am to commemorate the first deaths of 9/11 when American Airlines Flight 11 crashed into the North Tower of the World Trade Center.

Flight 93 crashed in a field at 10:03 am on Sept. 11, 2001, following the heroic mid-air attack launched by passengers who learned other hijacked planes were flown into the World Trade Center.

The hijackers — one from Lebanon and three from Saudi Arabia — did a U-turn over Ohio and turned the plane toward Washington, DC. Terrorist ringleaders later said the US Capitol building was the target.

“The 40 of Flight 93 did the most American of things, they took a vote,” Trump said. “And then they acted. Together they charged the cockpit, they confronted the pure evil, and then their last act on this earth, they saved our Capitol.”