A brewery has been fully renovated and put on the market as two luxurious living spaces with both original and modern features.

The Hertford Brewery was originally built by the McMullen family of brewers and now offers two homes.

The first of the properties, known as The Mews House, is set over three floors and has three bedrooms and two bathrooms and is set over 1,903 square foot. It is on the market with Dockleys for £775,000. 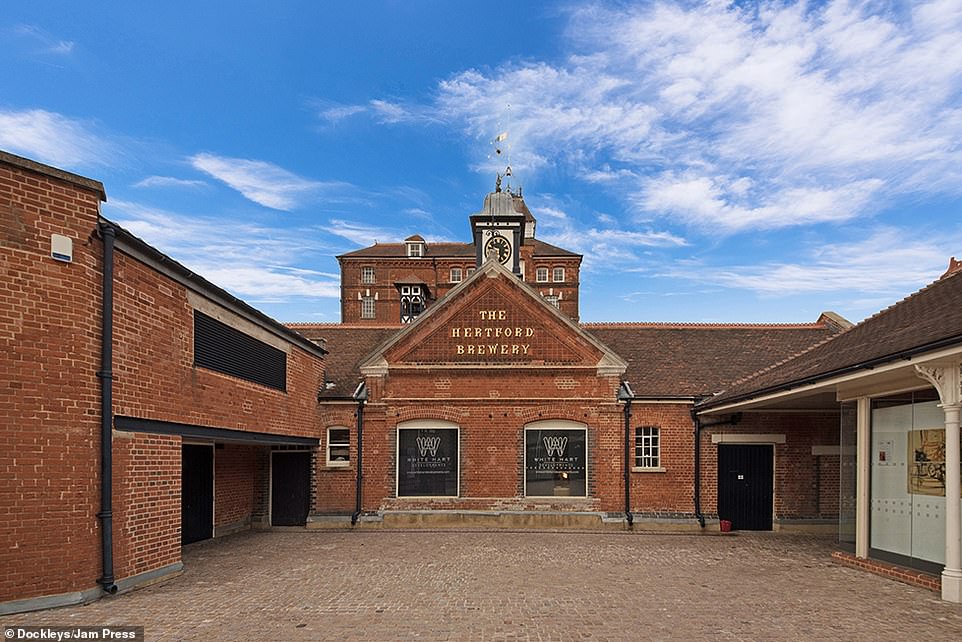 The Hertford Brewery was originally built by the McMullen family of brewers and now offers two homes – one three bedroom, known as The Mews House, and one duplex apartment with two bedrooms 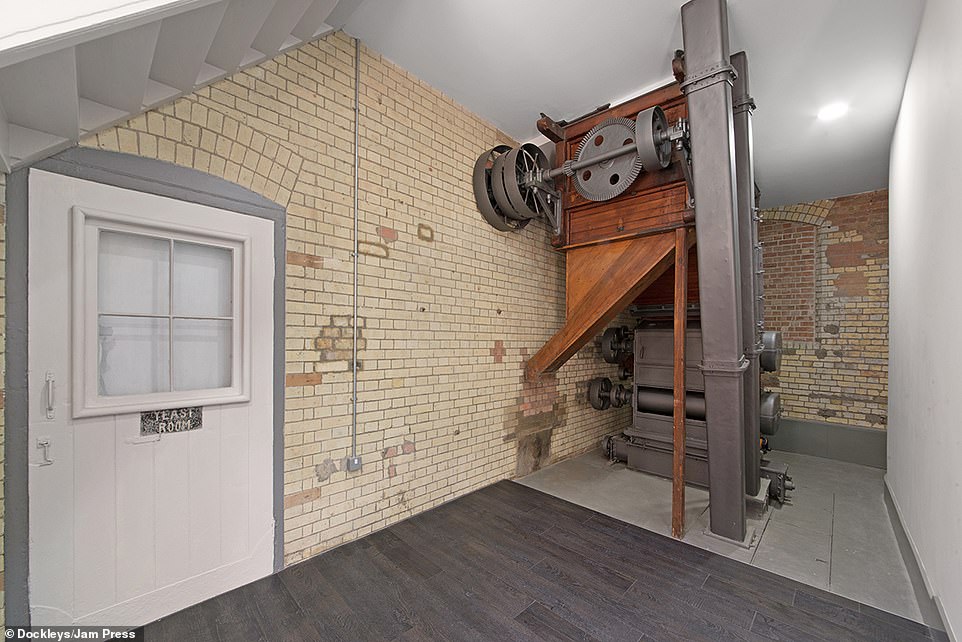 The duplex apartment, on the market for £625,000, even features an original brewery machine and exposed brickwork 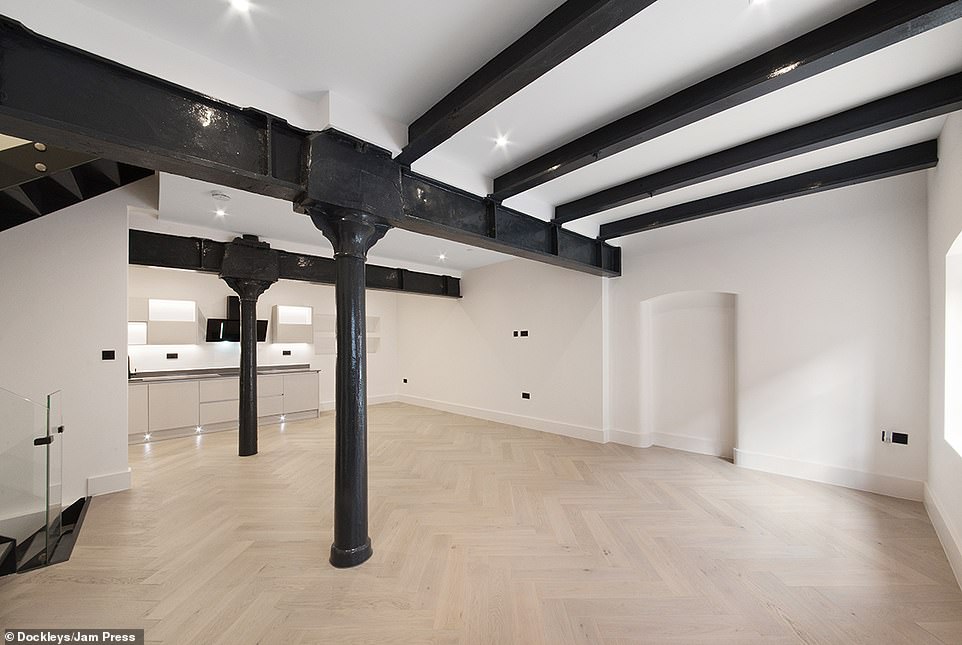 The first property, known as The Mews House, is on the market for £775,000 and features a large open plan kitchen, living and dining area on the first floor 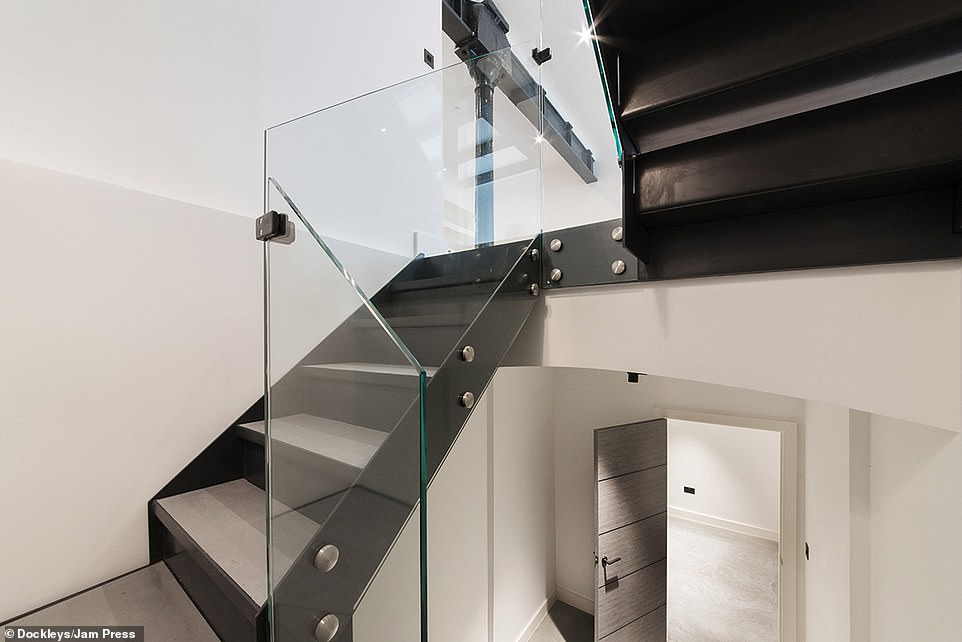 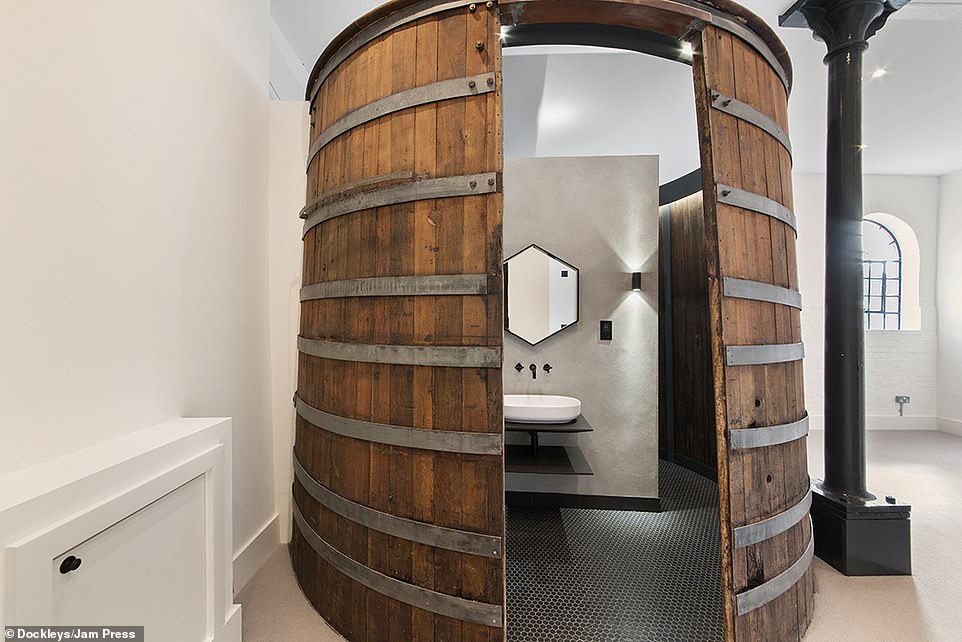 One of the bathrooms in The Mews House is barrel-shaped, with steelwork on the outside of the walls, and a hexagon-shaped mirror

On its first floor, there’s a bright open plan dining, living and kitchen area with a toilet. The property features exposed, original steelwork.

There are three bedrooms on the second floor, one of which has an en-suite bathroom, as well as a second, main bathroom.

On the lower ground floor, there’s an open space which can be used as a gym, office, cinema or guest room. 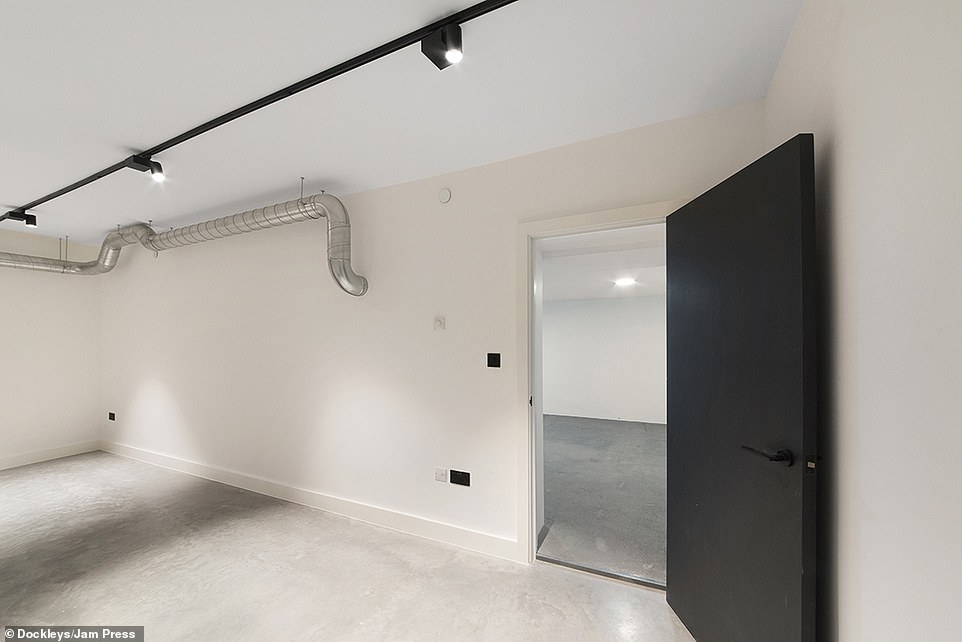 The Mews House has three bedrooms and is set over 1,903 square feet and features original steelwork and features from when the property was a brewery 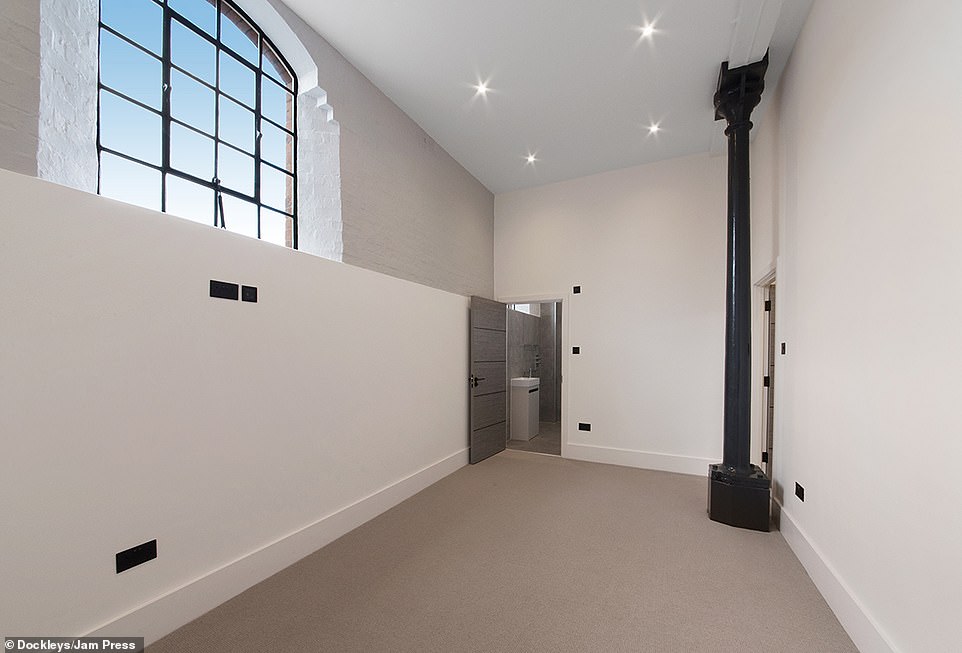 The room has a large window and spotlights to give it a bright, airy feel. One of the three bedrooms in The Mews House has an en-suite bathroom 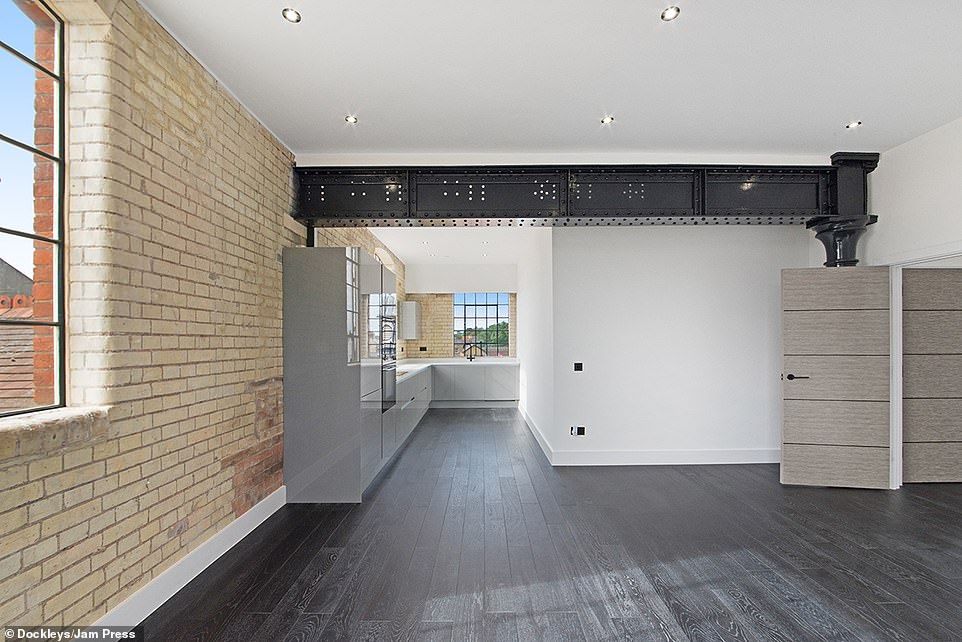 The duplex apartment has exposed brick walls in its open place kitchen, dining and living area, with grey cupboards in the modern kitchen

The second property is on the market for £625,000 and comes with two bedrooms and large windows which give the property a lot of natural light.

It also has an open plan kitchen, which is fitted with built-in appliances, and space for a living and dining area as well as a study on the second floor.

Set over 1,130 square feet, this apartment has two bedrooms and two bathrooms. On the third floor, one of the bedrooms has an en-suite while the other has its own shower room. 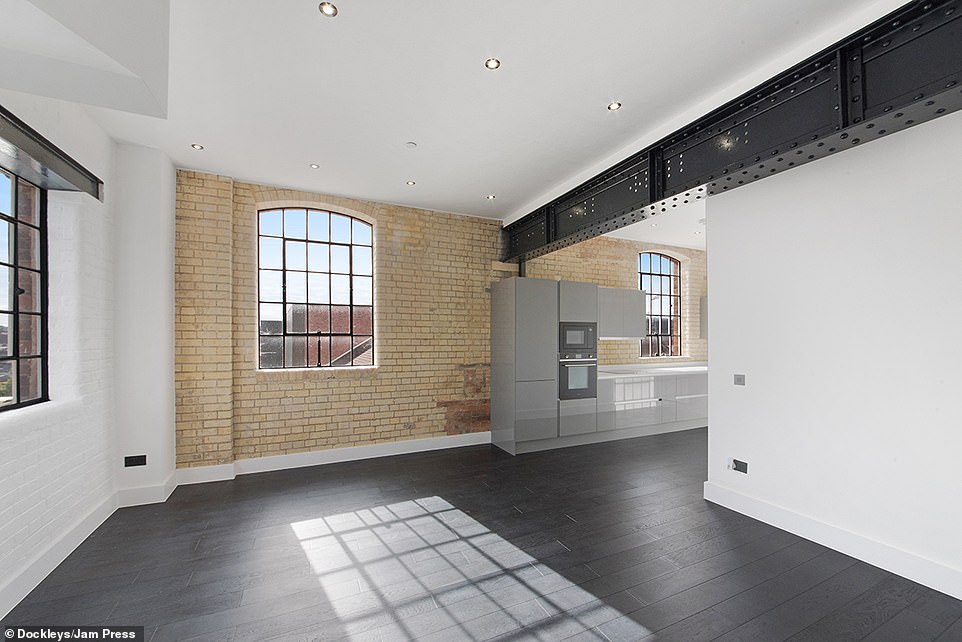 The modern kitchen has built-in appliances, such as an oven and microwave, and has large windows to let in a lot of natural light 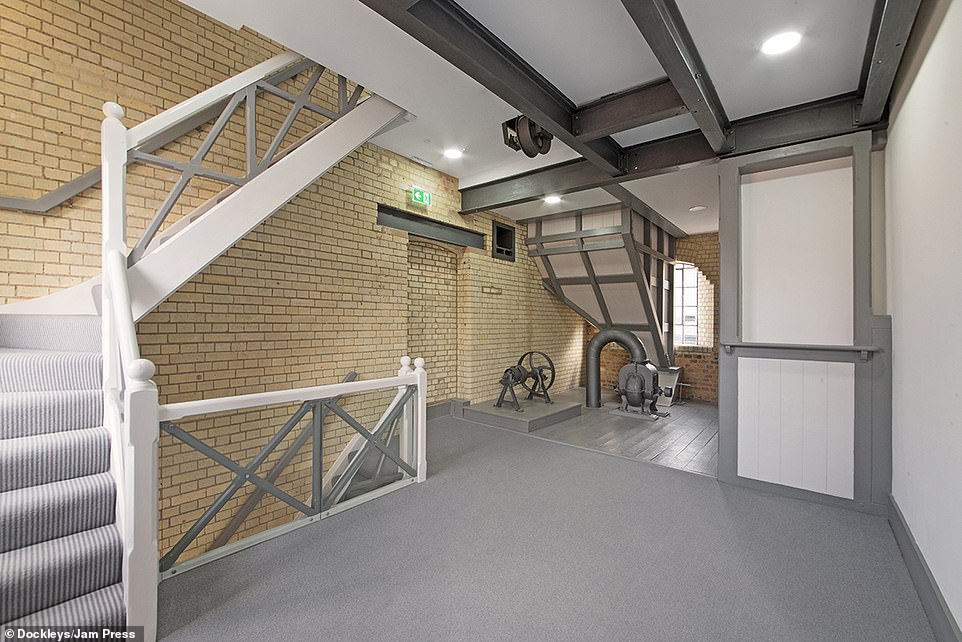 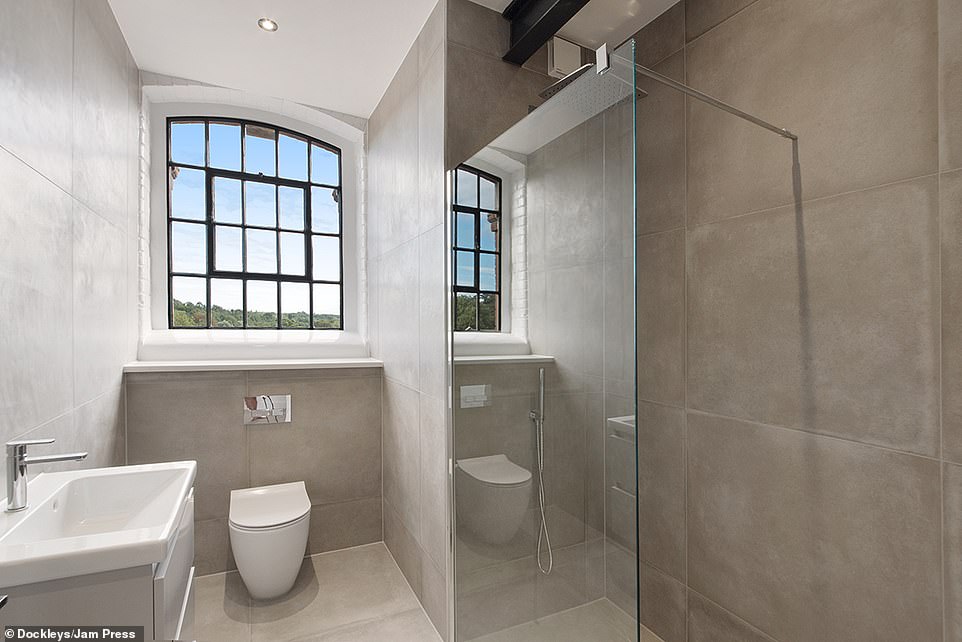 The apartment has two bathrooms, with this one with light walls and white accents next to a large window. One of the bedrooms has an en-suite and the other has a shower room

This property even features an original brewery machine, giving the living space a unique feel, as well as original expose steelwork, brick walls and vintage signs.

Peter McMullen established Hertford’s Brewery in 1827 and it has been run by the McMullen family ever since.  When it was established, brewing was a leading industry in Hertford with 11 other breweries in the area.

The properties are within minutes walk of train stations and Hartham Common as well as being approximately 30 minutes drive from Stansted and Luton Airports.

Both properties were put on the market by Dockleys. 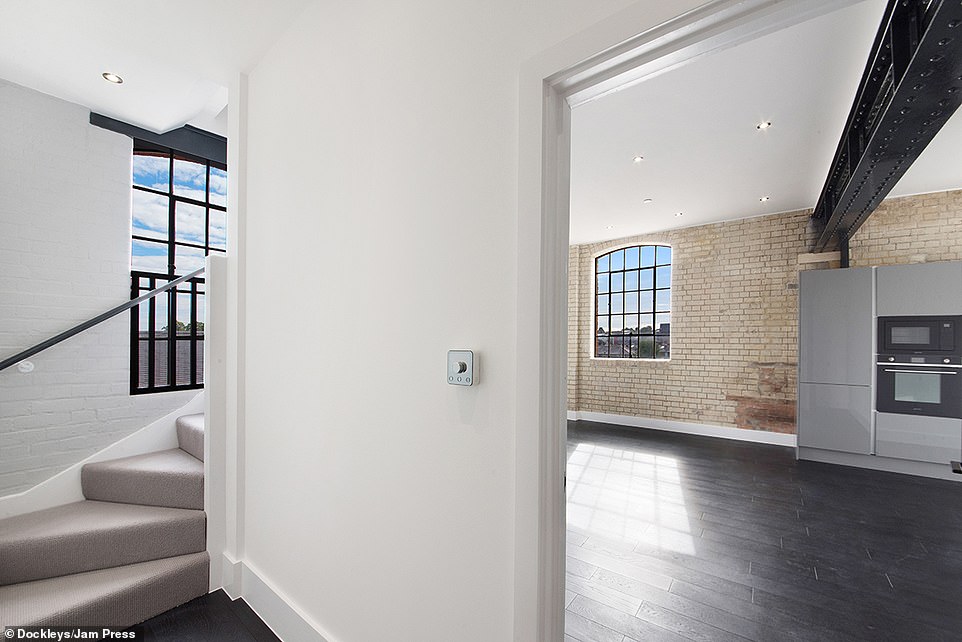 Next to the kitchen, there is a staircase leading up to the next floor of the apartment, also featuring a large window to let in lots of natural light 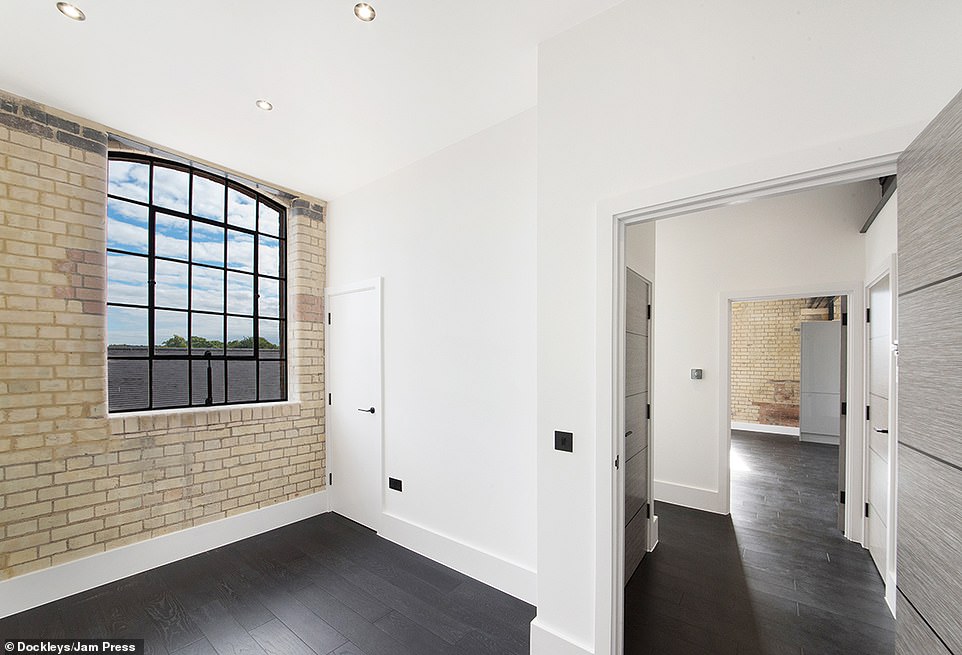 In the duplex apartment, there is a study on the same floor as the open plan kitchen area which features a cupboard and large window 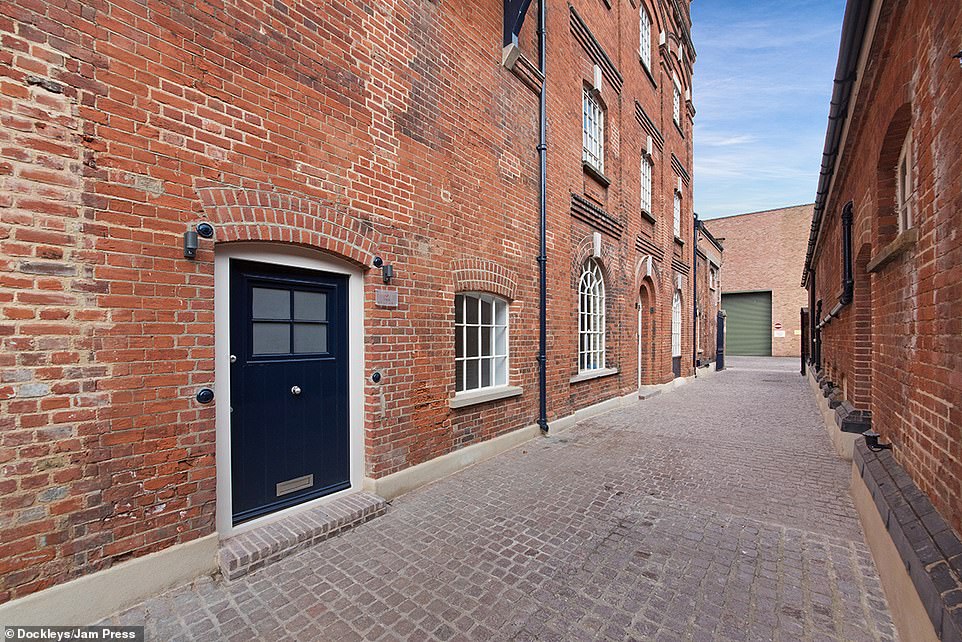 The outside of The Mews House in the Hertford Brewery is pictured. The house is on the market with Dockleys for £775,000