Two Los Angeles sheriff’s deputies were shot in an ambush at a bus station by a male suspect who then fled the scene, local outlets reports.

The two deputies, a male and female officer with the Transit Services Bureau, were shot at the Compton PAX station.

A male suspect got off a bus at the station and shot the deputies before fleeing the scene, KTTV reports. 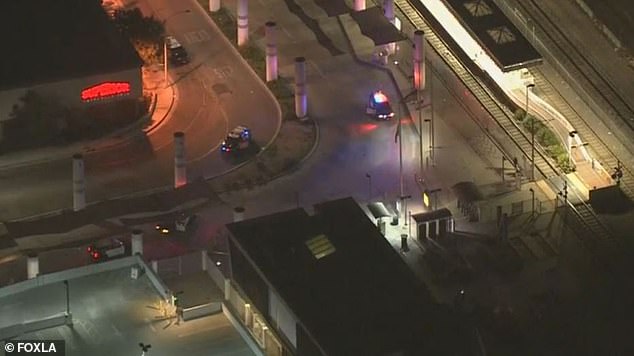 The two deputies, a male and female officer with the Transit Services Bureau, were shot multiple times at the Compton PAX station on Saturday night

Both deputies sustained multiple gunshot wounds and are in critical condition, according to the department’s Twitter account

They are currently undergoing surgery and Sheriff Alex Villanueva is at the hospital now.

‘Moments ago, 2 of our Sheriff Deputies were shot in Compton and were transported to a local hospital,’ the department said in a Saturday night Twitter post.

‘They are both still fighting for their lives, so please keep them in your thoughts and prayers. We will update this thread with information as it becomes available.’

This is a developing story.