Two Illinois social workers who failed to respond to injuries seen on a five-year-old boy, shortly before he was killed by his parents, have been charged in connection with his death.

AJ Freund died in April 2019 after years of abuse by his parents, in a case which has become emblematic of the systemic failures of the social services.

JoAnn Cunningham, 37, pleaded guilty last year to killing her son and in July was sentenced to 35 years in prison for his murder.

The boy’s father, Drew Freund, 61, has been charged with murder and is in negotiations for a plea deal, his lawyers said. 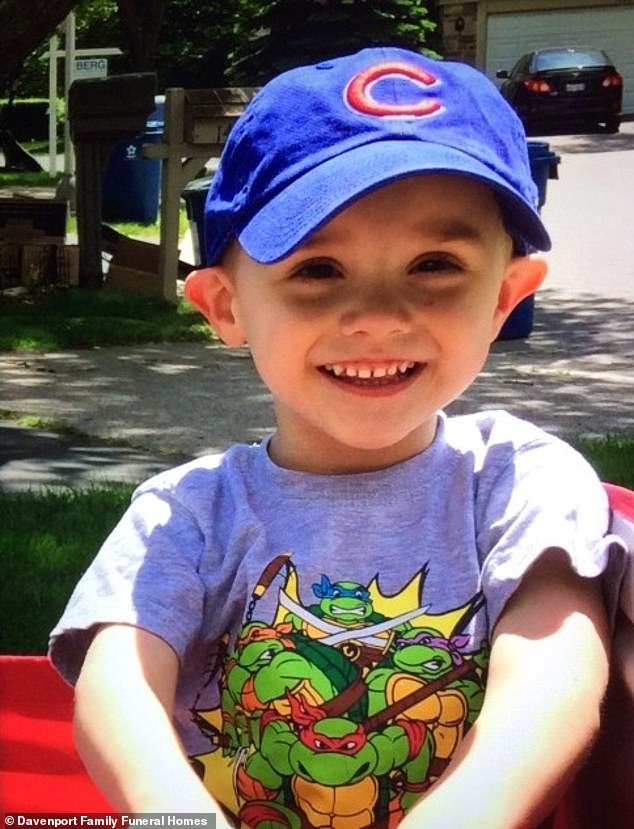 AJ Freund, five, died in April 2019 after years of abuse at the hands of his parents 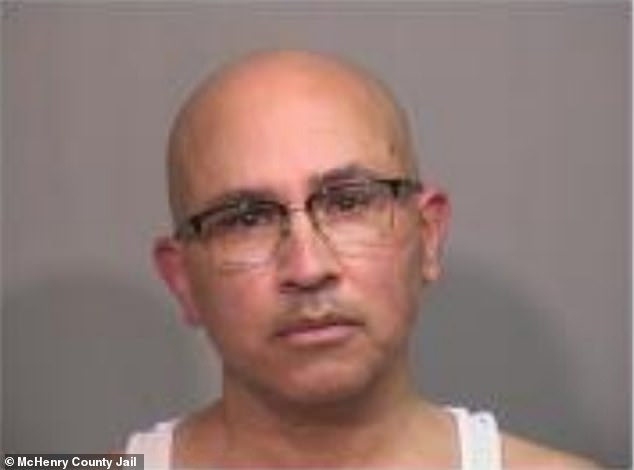 Carlos Acosta, 54, was arrested on Thursday on charges of child endangerment 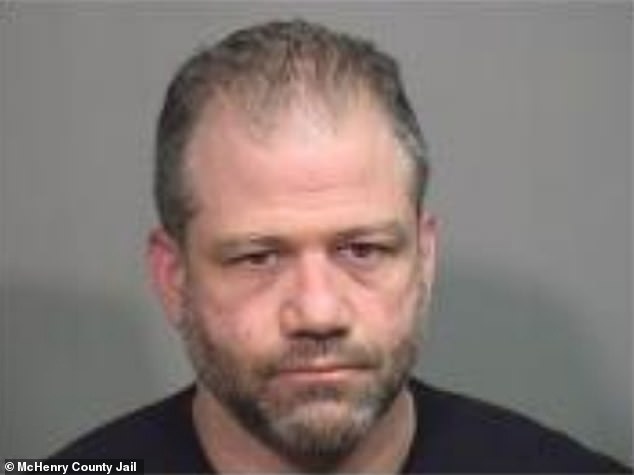 On Thursday two Crystal Lake social workers were arrested on child endangerment charges, after a grand jury returned an indictment.

Carlos Acosta, a 54-year-old McHenry County board member, was charged with two felony counts of endangering the life of a child and one felony count of reckless conduct. 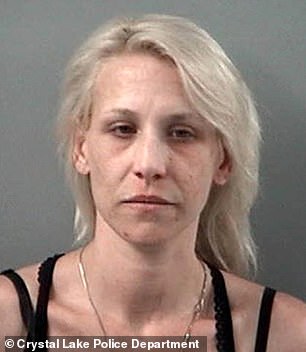 Cunningham, pictured at the time of her arrest last spring by Illinois police

Andrew Polovin, 48, was Acosta’s former supervisor, and was arrested on the same charges.

Both men had their bail set at $20,000 and were expected to be arraigned on Friday morning at the McHenry County Jail in Woodstock, Illinois.

The pair were placed on desk duties after the little boy’s death.

In December they were fired by the Department of Children and Family Services (DCFS).

DCFS employees are granted some immunity from civil and criminal charges under the Abused and Neglected Child Reporting Act. Illinois law clarifies that anyone making a report of child abuse or neglect is presumed to have done so in good faith.

Both Acosta and Polovin were involved in an investigation into a large bruise spotted on the child’s hip, four months before he was killed.

Acosta and Polovin’s 2018 investigation involving AJ’s family also is the subject of a federal lawsuit in which both men are named as defendants.

Both former employees are accused in court documents of conducting a ‘sham investigation’ and falsifying records. 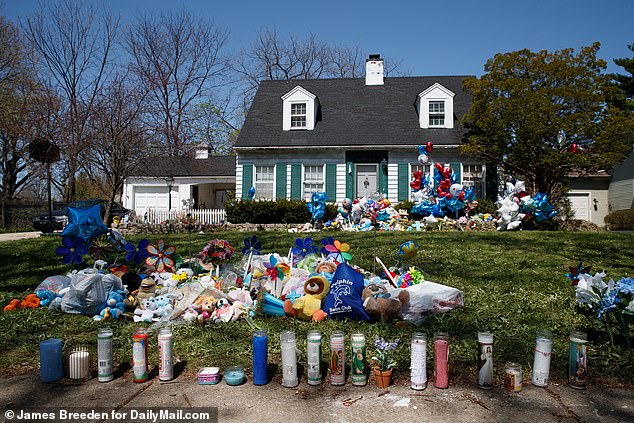 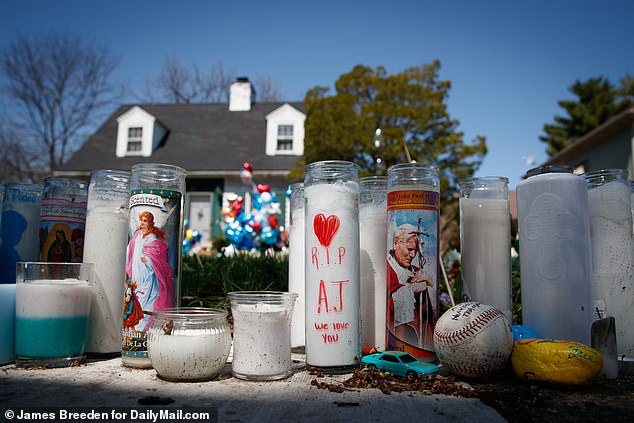 AJ, five, suffered a painful death at the hands of his mother in April 2019 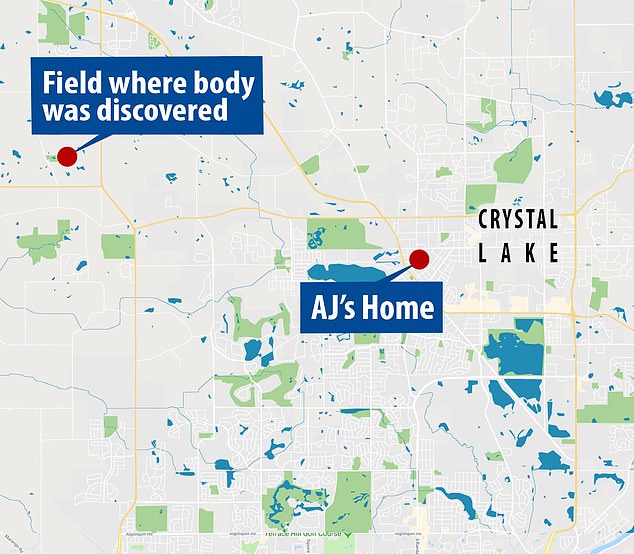 Acosta, who had been with the department for 25 years before his firing, has said he followed DCFS procedures during the 2018 investigation.

‘I don’t deny the fact that I was there four months before and that’s something that I’m going to have to live with forever,’ Acosta told Shaw Media Illinois in an interview late last year.

‘Did I still follow the policy and weigh the evidence that I had at the time? Yes.’

According to the affidavit, which also referenced Acosta, Polovin allowed protective custody of AJ to lapse before conducting a proper investigation.

The paper reported that Polovin is also accused of failing to include a Crystal Lake police report, medical records and home safety checklist with AJ’s December 2018 file.

‘From the Inspector General’s report, it is indicated that Mr. Polovin’s lack of supervisory oversight was willful and [wanton], given the nature of the injury, the explanations that had been given and rejected by police and unsupported by medical examination,’ Diviacchi said in his affidavit.

Diviacchi claimed in his affidavit that Polovin failed to take a number of steps before allowing AJ to return home in December 2018. 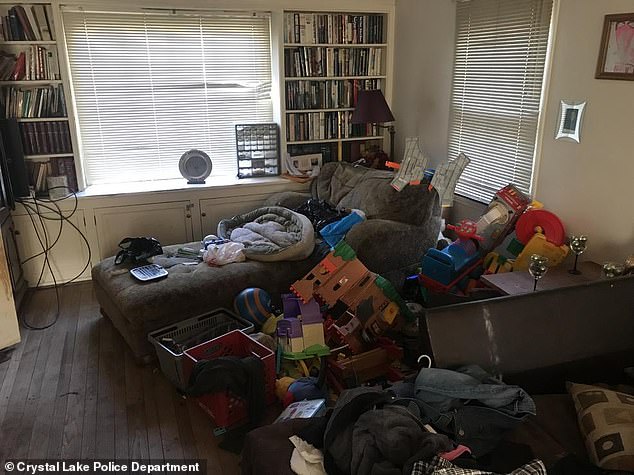 Photos of the Freund’s home showed a state of disarray, with garbage and dog feces on floor

She responded to a call at Freund and Cunningham’s home on December 18 – the third full investigation involving Cunningham and her children.

Cunningham was known to the Illinois Department of Children and Family Services long before AJ’s fatal beating, the Chicago Tribune reported.

A 2019 review by the paper found evidence of 10 hotline calls since 2012 regarding her care of children — including her firstborn son and a foster son she raised for a short time — from police, hospital staff, neighbors and even her own mother.

Four of the 10 calls were before AJ was born.

In December 2018 Acosta met with AJ at the Crystal Lake police department and asked him about the large bruise officers noticed on his hip.

According to Diviacchi’s affidavit, Acosta later described the injury ‘by saying he had not seen bruising like it in his years as a child protection investigator.’

The boy was returned to his parents, and would be killed four months later.

Cunningham, who has been diagnosed with ‘significant personality dysfunction’ and has a long history of drug abuse, never detailed the circumstances surrounding the child’s death. 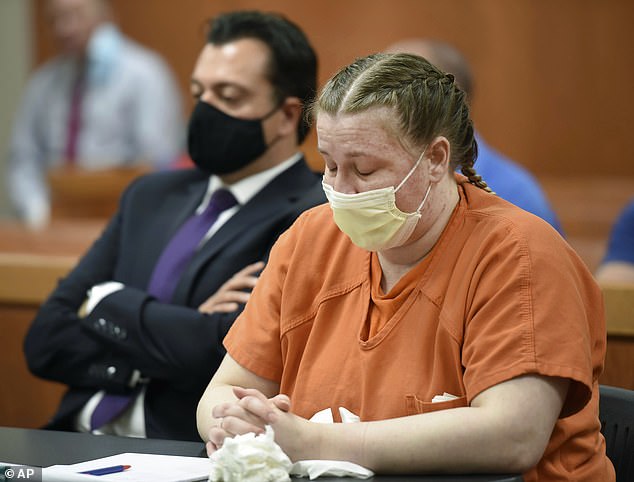 JoAnn Cunningham, pictured in court in July, has pleaded guilty to AJ’s murder 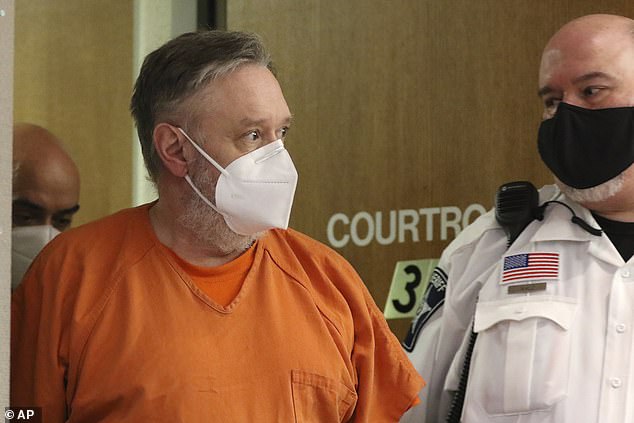 AJ’s father told authorities that Cunningham engaged in ‘some hitting’ and the boy was placed in a cold shower until he would admit the truth about hiding his soiled underwear.

Freund described watching Cunningham question AJ in the shower as ‘she was like taking the spray nozzle thing and putting it like right in his face. Sometimes lose his balance and fall in the tub’.

Cunningham awoke Freund at 3am on April 15, 2019, to tell him AJ, who had been sent to bed earlier, was not breathing.

The couple searched for information on child CPR on Freund’s phone and, after realizing AJ was dead, Freund told Cunningham he would ‘handle it,’ placing AJ’s body in a plastic tote in the basement and burying him days later.

After a frantic six-day search, his battered remains were unearthed from a shallow grave about seven miles from his home in Woodstock.

Cunningham pleaded for help finding the boy the day after he was reported missing.

Judge Robert Wilbrandt, who sentenced Cunningham in July, told her that her actions were ‘inhumane, repulsive and, frankly, shocking.’

He said she lied, cheated and manipulated her way through life while ‘terrorizing her small son.’

A forensic pathologist who conducted the child’s autopsy described fatal head injuries and cuts and bruises across his entire body and limbs.

AJ inhaled his own blood before his painful death and had small, circular marks on his forehead consistent with the pattern of a detachable shower head.

‘It’s a pretty bad case,’ testified Dr Mark Witeck, who estimated he has conducted some 7,000 autopsies throughout his career.

‘Not the worse one I’ve seen but very bad.’ 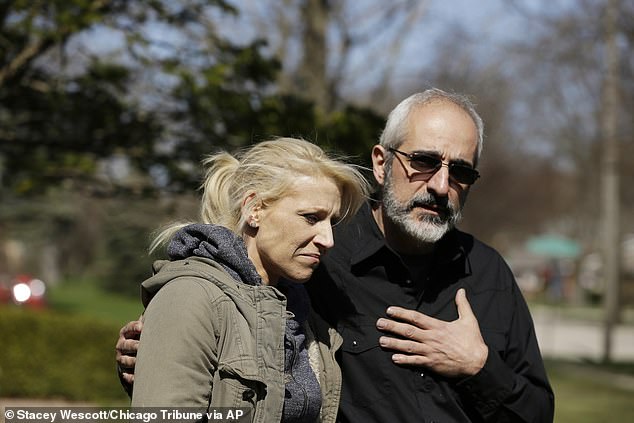 Cunningham, with her attorney George Killis, pleaded on April 19, 2019 for help finding him

‘It was a horrible death, preceded by a horrible life,’ said Judge Wilbrandt.

The judge spared her the maximum 60 year sentence.

AJ’s family said they were disappointed at the sentence.

‘We know that whatever the punishment, it will not ease the loss and pain we feel,’ the statement said.

‘AJ was an innocent, precious little boy whose life was taken from him after he endured, what we now know, was much pain and suffering.

‘We had expected JoAnn would pay for that by spending her natural life in prison.’

Cunningham has two other sons, 20 and 5, and a nearly 14-month-old daughter.

‘I’ve been mentally and physically abused, all without a single moment of encouragement, which slowly drained my heart of joy and peace.’

She tearfully described herself as someone who was viewed as a throwaway in society or an outcast, spending her life on ‘autopilot, hanging on by a thread.’

‘Nobody will ever understand unless they’ve walked in my shoes or know the torment I’ve suffered,’ she said.

‘And I will try to rise above human scorn and judgment. I never thought of my own well-being and even if I did, I couldn’t help myself. I was mentally unavailable even to myself.

‘Unfortunately, I managed to dispel my anxiety, depression and pain with drugs.’

Of the son she murdered, stopping short of apologizing, Cunningham said she loves and misses him. The mother said she is working to be a better person.

‘I want my children to be proud of me,’ she said.