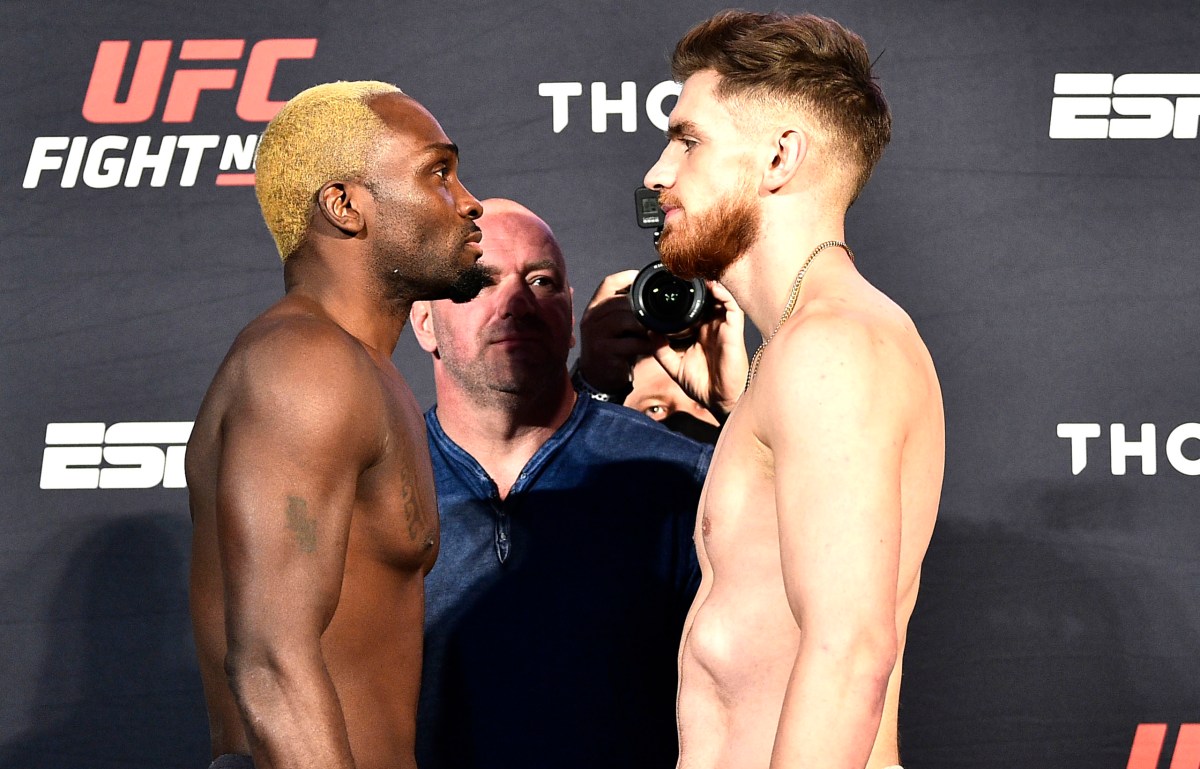 The UFC returns to the APEX in Las Vegas, where the fighting talent goes from highly international to almost entirely American. The original main event was to feature Holly Holm versus Irene Aldana in a women’s bantamweight fight, but Aldana pulled out after contracting COVID-19. The organization says the fight will be rebooked.

For the second week in a row, a middleweight battle becomes the main event. This one will feature Derek Brunson (+280 at William Hill) versus heavily favored Edmen Shahbazyan (-360) and will remain a scheduled three-round bout.

The eighth-ranked Brunson is 36 and will hold a vast experience advantage over his ninth-ranked opponent. Brunson has been fighting professionally since 2010, compiling a 20-7 record. Since 2014 he has realized a 9-4 record as a middleweight, with losses only to the division’s elite — Ronaldo Souza, Anderson Silva, Israel Adesanya and Robert Whittaker. Adesanya and Whittaker defeated Brunson on their way to UFC titles.

Brunson brings a complete arsenal as a college wrestling star and possesses a brown belt in Brazilian Jiu-Jitsu. He works best when pressing forward, using striking to set up his aggressive wrestling, but he must remain guarded because he has been exploited in previous fights rushing in to engage. His striking, while unpredictable and explosive, can also be awkward and leave him open to counterstriking.

Brunson averages 2.8 takedowns per 15 minutes, which I believe will be key as Brunson’s wrestling is his advantage. Expect Brunson to do everything he can to get this fight to the mat.

Brunson seems to be set up as a measuring stick for another young, ambitious middleweight, and he’s having nothing to do with it. He has stated his disdain for being inserted into this situation and has promised to take it out on his younger opponent.

Everything in Brunson’s body of work indicates he is ready to fire. He followed that late-2018 loss to Adesanya with impressive wins over Elias Theodorou and Ian Heinisch, so he enters with confidence and momentum along with something to prove.

Shahbazyan is 22 and has been fighting professionally for three years. While he’s much less experienced, he’s undefeated in 11 fights since turning pro in 2017. Shahbazyan’s body of work displays rapid improvement, but his last four important bouts have been against older, slower, mostly washed-up middleweight talent.

Shahbazyan is capable wherever the fight takes place, as he has realized 6.8 takedowns per 15 minutes as well as landing 4.1 strikes per minute, though those numbers were against fighters nowhere near the level of Brunson or the level of competition Brunson has faced. A Shahbazyan win would indicate he stands as a young, emerging talent, while a Brunson victory would solidify him as a top-six fighter in a very competitive division.

I’m leaning to Brunson based on his wrestling acumen and depth of experience.