United Airlines says it will fly 40 percent of its full flight schedule by next month after adding new and restored flights amid the coronavirus pandemic.

The airline announced that it plans to add limited capacity to its flight schedule for October.

Domestic flights will be running at 40 percent of its full schedule compared to the same month last year.

Part of the restored flights include eight new routes to Hawaii.

The airline is adding the new flights off the back of the state’s planned pre-arrival testing program that is due to be implemented on October 1. 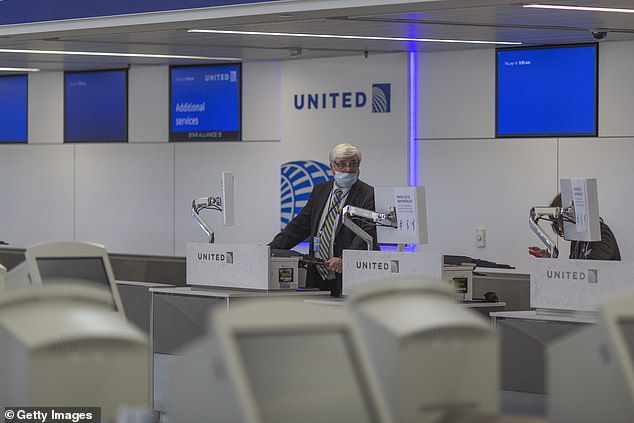 As part of the program, the state is scheduled to start allowing out-of-state visitors to return without having to quarantine for 14 days after arrival if they have a negative COVID-19 test.

United also expects to fly 33 percent of its schedule for international flights in October.

The airline has added flights to cities in Mexico, Central America and South America.

‘We continue to be data-driven and realistic in our approach to rebuilding our network,’ United’s vice president of Domestic Network Planning, Ankit Gupta, said in a statement.

‘Because October is typically a slower month for leisure travel, we’re adjusting our schedules to reflect these seasonal changes in customer demand while resuming service or adding capacity on routes where we’re seeing increased customer demand for travel.’

Adding flights to its schedule is the latest attempt by the airline to boost bookings that have been wiped out by the coronavirus pandemic.

The Chicago-based airline is among the major US carriers that began implementing temporary waivers of change fees this year to give passengers more flexibility with their travel plans given the uncertainty surrounding the pandemic. 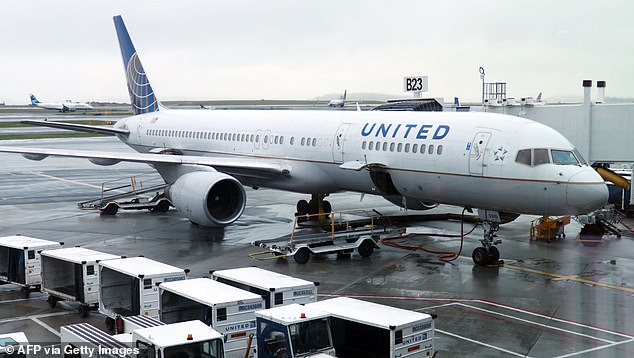 United has now made the policy permanent for all standard economy and premium cabin tickets and also applying it to any ticket already booked through the end of the year.

The standard change fee – charged to passengers who change their tickets – for domestic flights was $200.

In another change beginning January 1, United will allow customers to list for stand-by for free on a different flight on the same day of travel with the same departure and arrival cities if a seat is available.

United said last week that it was preparing to furlough 16,370 workers when federal aid expires on October 1.

United’s cuts include 6,920 flight attendants, but the union representing them said 14,000 will not have a paycheck in October unless Congress acts to extend $25 billion in aid.

This is because many have opted for leaves that will provide healthcare but no money, Association of Flight Attendants-CWA International President Sara Nelson said.

Airlines have been lobbying Washington for a second stimulus package to protect jobs through March while the industry awaits a recovery.

The first $25 billion, which covered airline payrolls, expires this month, but talks have stalled as Congress has struggled to reach agreement on a broader coronavirus assistance package.

Chicago-based United had over 90,000 employees before the pandemic brought the industry to a near standstill in March. It warned in July that 36,000 jobs were at risk of involuntary furloughs as demand remained weak.

Airlines are still being battered by the coronavirus pandemic as travel restrictions and fear of contracting the virus are keeping travelers at home.

Normally in summer, 2 million or more people pass through security checkpoints at US airports each day but that number hasn’t been above 900,000 since mid-March when the pandemic first hit.