A popular Sydney pub has been fined $10,000 after it was caught hosting two birthday parties breaching COVID-19 restrictions, with revellers packed together on the dance floor.

The Unity Hall Hotel in Balmain was fined $5,000 on August 7 after bosses were caught with outdated COVID-19 safety plans, a lack of distancing between chairs and inadequate sign-on methods for patrons.

But when NSW Police returned to the pub the following day after a public complaint, they found 32 patrons at a private function drinking, dancing and mingling.

The hotel was fined another $5,000 from NSW Police and Liquor and Gaming authorities and ordered to close for a week starting from 5am on Wednesday. 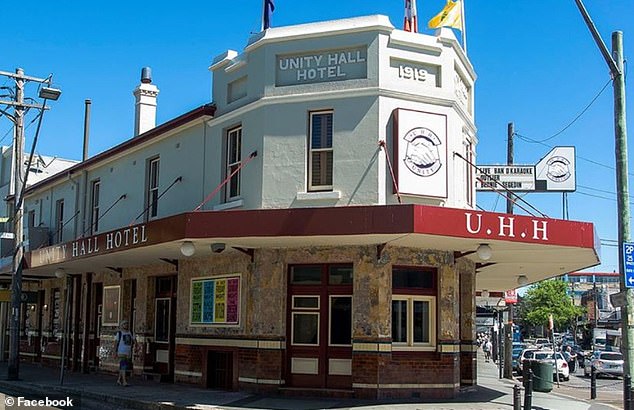 The Unity Hall Hotel in Balmain (pictured) has been fined $10,000 after it was caught breaching COVID-19 regulations on two separate occasions

Footage from the hotel shows revellers scattered across the pub with large groups taking to the dance floor.

The pub has since issued an apology on its Facebook page, saying it didn’t understand the updated rules.

‘We acknowledge that we did not fully understand every aspect of the changing regulations and we should have,’ the Union Hall Hotel wrote.

‘The standards required of the hotel by the health authorities are very high, but we recognise that the consequences of this virus are severe and are not to be taken lightly. 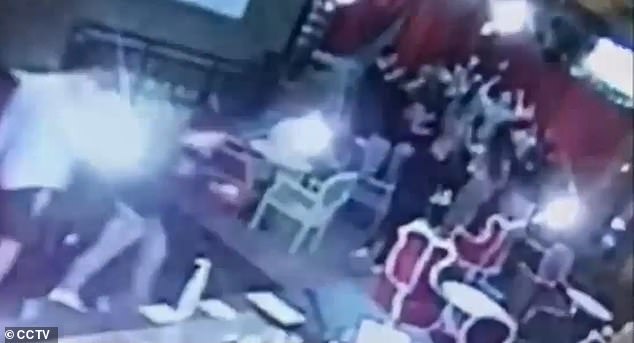 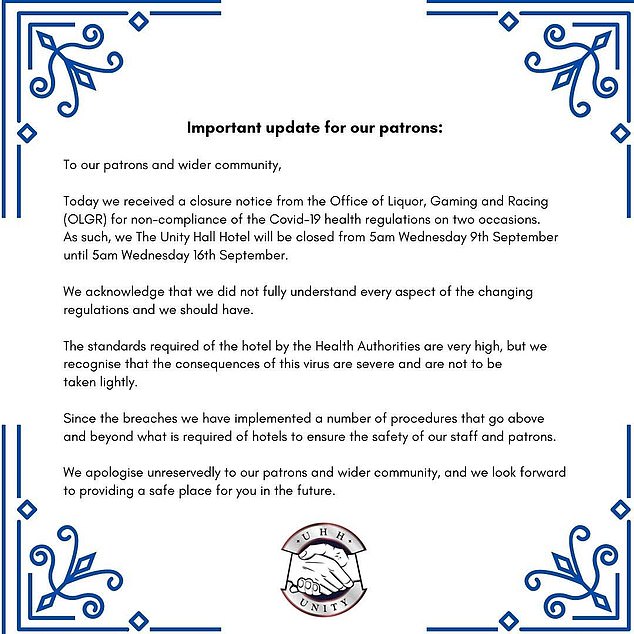 ‘We apologise unreservedly to our patrons and the wider community, and we look forward to providing a safe place for you in the future.’

NSW Minister for Customer Service Victor Dominello said venues who did the wrong thing could expect a hefty punishment.

‘I don’t enjoy seeing businesses shut, but if they are putting everybody else at risk I have no hesitation,’ Mr Dominello told Nine News.

‘We don’t have a vaccine yet, we are still living in pandemic conditions and if people have any doubt about the severity of it, look at Victoria.’

In NSW alone, a staggering $480,000 in 108 fines have been handed out to venues for breaching coronavirus regulations.