U.S. Marshals have launched their first ever operation in Ohio to rescue an estimated 200 children who they believe are suffering abuse, neglect and sex trafficking.

Since Operation Safety Net begun two weeks ago, 25 children have been found – some as far afield as Miami.

‘These are kids that have been abused, neglected. Some involved in human trafficking,’ said U.S. Marshal Pete Elliott. 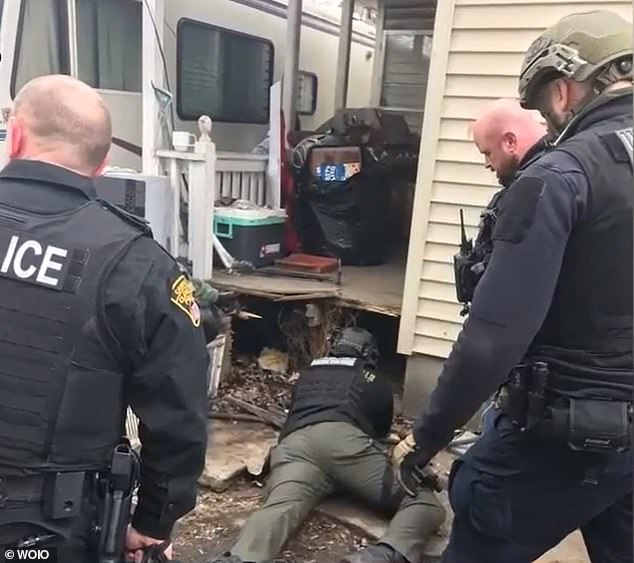 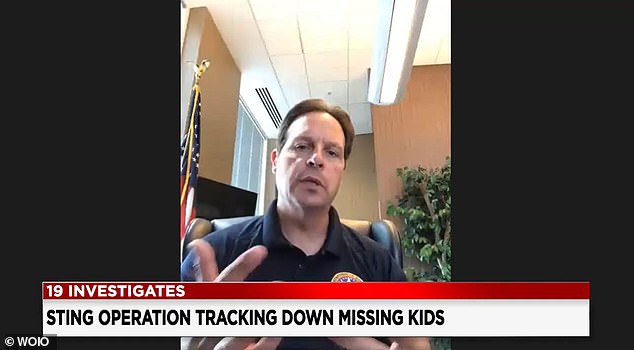 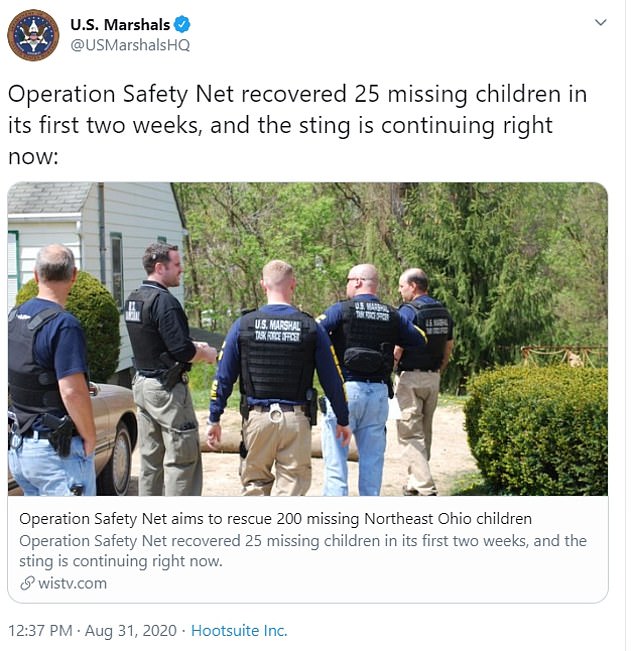 US Marshals are celebrating Operation Safety Net, which is continuing until October

He told local news station WOIO that many of the missing children had suffered intense trauma from birth.

‘We’ve had some cases where the mother and or father, or both, may have been prostituting their own child.’

Elliott said his team was working with the Cleveland, East Cleveland and Newburgh Heights police departments.

The children they had located so far were aged between 13 and 18 years old, and one in four were victims of human trafficking.

‘We’re trying to do our part. A number of these children have gone to the hospital after we’ve recovered them to get checked out, so again this is something we take very seriously,’ Elliott said.

He told the channel that 350 men and women from 125 different departments across the state were involved in the search.

‘I’ll tell you this, it will be something we’ll be doing every year,’ he said. 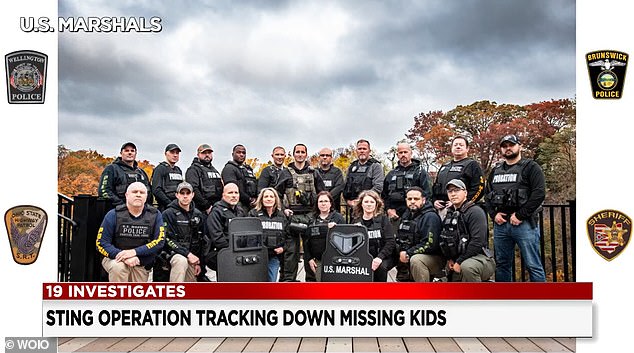 ‘This is our first time we have done this, it’s been uncharted territory for us, but we’ve had great success.’

Mike DeWine, governor of Ohio, on Tuesday praised the ‘great, great effort’ being put into tracking down the children.

Although only some of the children were believed to be victims of human trafficking, he called on all residents to recognize and report signs of it – signs such as repeatedly running away from home, or evidence of physical abuse.

Last year 23,500 endangered runaways were reported, and one in six of them were probable victims of child sex trafficking, according to the National Center for Missing and Exploited Children.

More than 90 per cent of missing children in the U.S. are classified as ‘endangered runaways,’ or children under 18 who fled their homes on their own.

The designation also can include children who were enticed by online predators, who fled with mental health or special needs conditions, or victims escaping sex trafficking or forced prostitution at their own home.

A similar operation in Georgia, dubbed ‘Operation Not Forgotten’, has seen 39 children recovered. 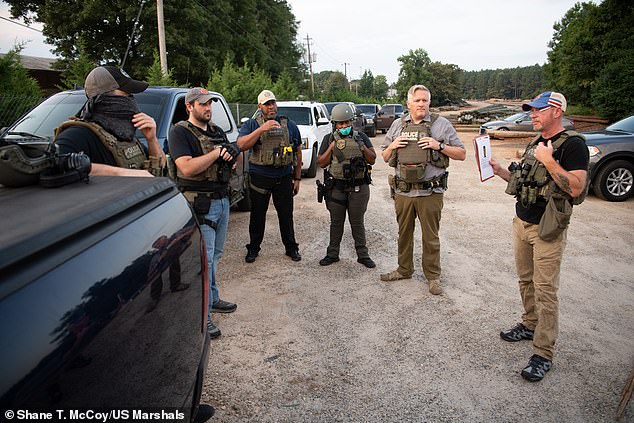 US Marshals in Georgia, pictured, carried out an operation similar to that in Ohio 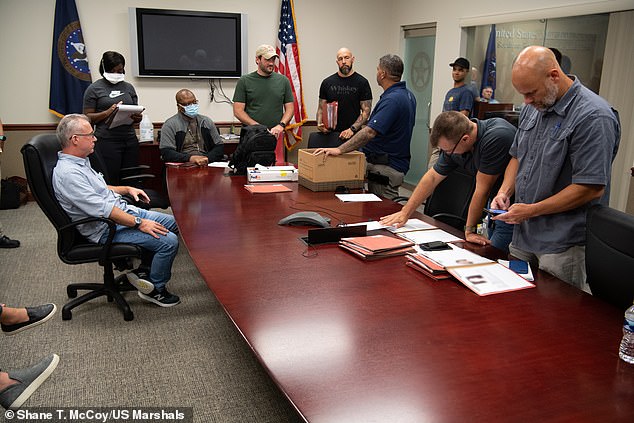 Operation Not Forgotten, in Georgia, has seen 39 children rescued by US Marshals 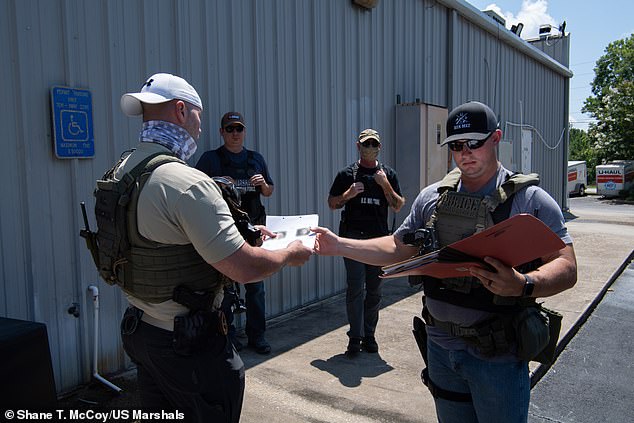 US Marshals have helped recover 1,800 missing children nationwide since 2005

Many of those rescued were found with a parent, kidnapped by a parent, had gone missing from child services or had fled juvenile justice, the center said.

Staca Shehan, a vice president with the center, told USA Today on Tuesday that operations such as those in Ohio and Georgia were vital for raising awareness of the problem, and for emphasizing that the stereotype of a missing child being one abducted by a stranger was often not true.