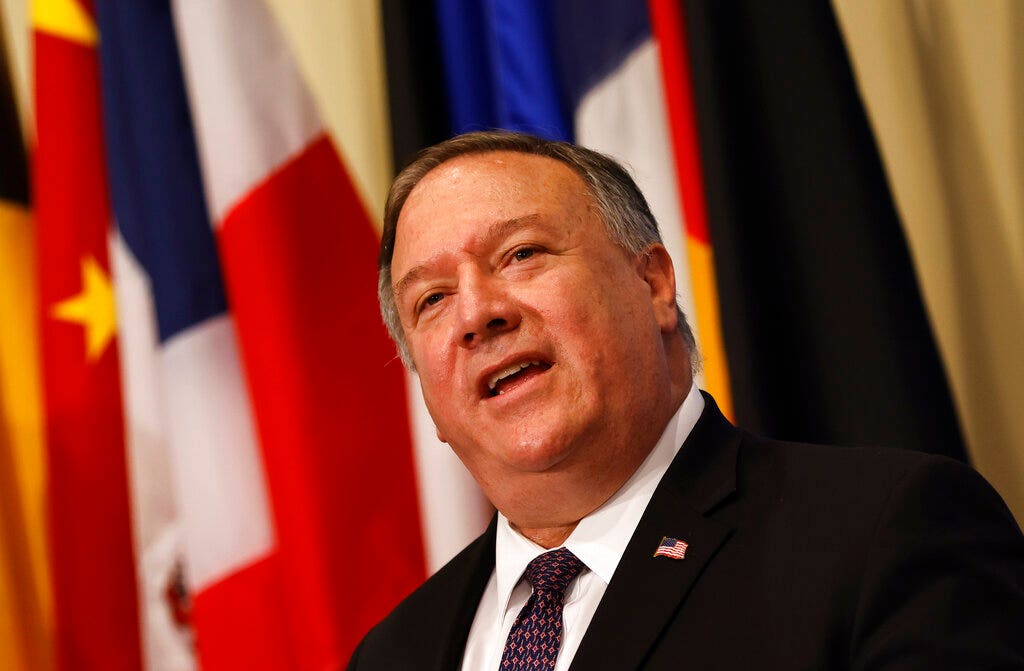 Pompeo also cited Phakiso Mochochoko, the ICC’s Head of the Jurisdiction, Complementary and Cooperation Division, for assisting Bensouda in her investigation.

The ICC is an international court that investigates and tries genocide, crimes against humanity and war crimes.

Born out of genocides that erupted in Rwanda and in the former Yugoslavia, the ICC seeks to hold perpetrators of international crimes accountable – 123 states recognize the international court that was formed by the Rome Statute in 1998, but the U.S. is not one the signatories to the statute.

Pompeo called the ICC “a thoroughly broken and corrupted institution,” during a Wednesday press briefing.

“The United States has never ratified the Rome Statute that created the court, and we will not tolerate its illegitimate attempts to subject Americans to its jurisdiction,” he added.

In June, Trump administration announced that economic sanctions would be placed on people affiliated with the ICC and its members who “target” American’s in their investigations.

Pompeo said that anyone found to be assisting Bensouda or Mochochoko risks being sanctioned.

The court granted Bensouda the authority to investigate alleged crimes committed in Afghanistan by the Taliban, Afghani forces and U.S. forces in March.

Bensouda initiated her request to investigate actions committed since 2003 in Afghanistan in Nov., 2017.

She will be looking into crimes committed against humanity and war crimes by the Taliban and their affiliated Haqqani Network.

And investigations into alleged war crimes by members of the U.S. military and the Central Intelligence Agency (CIA) will be conducted. The investigations will also target the “secret detention facilities” in Afghanistan “and on the territory of other States Parties to the Rome Statute, principally in the period of 2003-2004”.

The Trump administration revoked Bensouda’s visa last year, though she is still allowed to travel to New York due to an agreement between the U.S. and the United Nations, according to a report by Reuters.

U.N. spokesperson, Stephane Dujarric, told reporters Wednesday that Secretary-General Antonio Guterres is concerned by Pompeo’s announcement and will be following the situation closely.

“We trust that any restrictions taken against individuals would be implemented consistently” with the U.S.’s agreement with the U.N. to hold the international body’s headquarters in New York, Dujarric said.