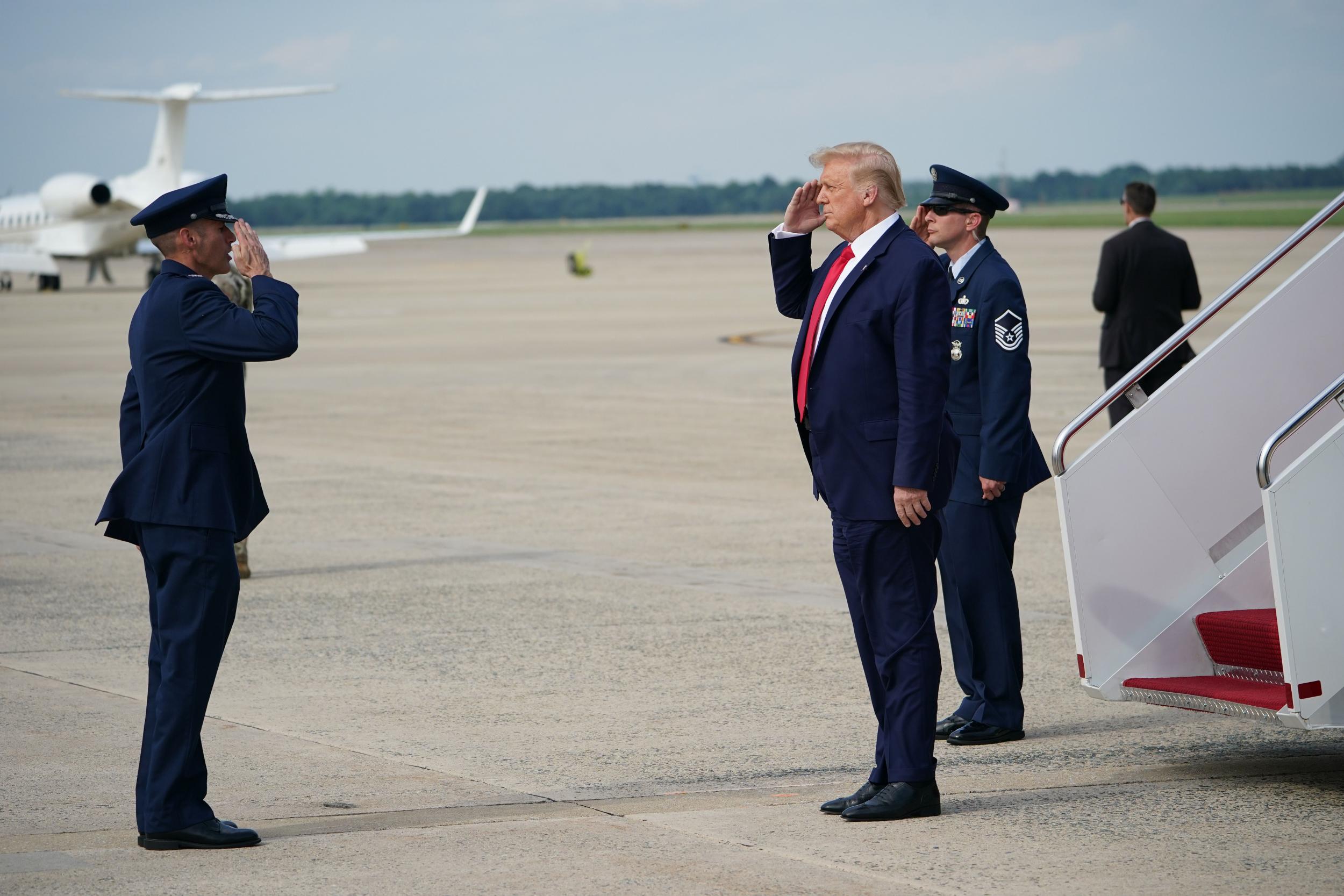 A progressive US veterans group has hammered Donald Trump in an election ad aimed at his treatment of US service members, endangered by president’s refusal to intervene in the Russian bounty scandal, according to the ad.

Political action committee VoteVets, counting 700,000 veterans and their families and supporters among its members, said that the president is “panicking” and “finding any excuse to show up in military communities” following alleged threats among Russian-backed militia in Afghanistan to target US troops, as well as “unconstitutional” attempts to deploy service members into cities against other Americans.

“He knows if elections were held today he’d lost the military vote in a landslide,” according to the ad, quoting a recent Military Times poll that found 60 per cent of active-duty officers disapprove of his term in office.

The poll, released this week, was performed before Republican and Democratic presidential nominating conventions. In a survey of 1,000 active-duty troops, nearly half had an unfavourable view of the president. Among all participants, 42 per cent said they “strongly” disapprove of the president.

Only 37 per cent would re-elect the incumbent.

“Favourable” views of the president in Military Times polls have slipped from 46 per cent at the beginning of his presidency to 42 per cent last year. The 2020 poll reveals that only 38 per cent of respondents have a favourable view.

The VoteVets ad follows another military-focussed ad from Republican Voters Against Trump, which featured several Republican veterans speaking out against the president in support of his opponent. The ad aired on Fox News during the week of the Republican National Convention.

Dozens of national security officials who worked in four Republican administrations also have supported the former vice president in a platform released by Republican Voters Against Trump.

“Our troops are in more danger today because of Donald Trump’s betrayals,” the VoteVets ad says, claiming that the president “abandoned” Kurdish allies in Syria, “playing right into Russia‘s hand.”

He “wouldn’t stand up” against Russian president Vladimir Putin following the bounty controversy, igniting violent and tense confrontations between US and Russian troops, according to the ad.

“His weakness emboldens the enemy,” the ad says. “Now Russia is directly engaging US troops.”

The group has previously targeted the president’s reinstatement of a ban on transgender service members and opposed the administration’s move to tap military funding for construction of a US-Mexico border wall.

It also was among groups demanding the administration rename military bases bearing the name of former Confederate officers.

“Trump’s refusal to defend America’s national security is dangerous,” the ad says. “His refusal to stand up for our troops is humiliating. His threat to deploy active-duty troops against American citizens is unconstitutional. So when it comes to the military vote for the next commander in chief, Trump’s not leading; he’s losing.”