She is one of New Zealand‘s most successful models.

And Georgia Fowler proved exactly why she’s at the top of her game on Tuesday as she showed off her incredible figure at the beach in Byron Bay.

The 28-year-old, who has walked the runway for Victoria’s Secret, stunned in a tiny orange bikini, which showed off her impeccably toned figure. 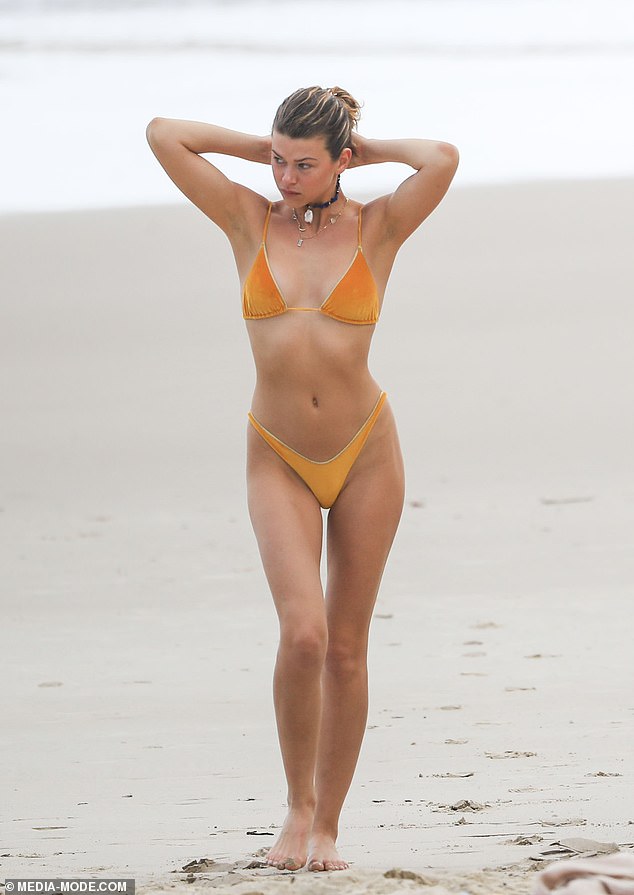 Toned and terrific: New Zealand model Georgia Fowler showed off her flawless figure in an orange bikini at the beach in Byron Bay on Tuesday

Georgia was slightly sunburnt on her backside, but the rest of her body had a golden tan.

She was accompanied by her boyfriend, Australian restaurateur Nathan Dalah, who was carrying a surfboard.

In an interview with Mamamia earlier this week, Georgia revealed the secrets behind her flawless skin. 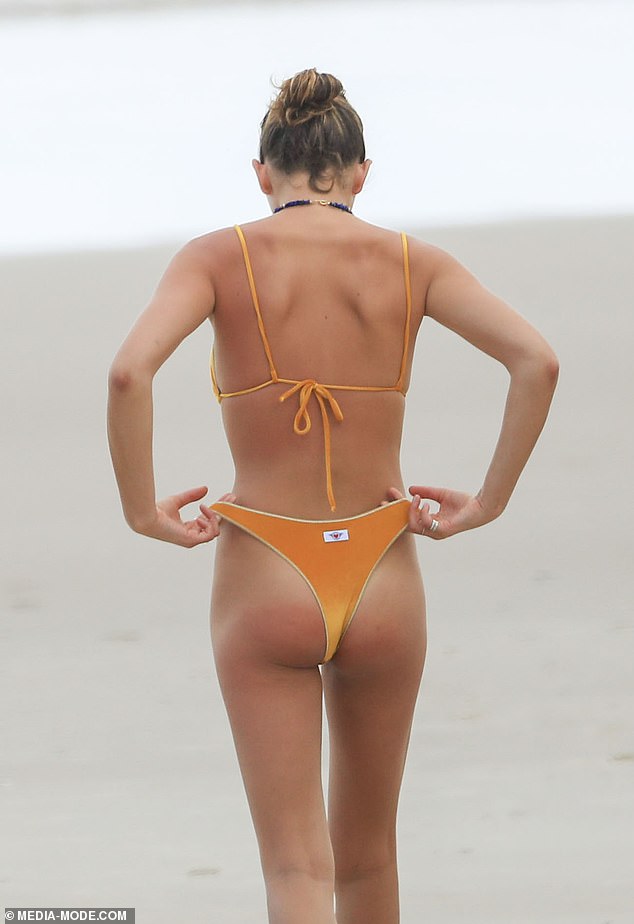 A minor adjustment! The 28-year-old adjusted her bikini bottoms for a brief moment 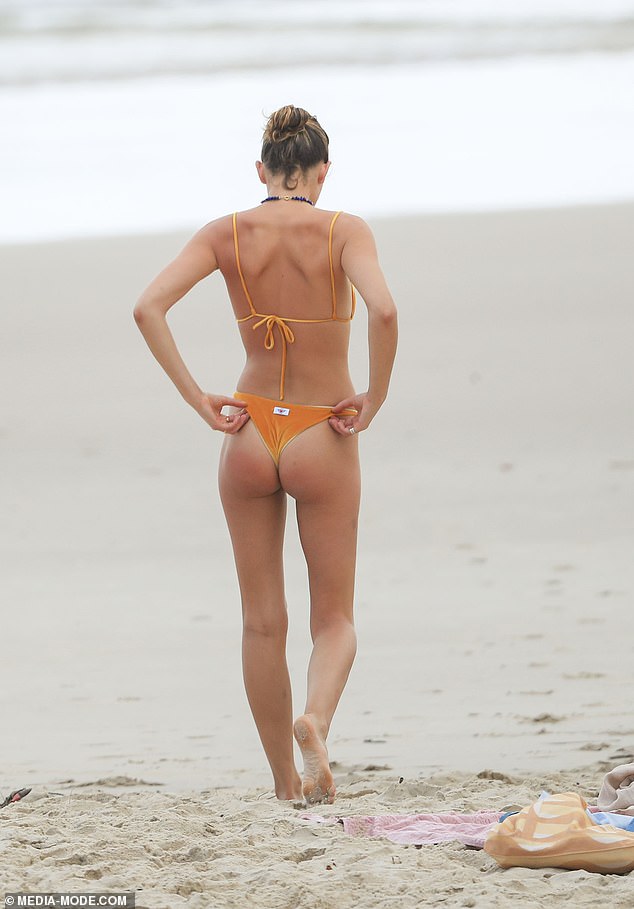 Ouch! Georgia was slightly sunburnt on her backside, but the rest of her body had a golden tan

‘Growing up I didn’t do much, you know I was brought up in New Zealand, and my mum was very no fuss and only used one moisturiser,’ she said.

‘I learnt, obviously being in the modelling industry and having makeup artist and professionals working on my skin all day and every day, what products I should use…’

The Kiwi beauty said that she credits her glowing skin to a number of beauty products from cleansers to sunscreen. 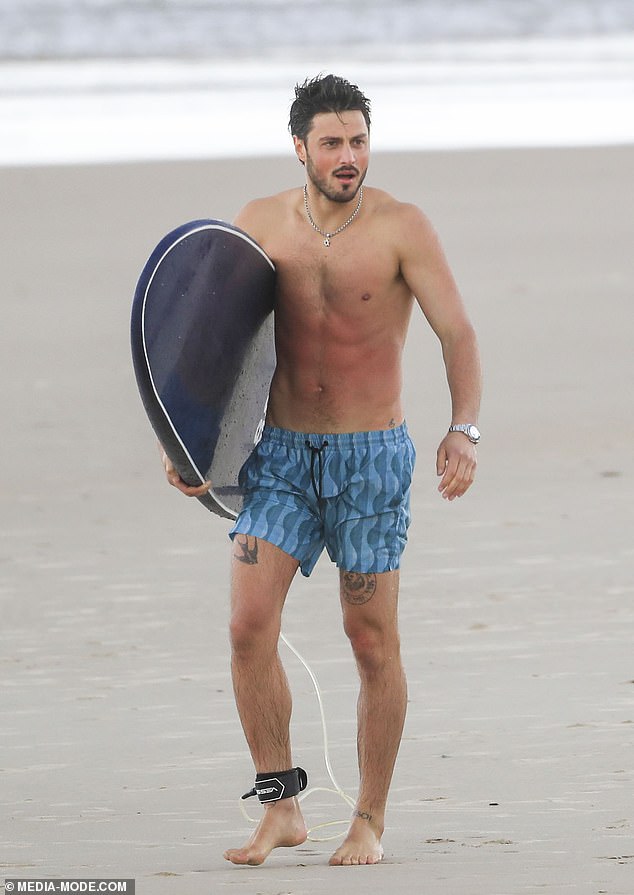 Looking good: She was accompanied by her boyfriend, Australian restaurateur Nathan Dalah, who was carrying a surfboard 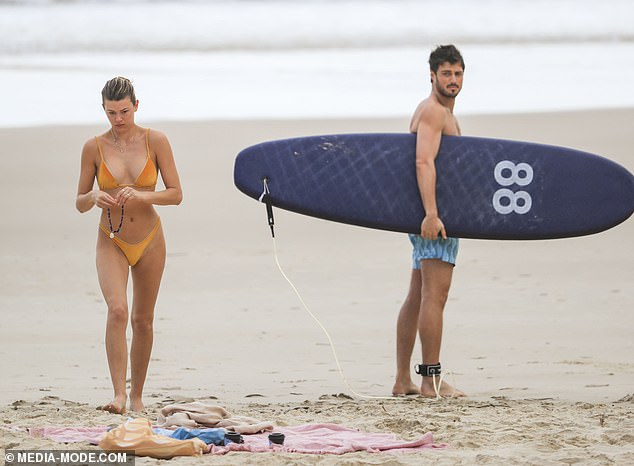 All done? The supermodel walked towards her towel after enjoying a dip in the ocean 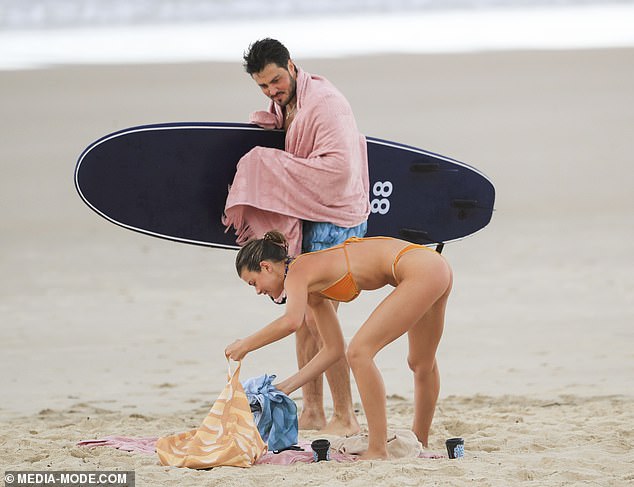 Time to go! Georgia gathered her belongings from the sand as she prepared to leave the beach 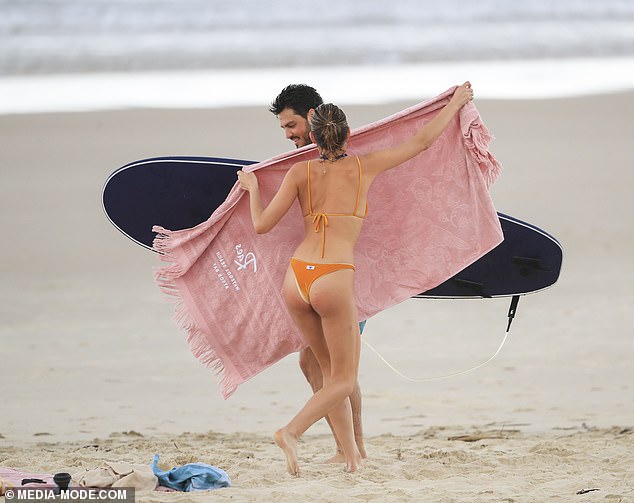 Helping hand: The Kiwi stunner wrapped her large pink towel around her beau 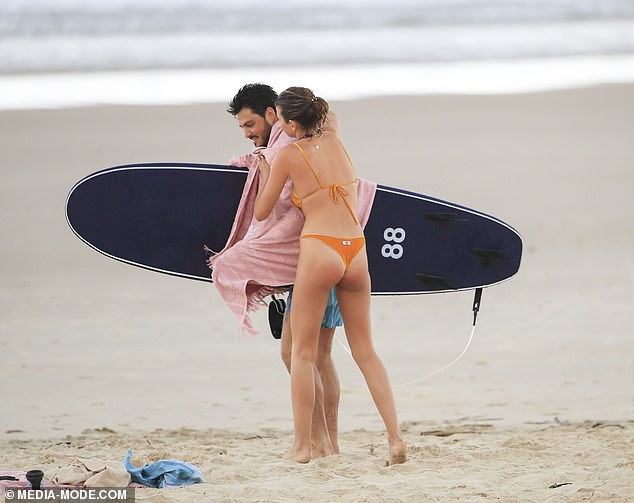 Wrapped up: Georgia playfully wrapped her towel around Nathan to dry him off

Georgia’s favourite cleanser is the Royal Fern Cleansing Balm which retails for $114, as it ‘gives a nice cleanse without drying out your skin too much’.

She also said that she uses an exfoliant every day, to help with ‘blackheads and any impurities’.

When it comes to her favourite serum, the model revealed that her sister turned her on to the $148 Emma Lewishan Skin Reset serum, which helps with ‘getting rid of any pigmentation’. 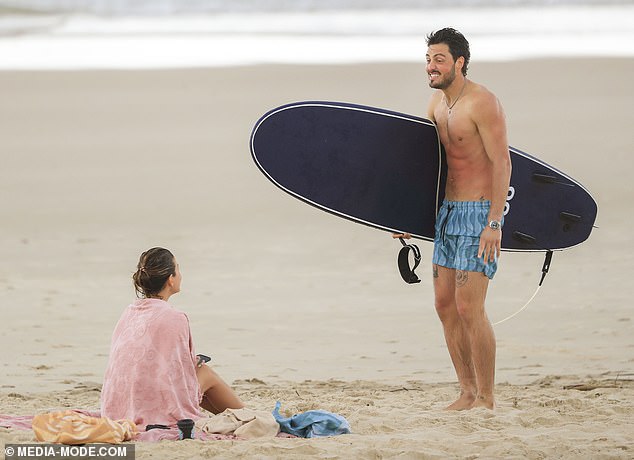 All smiles: Nathan giggled and laughed as Georgia sat below him in the sand 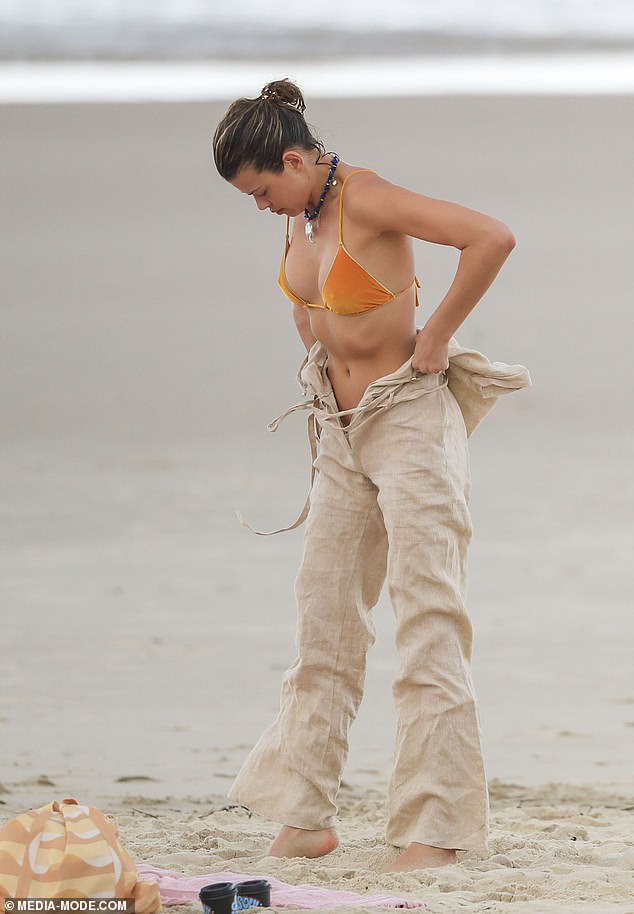 Getting dressed: Georgia pulled up her outfit so she could cover up her bikini

‘It really does helps bring all the blood to the face and gets rid of any excess fluid that’s sitting around or puffy eyes and it’s a really good practice,’ she said. 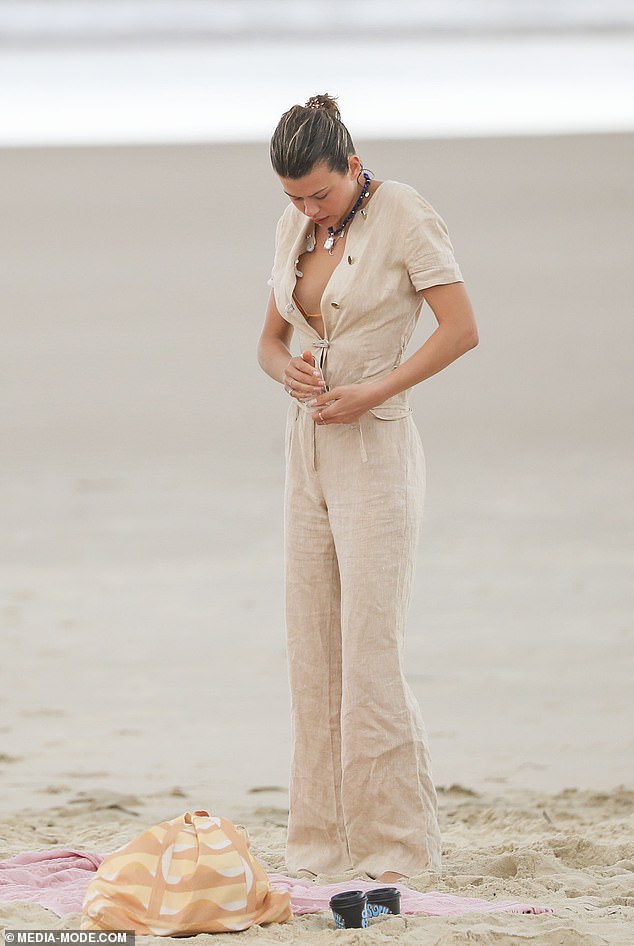 Almost done! She finished putting on her outfit before gathering the last of her beach items and leaving