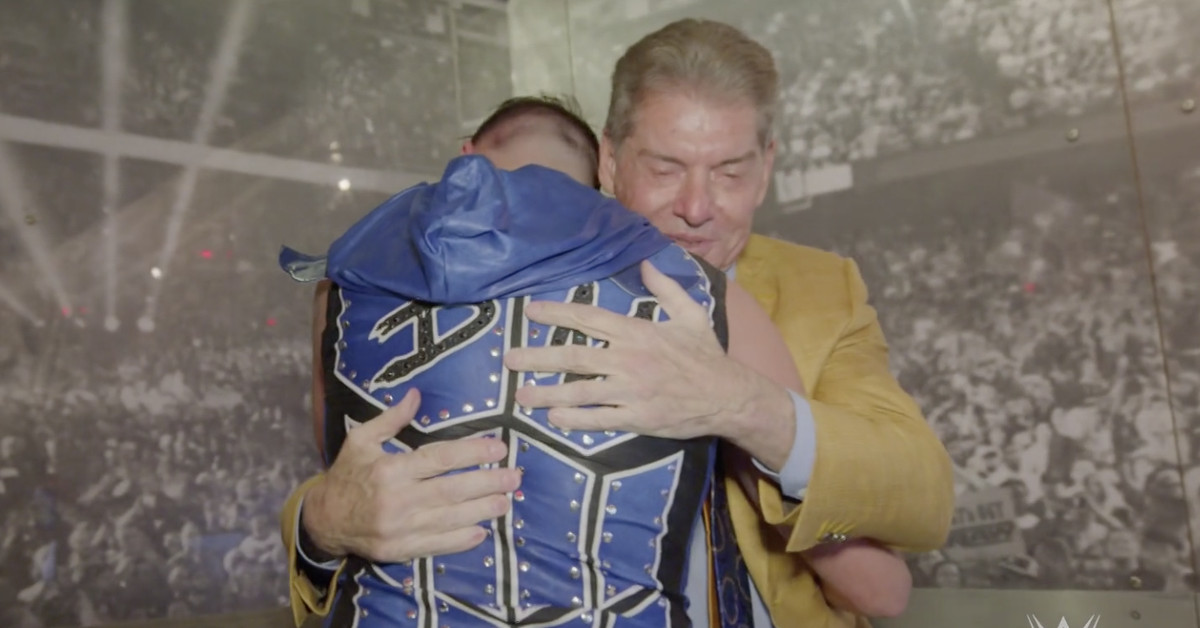 WWE Network’s The Day Of special for SummerSlam 2020 debuted on the streaming service this past weekend. The clip making the rounds from the behind-the-scenes look at the Aug. 24 event at Orlando’s Amway Center features Vince McMahon greeting Dominik Mysterio at gorilla position after his match with Seth Rollins.

Of course, it’s unlikely that the Chairman & CEO of WWE was going to have anything but praise for Rey’s son after his PPV debut. But this is still a very nice scene between the man responsible for modern wrestling, and a young man who could play a big role in its future.

“Congratulations. Very few people can get that kind of reaction whenever they’re in the ring, no matter how long they’ve been in the business. So, you should be very, very proud of yourself.”

The cynical take is that Dominik was performing in an empty building, so we don’t really know what kind of reaction he gets. But if you watch the full scene, where Vince greets him after his mother greets him with tears in her eyes and there’s a line of producers waiting to shake the younger Mysterio’s hand, it’s hard to be cynical.

Plus, Dom has proven pretty good at getting reactions out of fans watching on screens around the world, so there’s no need to be a cynic. He’s not there yet, but the kid clearly has the talent and charisma to put it together and get there.

Just don’t remind mom about the kendo stick beating her boy took prior to SummerSlam. That was too much.