Vince Vaughn has taken on the role of a ruthless serial killer who hilariously switches bodies with a teenage girl in the upcoming comedy Freaky.

Millie (played by Kathryn Newton) is an everyday high school student who mysteriously switches bodies with the Blissfield Butcher (Vaughn) during a violent encounter with the killer.

After the Butcher drives the dagger into her chest, Millie awakens in the body of the murderer in his demented lair full of dead rats and mannequins. 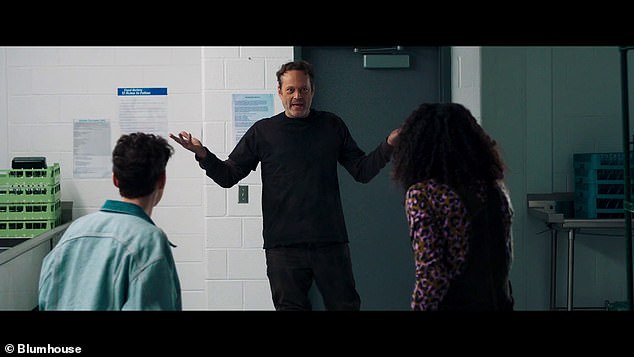 Vaughn hilariously plays the part of the teenage girl as she attempts to return to her original body.

‘Where am I?’ Millie, in the body of the Butcher, asks as she awakens. ‘Oh my God, why do I sound like that?’

Upon seeing her new reflection, however, she begins screaming.

Millie attempts to reach out to her friends, which takes some persuading to do. 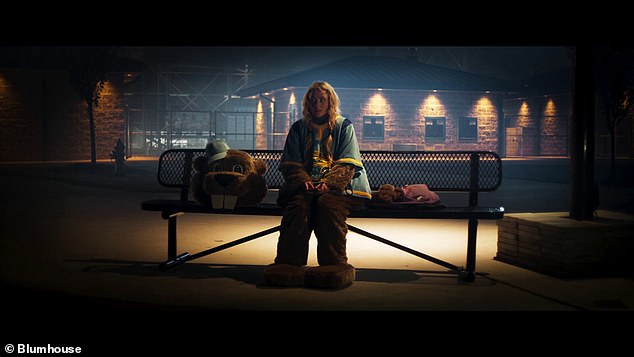 Uh-oh: Millie (Kathryn Newton) spots the Blissfield Butcher while waiting outside after a football game in her mascot outfit 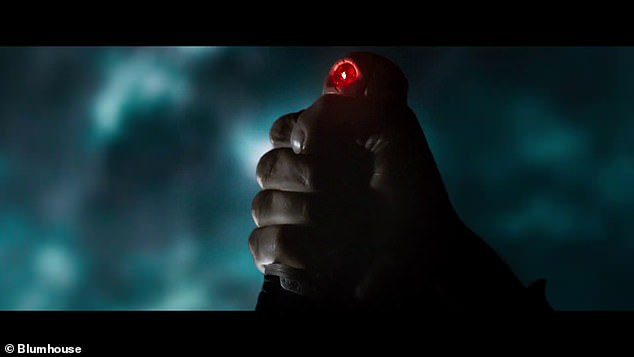 No! The Butcher drives a jewel-encrusted dagger into Millie 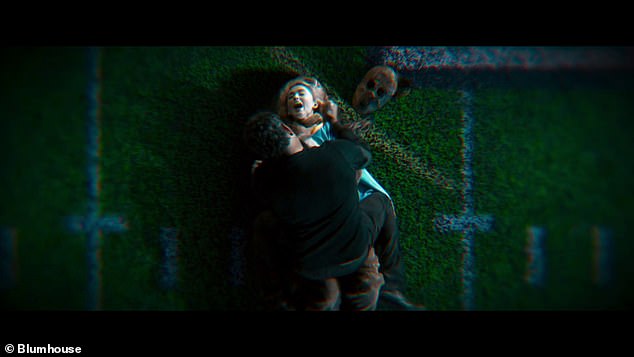 The horror! Millie screams as Vaughn plunges the dagger into her chest

Instead, the sight of the Butcher sends the kids running.

‘It’s me! It’s Millie!’ Millie insists, and even does a little cheerleading dance to prove to them it’s actually her.

The dance was successful, and her friends decide to help her retrieve her body. 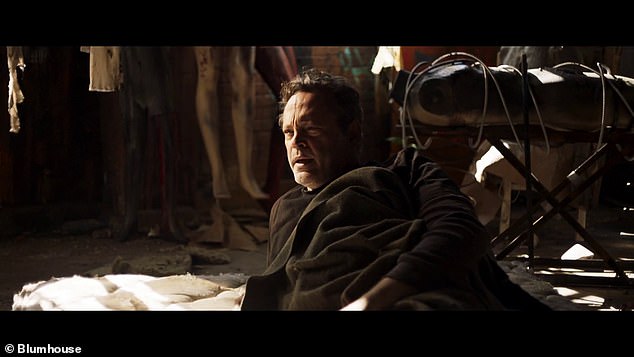 What’s going on? After the encounter, Millie awakens in the killer’s demented lair 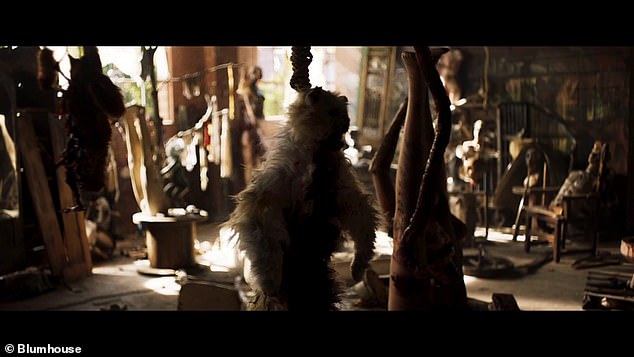 Grotesque: The lair is full of dead animals and mannequins 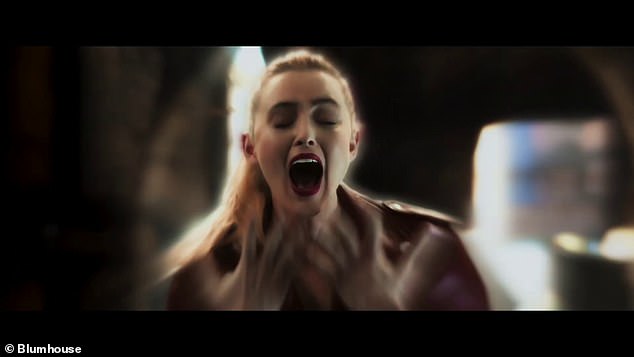 Body swap: Millie and the Butcher scream upon seeing their new reflections 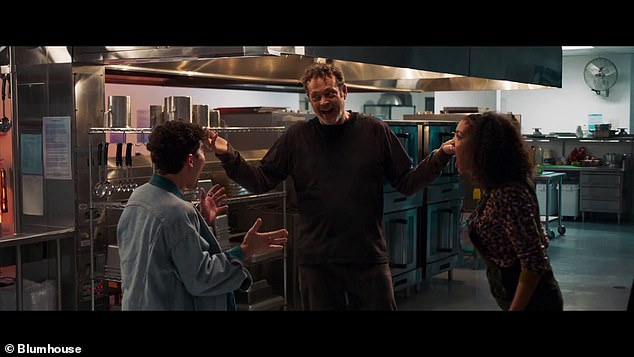 It’s me! Millie convinces her friends she has mysteriously swapped bodies with the Blissfield Butcher

While Millie admits she was never popular or good with boys, under the control of the Butcher, the teenager is suddenly turning heads, much to the annoyance of Millie.

‘Not only is that psycho wearing my body, he’s killing it!’ Millie bemoans.

But while in her body, the Blissfield Butcher continues his murdering spree.

From freezing a bully to death to sawing a man in half, Millie finds an array of ingenious ways to kill the school off. 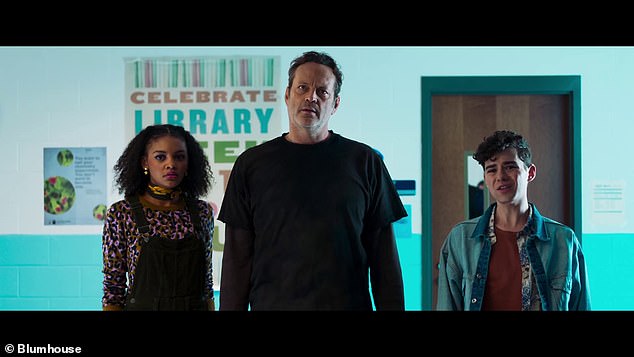 This means business: The three team up to get Millie back in her original body 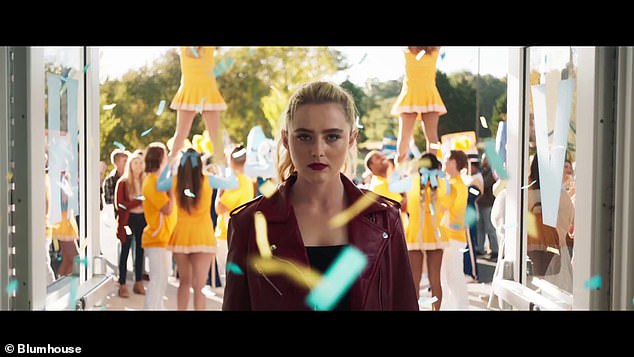 She’s got this: In Millie’s body, the Blissfield Butcher gets heads turning 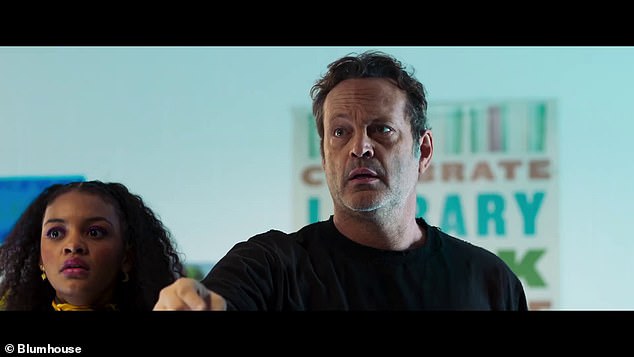 Time is running out: As it turns out, however, Millie is under a deadline – she only has six hours left to return to her original body, or else she will remain the Blissfield Butcher forever 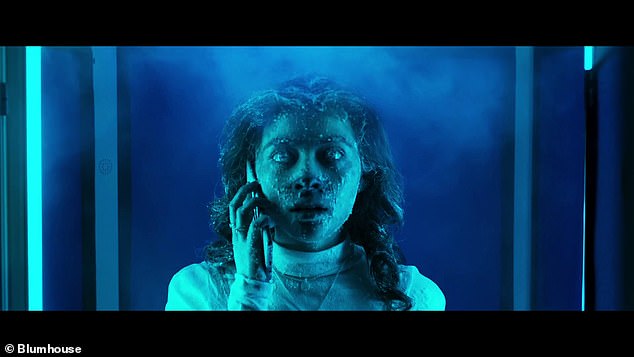 Not cool: The Butcher freezes a bully to death 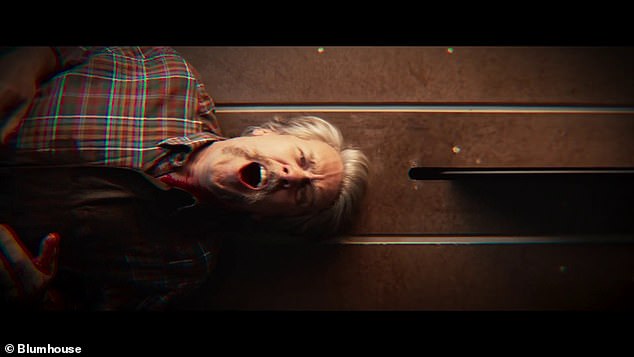 Screaming in horror: She also saws a man in half

As it turns out, however, Millie is under a deadline – she only has six hours left to return to her original body, or else she will remain the Blissfield Butcher forever.

When Millie finally confronts the Butcher, she says, ‘I want my body back.’

The Butcher pulls out a chainsaw and dares, ‘Come and get it.’

Freaky will be released in theaters on Friday the 13th in November. 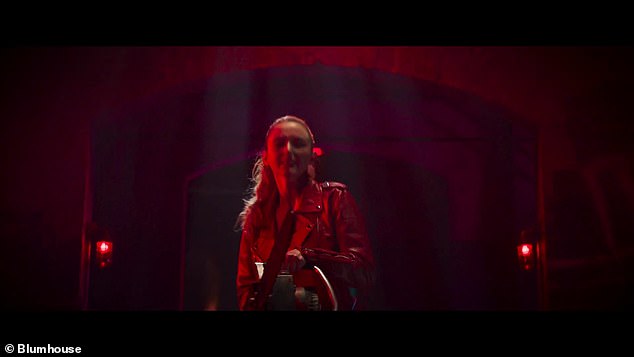 ‘Come and get it’: The Butcher pulls out a chainsaw after being confronted by Millie 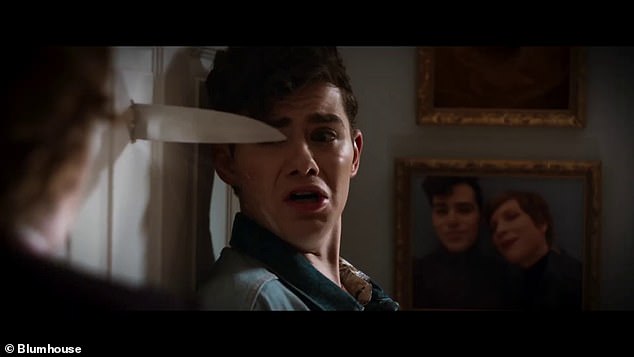 That was close! The Butcher plunges a dagger through the door 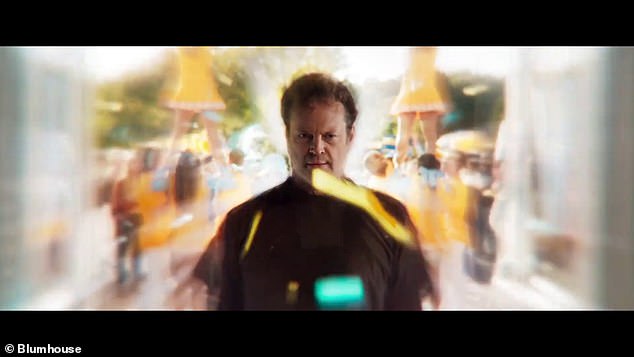 Coming soon: Freaky will be released in theaters on Friday the 13th in November