Vogue Williams has admitted she’s ‘not really into’ her post-baby body as she gets ‘annoyed’ by her bigger boobs.

The Irish beauty, 34, welcomed her second child with husband Spencer Matthews, 32,  six weeks ago and has struggled to adjust to her changing shape.

Speaking on their Spencer & Vogue podcast about body image the pair revealed their insecurities or lack thereof. 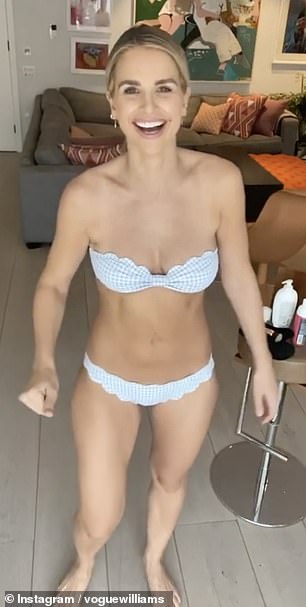 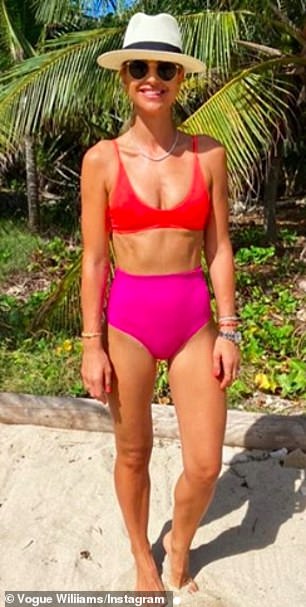 Now and then: Vogue Williams has admitted she’s annoyed by the ‘bigger boobs’ she has now (left) whilst she breastfeeds her daughter (right: pictured in January)

Vogue, who is mother to son Theodore, two, and daughter Gigi, six weeks, admitted she was glad that Spencer isn’t ‘into boobs’.

She quipped: ‘I don’t usually have any so that suits me down to the ground if you’re not into boobs’.

As Spencer asked if she’d ever consider implants, Vogue replied: ‘Hmm no, you know what I always thought I’d like a little bit of a boob and then I got them when I was breastfeeding and I’m not really that into them, they are a bit annoying’. 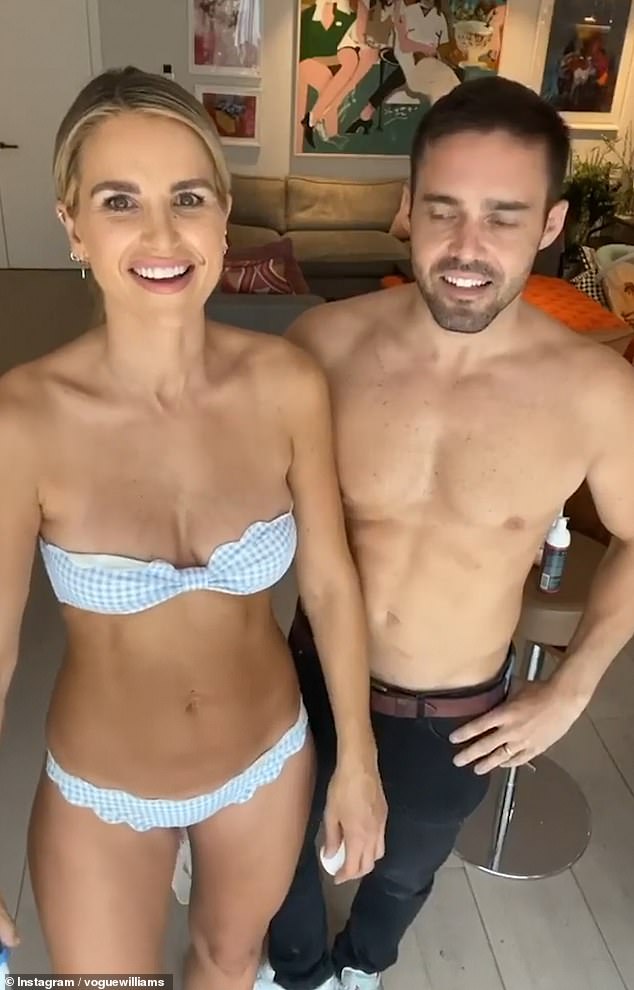 Fit couple: The Irish beauty, 34, welcomed her second child with husband Spencer Matthews, 32, six weeks ago and has struggled to adjust to her changing shape

As she admitted that she was a on a mission to ‘get a bigger bum’, Spencer interjected, ‘I’m more of an a** man, myself.

‘When I first met Vogue, she was obsessed with training her rear-end so she would go to the gym, specifically to make her a** bigger, which is odd…

‘I think you look much better now and you just had a child’.

Body insecuriturities are clearly not an issue that plague Spencer, however, as he stated that ‘clothes are very rarely necessary’.

The former Made In Chelsea admitted to being so comfortable in the nude that he has walked around in front of Vogue’s parents without any clothing on.

Vogue and Spencer met while filming The Jump in 2017 and wed the following year. 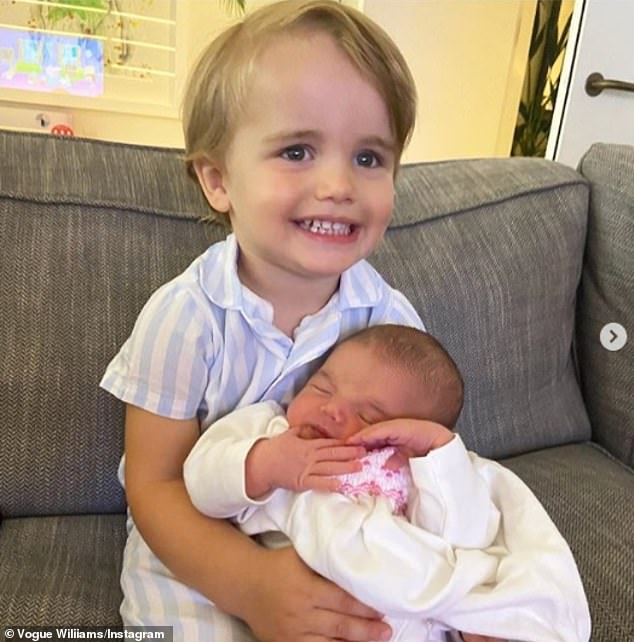 Sweet: Vogue gave birth to their daughter Gigi Margaux on July 23 after the couple welcomed their first child, son Theodore in September 2018

Vogue gave birth to their daughter Gigi Margaux on July 23 after the couple welcomed their first child, son Theodore in September 2018.

Spencer confirmed last week that he and Vogue will be having more kids in the future, but only if she allows him to hire a live-in nanny.