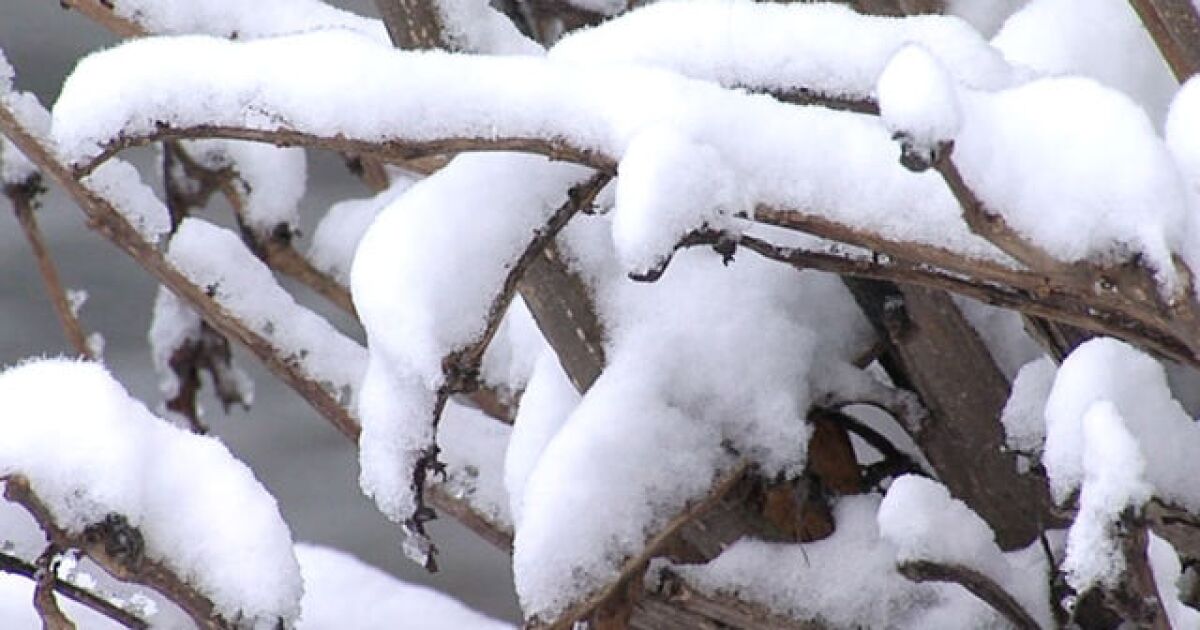 The warning is in place from 8 a.m. Monday through 4 a.m. Tuesday, according to the National Weather Service.

“The agency says heavy snow and strong winds are expected. Plan on difficult travel conditions, including during the evening commute on Monday. Tree branches could fall as well,” forecasters said.

Total snow accumulations of two to six inches are expected with localized amounts of 12 to 18 inches. The heaviest snow is expected to impact areas above 5,500 feet, however, some snow is expected down to 4,500 feet.

Accompanying the snow are heavy winds of 20 to 40 miles per hour.

“If you must travel, keep an extra flashlight, food and water in your vehicle in case of an emergency,” the National Weather Service advised.

A high surf advisory also takes the place of a beach hazards statement as the storm approaches. The advisory is in effect from 6 a.m. Sunday through 10 a.m. Wednesday for San Diego County coastal areas.

Surf begins to build Sunday, peaking Monday afternoon through Tuesday, the agency says. Waves and surf of three to six feet are expected Sunday, increasing to four to seven feet with sets to eight feet by Monday.

Accompanying the high surf is a slight chance of isolated thunderstorms and lighting at the beaches Monday, the National Weather Service said.

Coastal areas could also see nearly an inch of rain as the storm passes.