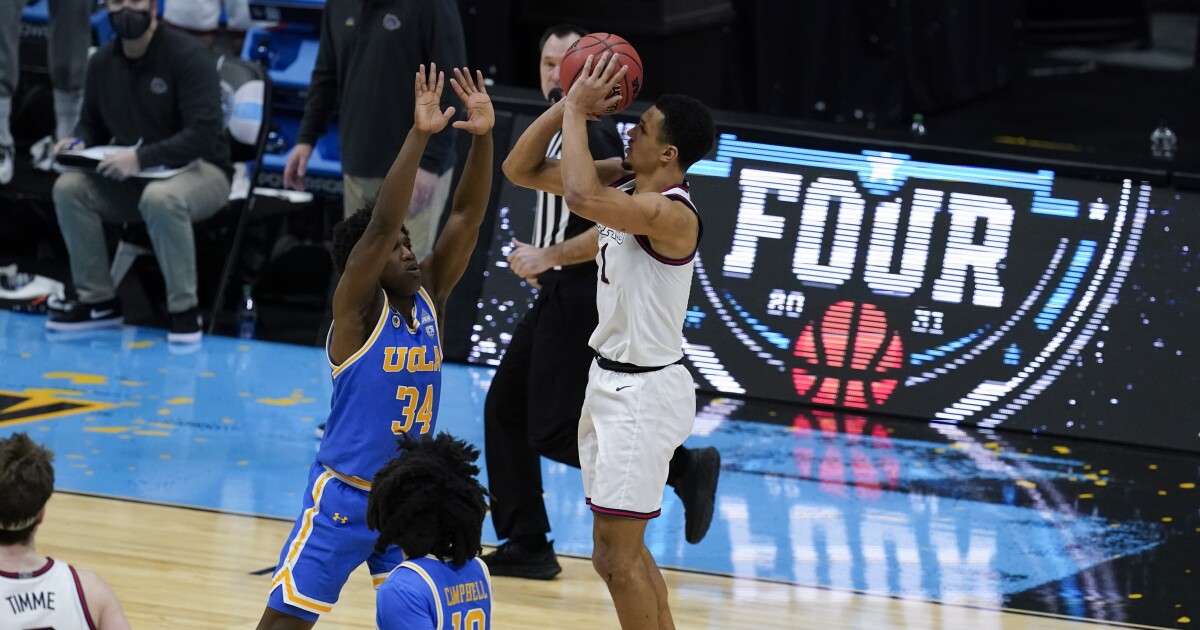 The sequence opened on bright note for the Bruins, with star Johnny Juzang putting back his missed shot to tie the score with three seconds left. Then Suggs drove up the court and banked in the shot as time expired, immediately cementing his place in NCAA tournament history.

Here is the CBS call on the national broadcast:

Former Gonzaga star Adam Morrison, whose college career ended with a loss to UCLA, now does color commentary on the Bulldogs’ radio broadcast.