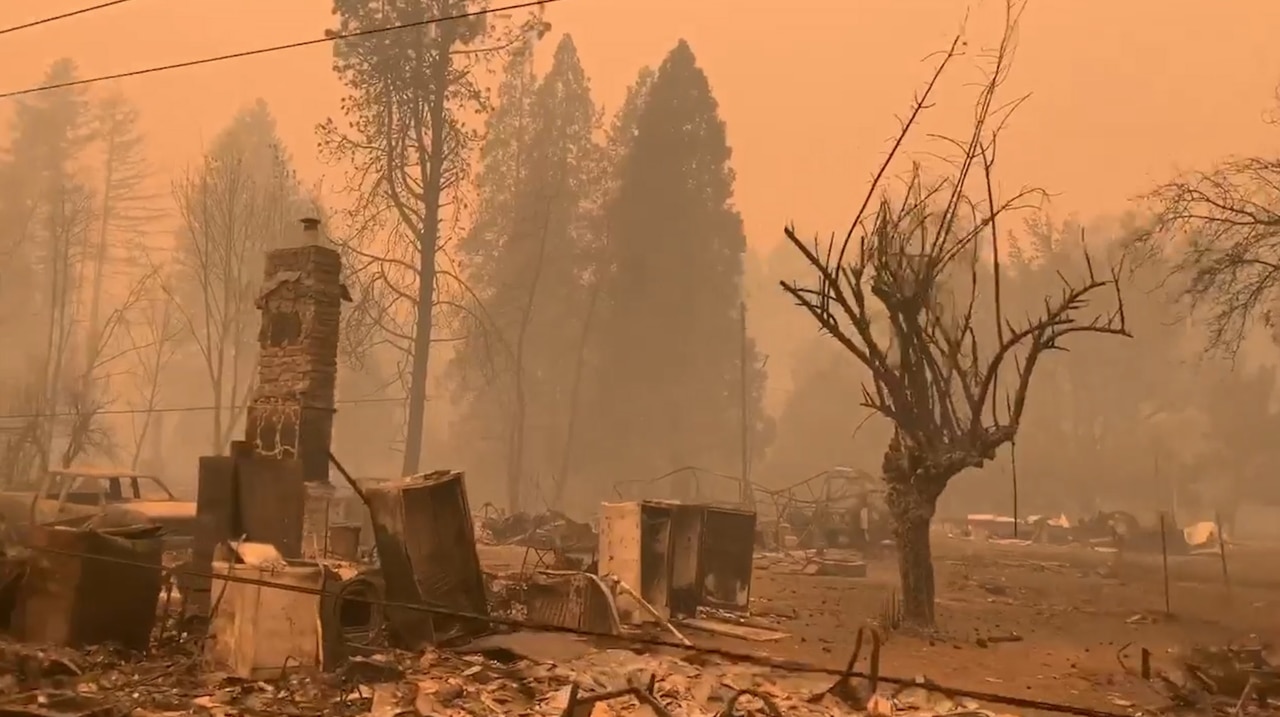 Sean Davis won’t sugarcoat the state of Blue River, a once idyllic town in the heart of Oregon’s McKenzie River valley.

The community of about 800 people was decimated early Tuesday as the Holiday Farm fire tore west along the McKenzie River and Oregon 126 in Lane County, ravaging forests, homes and mom-and-pop shops in Lane County.

Davis, a resident of nearby McKenzie Bridge, which escaped total ruin, was forced to flee east to Central Oregon. But he returned to the area Thursday to survey some of the damage.

Video of Blue River shot by Davis, which he provided to The Oregonian/OregonLive, offers the most comprehensive look to date of the town’s devastation.

“I can’t tell you how heartbreaking it was,” he said, recounting the homes, businesses and public buildings destroyed.

Wildfire tracker: See all fires in Oregon and across the nation

Wildfires affecting tens of thousands of Oregonians have burned more than 1 million acres, or nearly twice the yearly average over the past 10 years, in just the past week, state officials said.

To date, only the Thurston area of Springfield is in a Level 1 evacuation zone, where people are told to “Be Ready” to leave.

At least 4,700 Lane County residents have been displaced by blaze, nearly all of them residents of McKenzie River communities — Walterville, Leaburg, Vida, Nimrod, Blue River, Rainbow and McKenzie Bridge.