President Donald Trump was scheduled to visit a wildfire command center and meet with California Gov. Gavin Newsom on Monday as the death toll from almost 100 major wildfires roaring across much of the West rose to at least 35.

Borsum added the air quality in the region may not improve until October.

Two more deaths were reported California, raising the death toll there to 24. Ten deaths have been reported in Oregon and one in Washington state since a rash of fires began burning in drought conditions a month ago.

Several people remain missing and an unknown number of homes have been destroyed.

President Donald Trump, out west for a series of campaign fundraisers and rallies, will meet with California Gov. Gavin Newsom and visit a fire command center in Sacramento County today where he will be briefed by local and federal fire and emergency officials, the White House said. Trump has had little to say about the fires, either on Twitter or in his public appearances, although he did thank the firefighters in a tweet Friday and indicated that financial help was on the way. Last month he had threatened to withhold federal money.

In California, Butte County Sheriff Kory Honea announced two more people have died from the North Complex Fire, bringing the death toll to 14. Honea said seven people remain missing, but added his office has “leads” on all of them. More than 160 people once listed as missing have been located, he said. The fire, which has burned more than 400 square miles in Butte and Plumas counties, was listed as 26% contained Monday. The fire, about 80 miles north of Sacramento, has been burning for almost a month.

State Fire Marshal Jim Walker made an offer to a distraught employee that he says ultimately led to his resignation. The employee was worried about a relative who lived an area where four people have died since the Beachie Creek Fire raced through the area a week ago. So, on Thursday night, Walker and a member of the incident management team searched through the dark and dense smoke of the canyon. All but one were accounted for. The next day Walker, who reports to State Police Superintendent Travis Hampton, was placed on paid leave.

“Their take was … you’re using your position or your job to be able to go into that area,” Walker said. “I can’t in good faith work in a system that’s non-supportive to what I see as needing to be provided to our firefighters on the ground.”

‘I could never have envisioned this’: At least 35 dead as nearly 100 wildfires rage

Fire closes in on gateway city to Sequoia National Park

A section of Sequoia National Park was closed as the Sequoia Complex Fire threatens Three Rivers, a gateway city to the park. Three Rivers is a town of more than 2,000 people in the foothills of the Sierra Nevada at the edge of the San Joaquin Valley.

“Our No. 1 priority is public and employee safety. It is crucial to take care of our staff and our gateway community of Three Rivers,” said Acting Superintendent Lee Taylor. “With this partial park closure, it is our intention to reduce possible evacuation complexity of the Three Rivers community by reducing the amount of visitors in the area.”

Cal Fire has provided a grim update on the state’s wildfires. Over 16,750 firefighters are battling 29 major wildfires across California. Since the beginning of the year, wildfires have burned over 3.3 million acres in the state, an area larger than the state of Connecticut. Since Aug. 15, when California’s fire activity elevated amid thousands of lightning strikes in parched forests and brush, more than 4,100 structures have been destroyed. 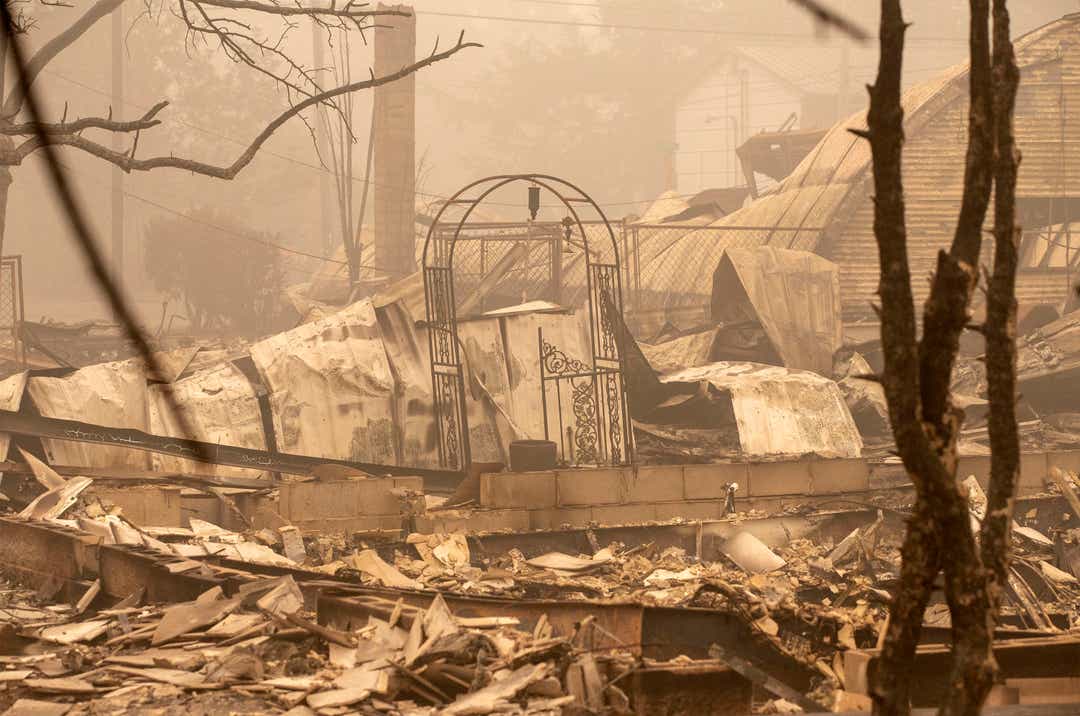