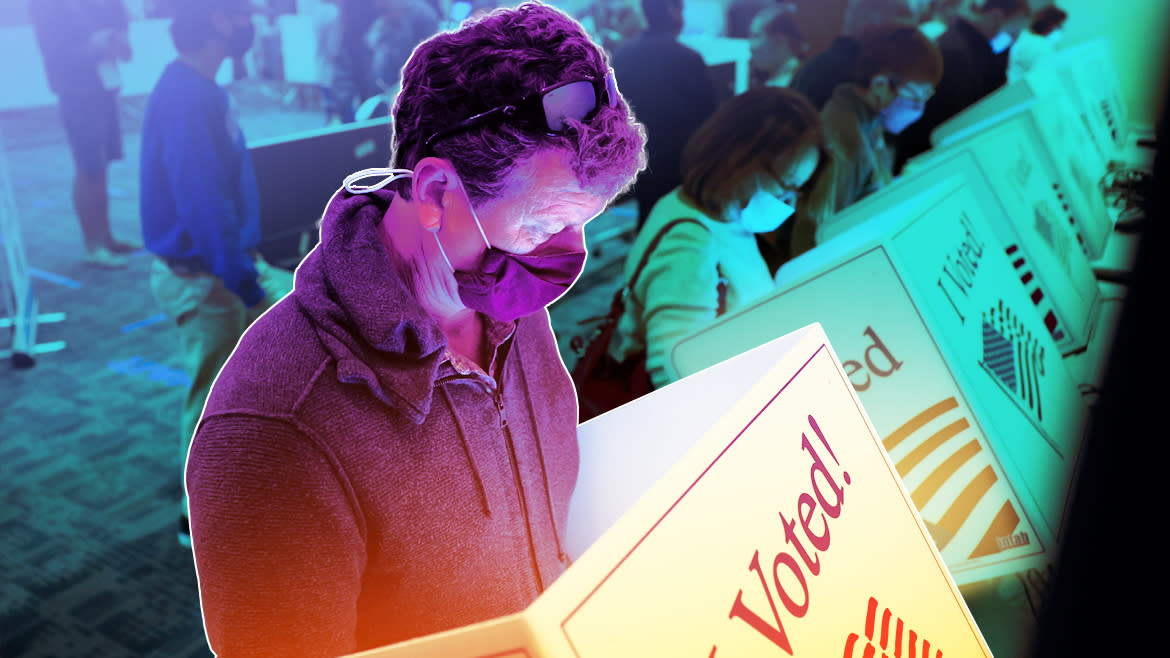 “The 360” shows you diverse perspectives on the day’s top stories and debates.

The 2020 election has seen an unprecedented wave of early voting. As of Sunday morning, more than 93 million Americans had voted — nearly double the 47 million total early votes cast in 2016.

In Texas, early voting totals, which include both in-person and mail-in ballots, have already exceeded the total number of votes in the state four years ago. Several other states, including the crucial swing states of Florida and North Carolina, are approaching similar early voting milestones.

In response to the coronavirus pandemic, many states expanded opportunities for voters to cast their ballots by mail or in person before Election Day. But safety concerns aren’t the only reason so many Americans have decided to vote early. Enthusiasm among members of both parties’ bases is extremely high and the number of undecided voters is unusually small. There are also broad concerns about the integrity of the election, especially among Democrats. President Trump’s persistent attacks on mail-in voting and the perception that the Postal Service may have been compromised for political reasons have motivated Joe Biden supporters to ensure their vote is counted, experts say.

Experts are quick to caution that high early voting numbers don’t necessarily point to a victory for Biden. Democrats were widely expected to have an edge heading into Election Day. The question is whether the lead they build up in early voting will be big enough to overcome the GOP’s anticipated advantage on Nov. 3.

Massive early voting numbers suggest that turnout could be the highest it’s been in more than a century. But an increase in the total number of votes doesn’t automatically benefit one party or the other. What matters is which groups the increase comes from and where. Despite those caveats, some experts see reasons for optimism for Democrats in early voting data, including a spike in early ballots cast by young voters and by people who did not vote in 2016 — both groups that historically lean Democratic. At the same time, relatively low early turnout among Blacks and Latinos could be a worrying sign for Biden.

Having supporters vote early also affords Democrats some potential practical advantages, like the freedom to focus outreach efforts on hard-to-reach voters. It also creates a buffer in the event that legal challenges result in a large number of mail-in ballots being thrown out. Republicans, on the other hand, are at risk of having Election Day turnout tempered by spiking coronavirus outbreaks in several swing states.

The wave of early voting could signal a permanent change in how U.S. elections are run, some argue. Others question whether some states will roll back early voting after the pandemic is over and whether voters’ commitment to making the effort will wane in future races without Trump on the ballot.

“[Early voting] gives Democrats a tactical advantage in the final stretch of the campaign. In many critical battleground states, Democrats have ‘banked’ a chunk of their voters and can turn their time and money toward harder-to-find infrequent voters.” — Nicholas Riccardi and Angeliki Kastanis, Associated Press

“Even with the pandemic leading to a skyrocketing number of votes before November 3, there is still likely to be a significant in-person turnout on Election Day, especially among Republican voters. And that makes it very difficult to use [early voting data] as a predictor of the outcome.” — Steve Chaggaris, Al Jazeera

Early voting is an antidote to voter suppression

“Even if early votes are not additive to totals on Nov. 3, getting Democrats to cast votes now may be the most successful anti-suppression voting effort the party has ever waged.” — Jennifer Rubin, Washington Post

“Because of the sharp partisan divides in how Americans plan to vote, it’s likely that the in-person vote on Election Day will lean Republican and could be extremely lopsided towards Republicans in some areas.” — Grace Panetta, Business Insider

Early voting numbers be a sign of record turnout

“It’s possible that people have simply changed when they would’ve voted. Some people who would’ve voted later may simply be voting now. But it’s also possible that what we’re seeing is record turnout.” — Elections researcher Michael McDonald to Slate

“The unprecedented influx of early balloting, in person and especially by mail, is presenting a challenge for local election officials. How they handle it is likely to figure into whether voters will see a protracted wait for results beyond Election Day in the presidential race, especially from closely fought battleground states.” — Danny Dougherty and Chad Day, Wall Street Journal

“The tens of millions of votes likely to be cast earlier than ever before could alleviate long lines at many polling places on Election Day and help the two parties focus their resources on turning out the hardest-to-reach voters.” — Russell Berman, Atlantic

Counting on high Election Day turnout is risky for the GOP

“The Republican Party’s hopes of retaining the presidency, Senate, its existing House seats, and many state legislatures may ultimately depend on GOP voters turning out en masse on November 3 — amid a coronavirus surge, and in the face of early-vote totals that suggest Donald Trump is almost certain to lose, whether they risk their health showing up at the polls or not.” — Eric Levitz, New York

“What emerged from necessity could become more permanent, as both voters and election officials realize there might be better ways to run elections. Once you make it easier for people to vote, either by mail or in person, they’re just not going to want to go back.” — Jen Kirby and Rani Molla, Vox

“A key question is whether 2020’s sharp rise in voter engagement is a fleeting product of a presidency that inspires passion on both sides or the beginning of a lasting change.” — Janet Hook, Los Angeles Times

Is there a topic you’d like to see covered in “The 360”? Send your suggestions to [email protected]