A new member of the White House coronavirus task force has slammed claims that he’s pushing herd immunity as a response to the pandemic as an ‘overt lie.’

Scott Atlas was announced as the newest member of the White House coronavirus task force on August 12, and has reportedly been dubbed by White House officials the ‘anti Fauci’ because his opinions are frequently at odds with veteran infectious diseases expert Dr Anthony Fauci.

Dr. Scott Atlas said in an interview on SiriusXM’s ‘The Michael Smerconish Program’ that he has never advocated a herd immunity strategy to President Donald Trump or anyone in the administration or task force. 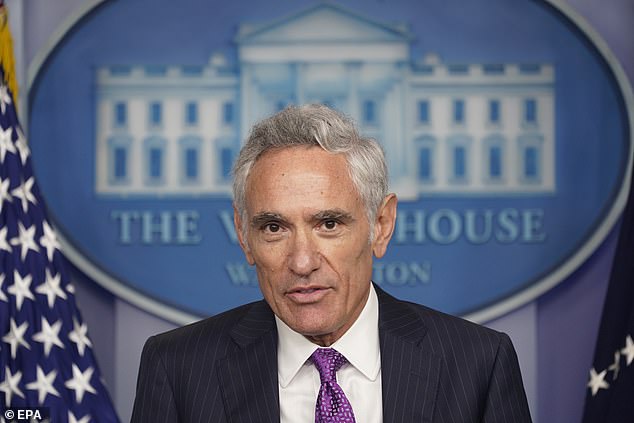 Dr. Scott Atlas has slammed claims that he’s pushing herd immunity as a response to the pandemic as an ‘overt lie’

During an appearance on Fox News’ Tucker Carlson Tonight show on Tuesday, Dr Atlas said: ‘The news is out of control.

‘There’s news, there’s opinion and then there’s overt lies — and that was one of those overt lies.’

He went on to tell show host Tucker Carlson that he has never advocated herd immunity to US President Donald Trump.

‘No one’s ever said that to the president,’ he said.

‘I’ve never heard the president say that, and that is not a strategy here in any way, shape, or form.’

On Monday five sources told The Washington Post that Atlas, who has no training in epidemiology or virology, was promoting the idea of ‘herd immunity’.

The idea, which Sweden has adopted, is that there should be no widespread lockdown, but vulnerable populations should be strongly protected. 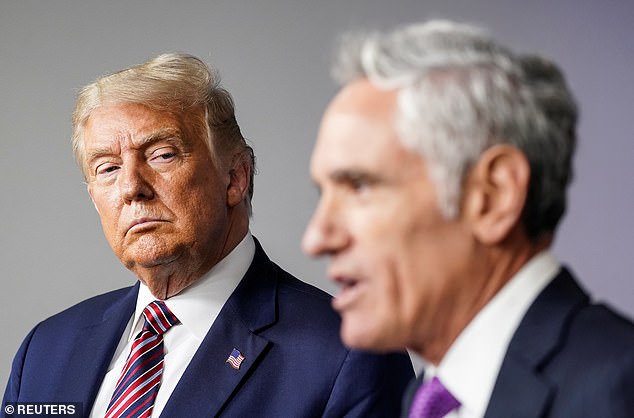 A herd immunity strategy allows many people to get sick, and therefore generate immunity to the disease – eventually preventing the spread to the shielded vulnerable population.

Sweden has been extremely hard-hit by the virus, with among the highest death rates per population.

Atlas, 65, is a radiologist, a senior fellow at the conservative Hoover Institution of Stanford University and a frequent Fox News commentator.

He previously served as chief of neuroradiology – radiology of the brain and nervous system – at the Stanford University Medical Center.

He has also advised Republican presidential candidates on health care, including Mitt Romney and Rudy Giuliani, the president’s personal lawyer.