A white couple are facing hate crime charges after they were filmed attacking a car with a shovel, screaming ‘only white lives matter’ and doing a Nazi salute in front of a Mexican woman and her black boyfriend.

Gregory and Rachel Howell, both 29, were arrested and charged with vandalism and hate crimes on Friday, a week after they were involved in an apparent road rage incident in Torrance, California, on July 22.

Itzel Lopez recorded shocking video of the Howells confronting her and her boyfriend after they noticed that the white couple was tailing them.

Lopez said the Howells followed them for several miles before overtaking them and stopping at a traffic light, where they got out of their truck and started hurling racist remarks. 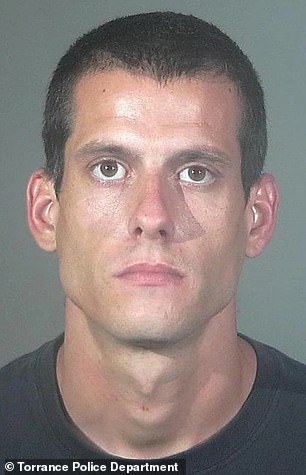 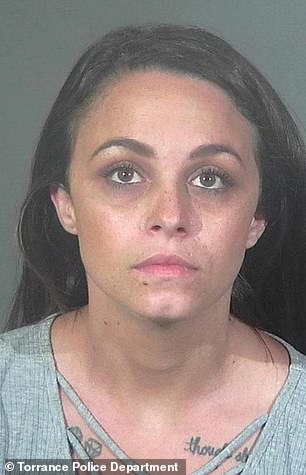 Gregory and Rachel Howell, both 29, were arrested and charged with vandalism and hate crimes on Friday, a week after they were filmed attacking another couple’s car in Torrance, California, on July 22 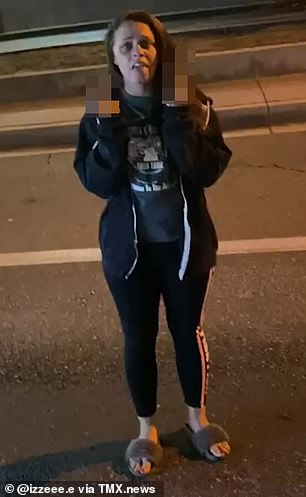 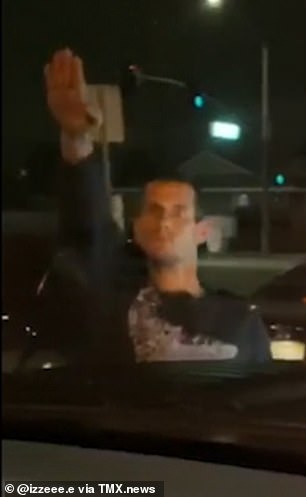 Shocking video showed a woman identified as Rachel Howell (left) walking up to a car and screaming: ‘Only white lives matter’ as she flipped off the people inside. Meanwhile, a man identified as Gregory Howell (right) was seen throwing up his arm in a Nazi salute

She started filming as the woman identified as Rachel Howell approached her car and yelled: ‘White lives matter b***h’ while flipping her off.

As Rachel walked away she screamed: ‘Only white lives matter b***h.’

Meanwhile, Gregory Howell approached from the other side and waved before throwing his arm into a Nazi salute.

Lopez’s boyfriend could be heard in the background saying: ‘That’s white power’ before Lopez added: ‘Crazy the sh*t we have to go through in 2020’. 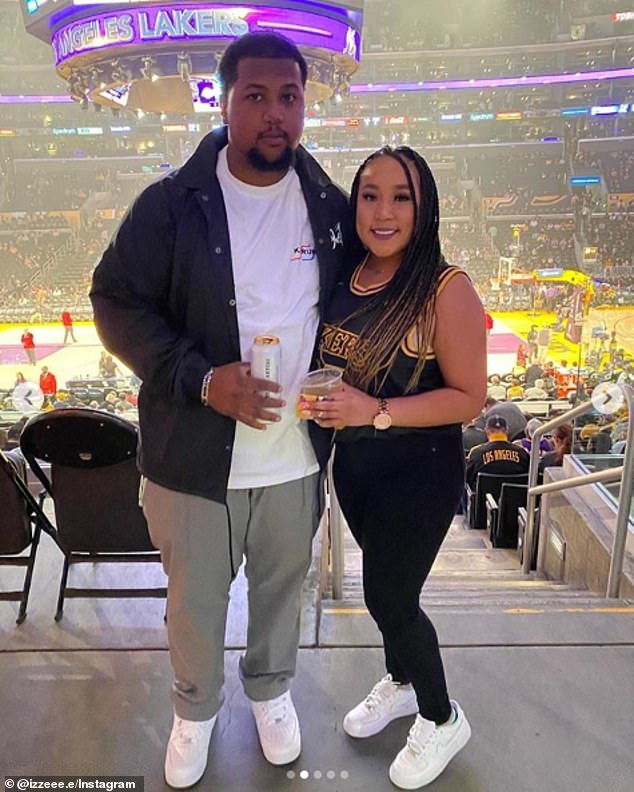 Itzel Lopez says she and her boyfriend (pictured) were driving home from a restaurant after her birthday dinner in Torrance, just outside Los Angeles, on July 22 when they were targeted 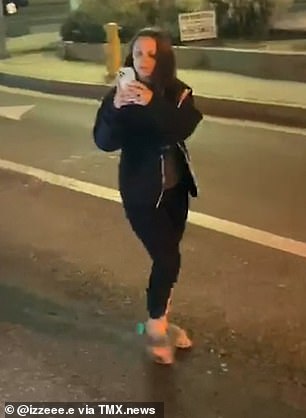 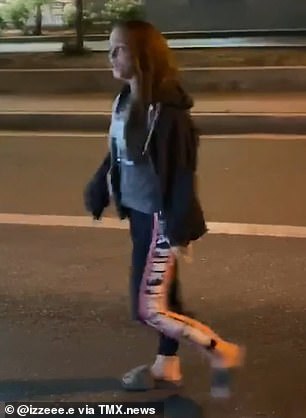 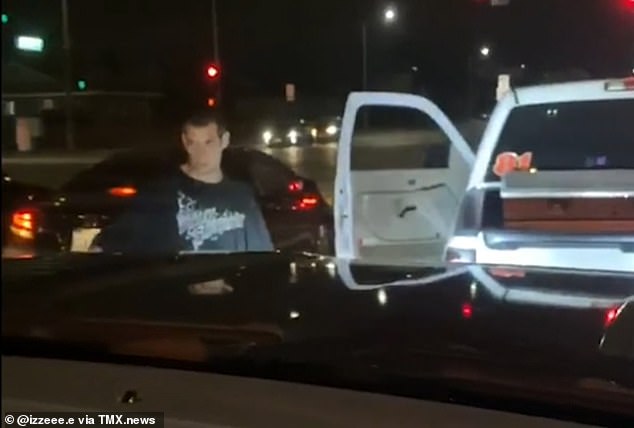 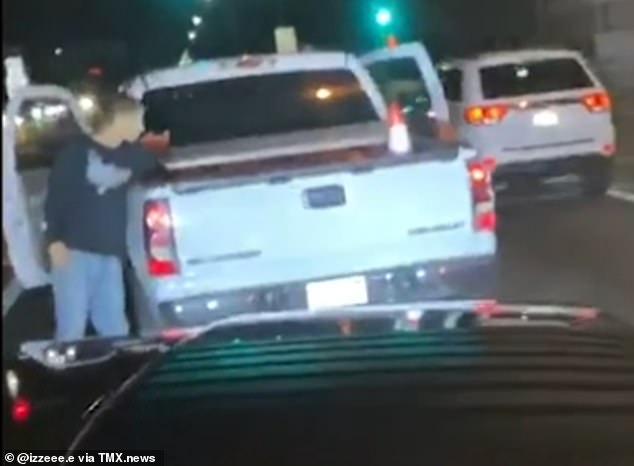 The Howells were then seen getting back in their truck briefly before reemerging just moments later.

Rachel came back with her cellphone and tried to film Lopez and her boyfriend – while Gregory retrieved a shovel and began striking their car repeatedly as they drove off.

Lopez and her boyfriend’s car was left with a dent and scratch following the ordeal.

The couple said they had no idea why the pair followed or targeted them.

‘We were just in shock. We didn’t know what was going. Why were they doing it? They don’t know us. They were being really mean and racist,’ Lopez told KTLA.

‘I was afraid. I didn’t know what they had in their car. I just wanted to get home.

‘We want to get justice because it’s not right. I don’t want them to just go freely and continue to do this to someone else.’

The Torrance Police Department put out arrest warrants for the Howells two days after the incident, and a week later they were finally arrested. 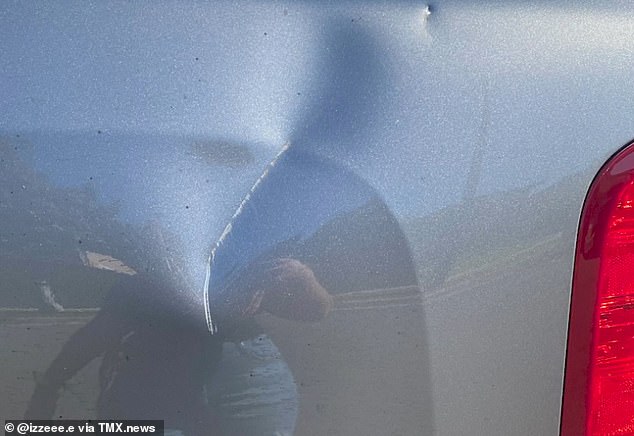