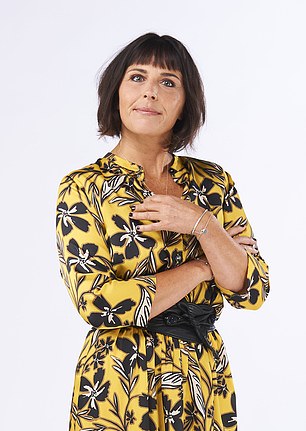 I’ve never been married. The longest relationship I’ve had lasted for six years.

I travel for work, and pre-Covid I was away at least once a month — I returned from Canada in March, just before lockdown.

I’m actively dating and dabble on dating apps, but the competition where I live in Brighton is tough.

He said we were probably soulmates in a former life

Single for three years, no children.

The One: a silver fox with a zest for life, who can handle me being away a lot for my job.

My friends are all a bit jealous of my blind date — where we live most chaps are either gay or settled. Fortunately, I don’t get nervous.

Simon was already seated at our table when I arrived. He looked very dapper, wearing dark jeans with a dark shirt and a suit jacket.

However, he’s probably not my type. I generally like men with hair, but Simon was charming and had a cheeky grin.

Easy To Talk To?

We had a glass of prosecco when I arrived and didn’t order food for 45 minutes because we were so busy talking.

We both like the same galleries and have similar Central London haunts, such as the Groucho Club and Soho House.

I discovered Simon wants to visit Tbilisi in Georgia and, as I’ve been there for work, I was able to tell him more about the country.

It was quite loud in the restaurant, so we kept talking over each other and not quite catching what the other said.

There was a bit of flirting going on between us, and we discussed what we would do on a fantasy date. We got on like a house on fire, but I suspect we both knew it was only friendly banter. We exchanged numbers and have been in touch since.

What do you think he thought of you?

He said we were probably soulmates in a former life.

We had a really good time, and went for a walk around Kensington Gardens and had another drink in a pub opposite before going home. I imagine he wasn’t expecting someone quite so sparky.

Yes, there’s nothing not to like about Simon. He’s interesting, with an impish side to him, and is very good at banter. 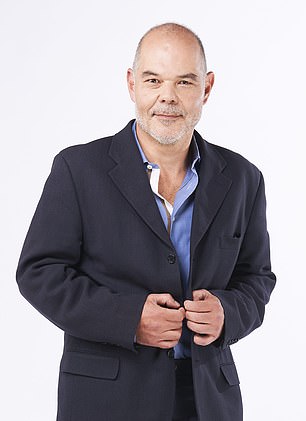 I was married for ten years, but we are now happily divorced and share our fabulous daughter.

We separated in 2004 and I’ve had a couple of medium-term relationships since.

I was with one partner for four years, while another relationship lasted a year. I’ve had a couple of flings, too.

On the subject of relationships, my dad asks: ‘Are you still interviewing then, Simon?’

I’m a true Piscean and fall in love with anyone who smiles at me.

This could be the start of a spectacular affair

I don’t get nervous, although I did arrive five minutes late, and Sara rocked up ten minutes later.

Single for eight months, with one daughter, aged 20.

Someone to grow old disgracefully with.

If she looks like Sandra Bullock, that’s a bonus.

I was seated at a table with a direct view of the restaurant entrance, and when she arrived I knew it was her because she looked like Sandra Bullock’s second cousin.

As soon as I saw her I could tell we were going to have fun. Sara exceeded my expectations. We hit the ground running and the chatting didn’t stop.

Easy to talk to?

We have a lot in common and discovered we’ve probably been in the same room at events on more than one occasion.

We relived a lot of our time working hard and playing hard as young professionals in Soho.

My life has moved on since then, and I now work with horses and dogs or their owners.

We unconventionally went for six starters to share on our lunch date as Sara is a pescatarian.

It was the perfect amount of food, which we enjoyed with a bottle of rosé. We later went for a walk around Kensington Palace, and then to a pub opposite for a drink.

Sara is cool and bright, with plenty of energy. I’d be lying if I said I didn’t think about the ‘what ifs’ of where a potential relationship could go.

While it could be the start of a spectacular affair, I feel it may fizzle out horribly — we both have big personalities.

We got on great as friends, and my instinct is it’s probably best to keep it that way.

What do you think she thought of you?

I suspect we were both those badly behaved children other parents warn their offspring about. We are naturally drawn to getting into trouble.

Of course. Sara is a fabulous girl to have around — she would get any party started.