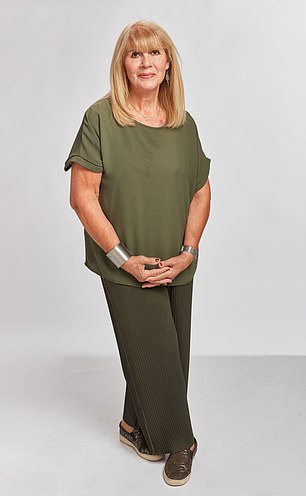 I have dated online over the past five years, mainly at my daughter’s prompting. We’re both single and encourage each other to find someone. But I haven’t seen anyone seriously and I’m not currently on any dating sites. I am open to meeting someone, although coronavirus has made that difficult this year.

Married for 45 years, single for seven, two sons and one daughter.

Retired from the pharmaceutical industry. Now a voluntary worker.

A chap who is kind, youngminded, and cultured. I’m not looking for a marathon runner, because I have had joint replacements.

Advertisement
He loved languages, but didn’t respond when I spoke French

No, I’m a sociable person. I did tell my daughter and two friends I was going on a blind date and they said, ‘You go, girl’. As a former college lecturer, I’m used to meeting new people. I was excited about going to London. For the date, I chose a green outfit that I’d bought in Spain before lockdown. I often travel to Nerja to stay with a friend and we go shopping together.

I was a couple of minutes early, and was sitting by the window when I saw a man with a moustache and wearing a blazer and thought, ‘I bet that’s him’. While a moustache is not to my liking, he immediately struck me as a nice man.

Easy To Talk To?

Matthew has lived abroad nearly all of his life and told me about his time in the Far East running hotels and his more recent career on cruise ships. His heart is clearly hankering to live abroad again.

Matthew did all the talking and rather liked to chat about himself. When I found out he spoke languages, as I do, I attempted to start a conversation in French, but he didn’t continue the conversation and changed the subject. I was surprised, but he may have misheard me.

He has sacrificed a lot for his lifestyle and told me being childless was one of his regrets.

None, it was a lovely afternoon.

No, he smiled and talked a lot, but there was no chemistry.

No, it was not relevant.

What do you think he thought of you?

I don’t think he was interested in me at all. He only asked me one question at the end of our meal, plus I’m not sure Matthew wants to settle down.

No, because we’re not on the same wavelength. I liked listening to his stories, but we are too different. I have no regrets, although it was a real leap of faith for me to leave my Hertfordshire home. 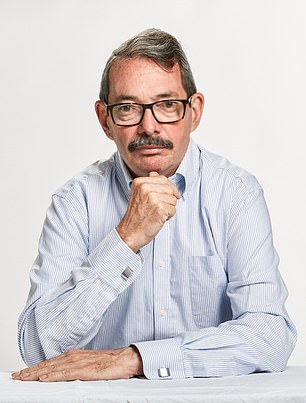 It’s been pretty patchy on the romance front because working abroad on ships isn’t good for a relationship. I split with my last partner after two-and-a-half years because I was away so often. Unsurprisingly, I’ve never married, but I have been engaged twice.

One fiancée unfortunately died and another left me for someone else. I did arrive home once to see another chap’s picture next to my then partner’s bedside.

I don’t get nervous. At my age nothing fazes me, I’m past those sorts of feelings. Although, I did shave off my lockdown beard and get a haircut before the date.

Single for two-and-a-half years, no children.

Someone who likes sports, animals and travel. I love golf and have worked all over the world.

Sue is a bouncy and fun person. I was pleased with the match.

Easy to talk to?

I was a good boy and didn’t discuss politics, but explained to Sue I only returned to the UK because of the financial impact on the cruise industry. We have both travelled extensively. I lived in Thailand for 35 years running a hotel before joining the cruise industry. I speak Thai, Malaysian, Indonesian and French, too. I also discovered we have both lived in France and the Middle East.

I let Sue choose the wine: a delicious Spanish white.

While I tend not to make snap decisions about people, there was no flirting from either side. She was different to my normal type. I think we could be friends, but we didn’t exchange phone numbers because I forgot to ask for hers.

No. That was out of the question with the coronavirus situation, so we bumped elbows instead. I’d be happy to meet up with Sue for lunch whenever she is in London. We spent almost three hours together and there were no awkward silences.

What do you think she thought of you?

I think she will say that I was all right and that we had great fun together. We had a lively conversation and I think she enjoyed it.

Yes. She lives in Hertfordshire and we probably know the same social crowd of people.

LIKED? I loved having a day out in London.