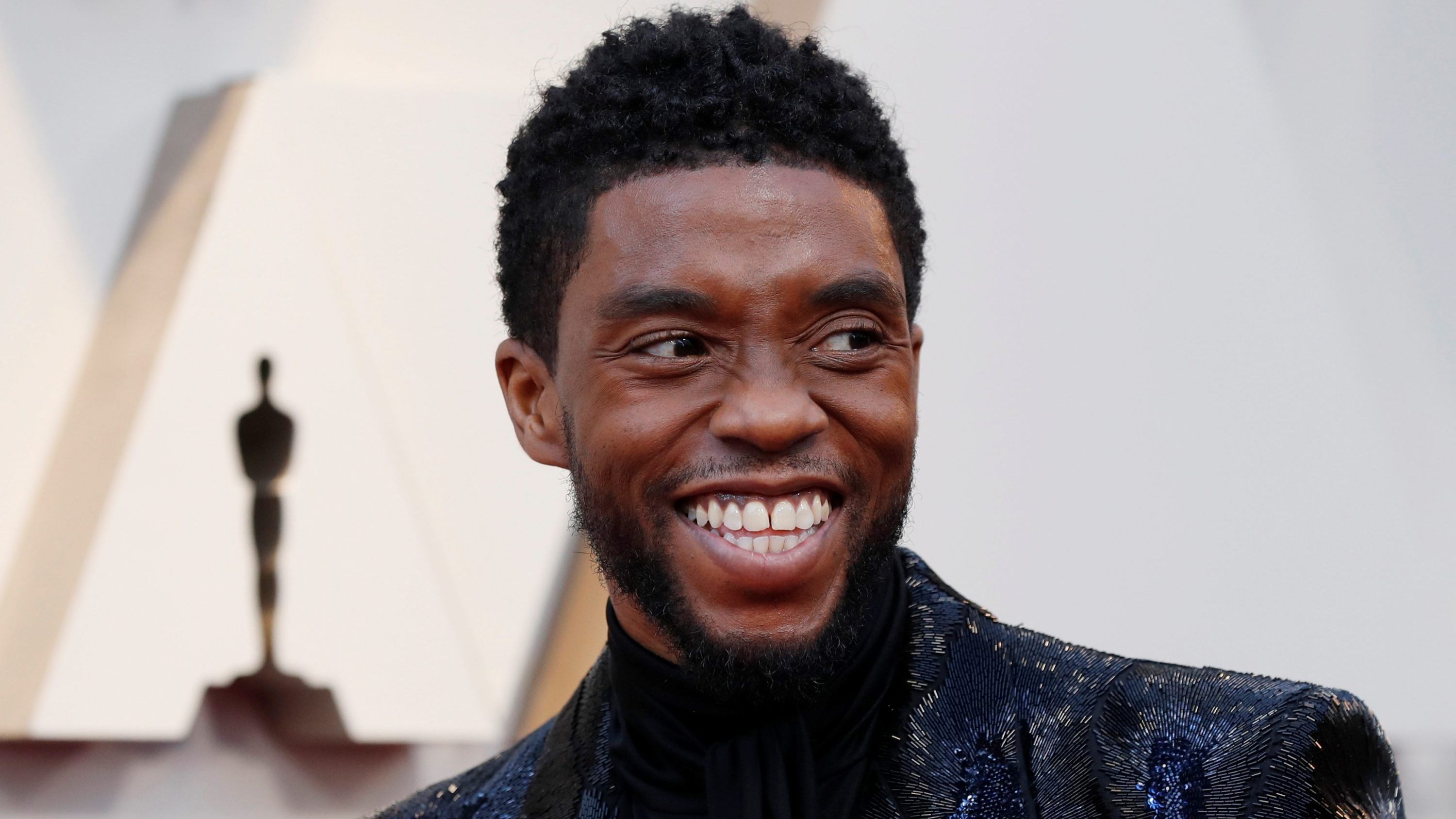 When actor Chadwick Boseman died this week at age 43, it came as a shock—not just to his fans, but to his colleagues in the film industry, the majority of whom hadn’t known he was sick.

The Black Panther star received a diagnosis of Stage III colon cancer in 2016. As his family said in a statement, he’d worked throughout his illness even as it progressed: “From Marshall to Da 5 Bloods, August Wilson’s Ma Rainey’s Black Bottom and several more, all were filmed during and between countless surgeries and chemotherapy.” In a moving tribute to Boseman, his producing partner Logan Coles explained why his friend was fiercely committed to working even as cancer took its toll:

I watched as he gritted his teeth and took deep breaths as he battled the immeasurable pain of tumors and the debilitating effect of chemo in order sit through a scriptwriting session or to arrive on set and act a scene or to be the consummate movie star as we sat through studio pitch meetings. I was in absolute awe of him in these moments. He never let on that he was in any pain or discomfort. He’d just push through. With silent dignity and resolve to fulfill his purpose. It was his greatest performance. He knew what God put him on this earth to do and he didn’t want people knowing or focusing on his battles and not his work.

Of course, there’s no right or wrong way to handle a cancer diagnosis. Plenty of people might opt to quit, cut back on hours, or take leave while they’re sick to focus on their health. Others may not have much of a choice in the matter, whether because of the nature of their jobs or the gravity of their illness.

But Boseman’s decision to continue acting, writing, and producing over the past four years is a reminder that some people don’t want work to take a backseat when they’re sick. That’s because work can be a kind of refuge during hard times; a way to maintain a sense of purpose and identity.

An antidote to anxiety

Wendy Lichtenthal, a clinical psychologist at Memorial Sloan Kettering Cancer Center, uses a technique called meaning-centered psychotherapy to help cancer patients identify sources of meaning in their lives as they navigate illness. She says that—apart from practical concerns, such as money and health insurance—there are several reasons why work can be a source of meaning for those with a serious illness.

For one thing, she says, “illness kicks up existential distress. It reminds us of our vulnerability and sometimes it reminds us of the fact that life is finite. When reminded of this fact, it’s natural to question, ‘What have I done with my life? How have I used my time?’ For many people, what they have ‘done’ for work is a metric by which they answer this question.”

Work can also be a much-needed distraction during a scary and chaotic time. “If anxiety is all about what we can’t control in the future, focusing your efforts on what you can control in the present can be an antidote,” Lichtenthal says.

Also, Lichtenthal says, because work is often a large part of people’s identities, maintaining a job can be reassuring. “For patients with cancer, where the illness or treatment side-effects result in physical limitations and changes, this can be extremely important—to feel like oneself, to feel like one is not defined by their disease, and to help them cope with grief over what has changed or feels like it’s been lost,” she says. As real estate agent Richard Power told the magazine Cancer Today while working through colon cancer in 2015: “It allows you to feel normal, and it allows you to feel like you have part of your life back.”

Another part of the appeal of work lies in the same thing that can make it so frustrating: its predictability, mundanity, and routine. A cancer diagnosis is inherently destabilizing, while work, Lichtenthal says, is often “something we can control and at which we feel efficacious.” She adds: “It can feel like a choice one can make in how to respond to a situation that seems to have taken away one’s sense of freedom and control … The choice to work may be an act of meaning in and of itself.”

I’ve seen this phenomenon firsthand in the past few years among a few cherished colleagues living with cancer, including Lauren Brown, Quartz’s special projects editor. Lauren died last year, and would have turned 38 this week, on August 31.

Lauren took some leave while she was ill. But for the most part, she kept working—partly, I think, because she appreciated the chance to focus her expansive, always-churning mind on topics other than illness; partly because her work as a journalist was core to her sense of herself, and a way that she could continue making an impact on the world and on the people she worked with and mentored.

The false binary of healthy and sick

It can be hard for outsiders to understand why someone might want to continue clocking in when their health is suffering. But living with cancer is a highly variable experience. How well a person feels, and what kinds of tasks they feel up to, can change from week to week or day to day.

This reality was highlighted by a 2018 Forbes article in which Erin Grau, the former vice president of people and culture at luggage startup Away, described her own experience working with breast cancer. “I have calls with colleagues and vendors while I’m getting chemo,” Grau told Forbes. “I’m trying to make my illness not such a scary thing. People think: you’re either healthy or sick. But it’s not that binary.”

Unfortunately, even people who are willing and able to continue at their jobs may be prevented from doing so. In the US, federal, and state laws typically offer some protections against employment discrimination, but it’s still possible for workers with cancer to get fired for taking time off work, or sidelined on important projects. That’s why some people may opt to keep their health conditions private.

In Boseman’s case, according to Coles, the actor wasn’t so much concerned about the prospect of outright discrimination than he was about the possibility that people would look at him and see a sick person rather than an artist. But ultimately, it seems that Boseman did want the way he worked through cancer to be a part of his legacy. Coles recalls: “In our last conversation about work he said to me, ‘Tell ‘em what we did. Tell them all the work that was done and what I had to go through to tell those stories.’”

In retrospect, knowing what Boseman went through to fulfill his purpose as an artist only makes his body of work more meaningful. But that’s not to suggest that everyone facing cancer can, or should, follow his lead.

“You are not your illness,” Lichtenthal emphasizes. “The qualities and traits that define you can emerge until your last breath. Your work can be a legacy, and your choice to work can be a legacy.  That said, this should not communicate a message that one should work, or lead to people feeling guilty or inadequate if they cannot work. Each situation is individual and unique.”