SALEM, Ore. – As wildfires exploded and smoke choked communities across the western U.S. this week, residents in Oregon watched the sky change from a deep orange-red on Tuesday to yellow later in the week and then to a foggy white this weekend.

Nearly 95 large wildfires have wreaked havoc through Oregon and other western states, and residents throughout have noticed changes to the sky, even miles away from the blazes.

Orange and red-tinged photos making Oregon look like a movie set from Mars have made their way around the world. A Reddit photo of a UPS truck with a red background has been viewed hundreds of thousands of times. The photos look so strange that Snopes, a fact-checking website, even created a post verifying that Oregon’s skies really were that color. 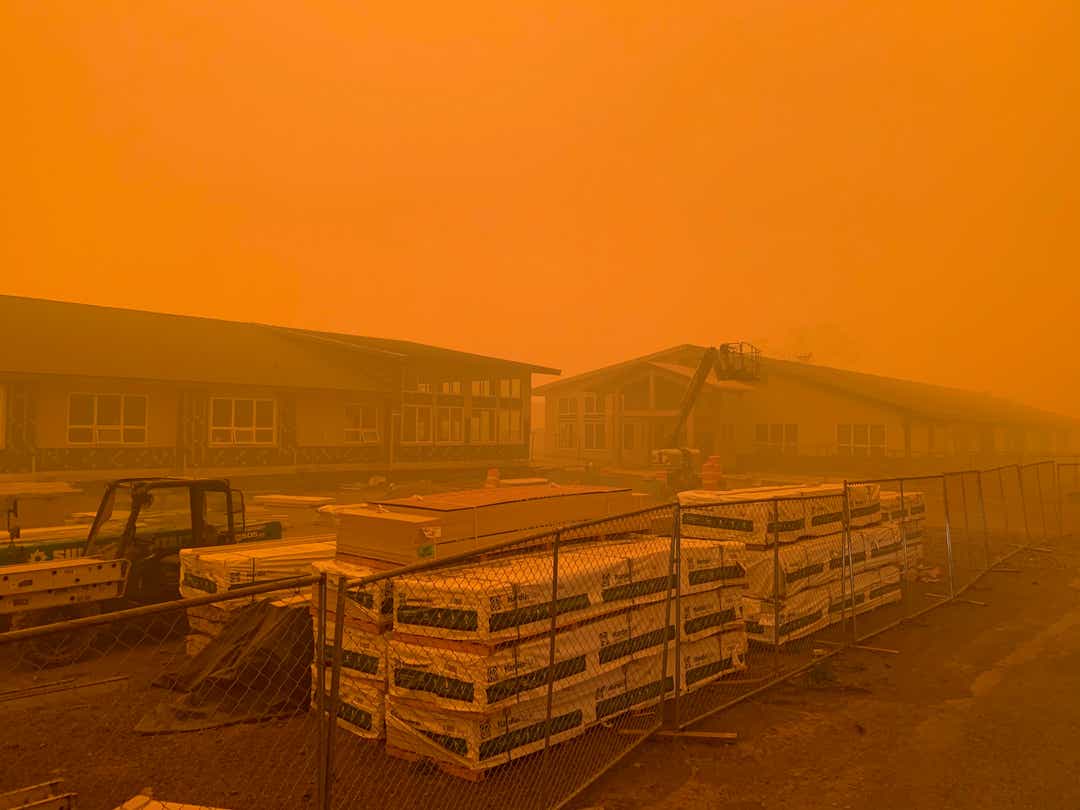 Previously: Apocalyptic photos and video show an orange sky over San Francisco, other cities as wildfires burn across Western states

It’s all about how the sun is bouncing off of what’s in the atmosphere, National Weather Service Meteorologist Rebecca Muessle said.

“The reason the sky is blue is because light is scattering off of the water vapor,” Muessle said. “When it comes to the smoke, the light is reflecting a different color.”

Over the past week, Salem, Oregon, residents saw a shift from bright orange hues on Tuesday, to a more subdued charcoal color by Sunday. 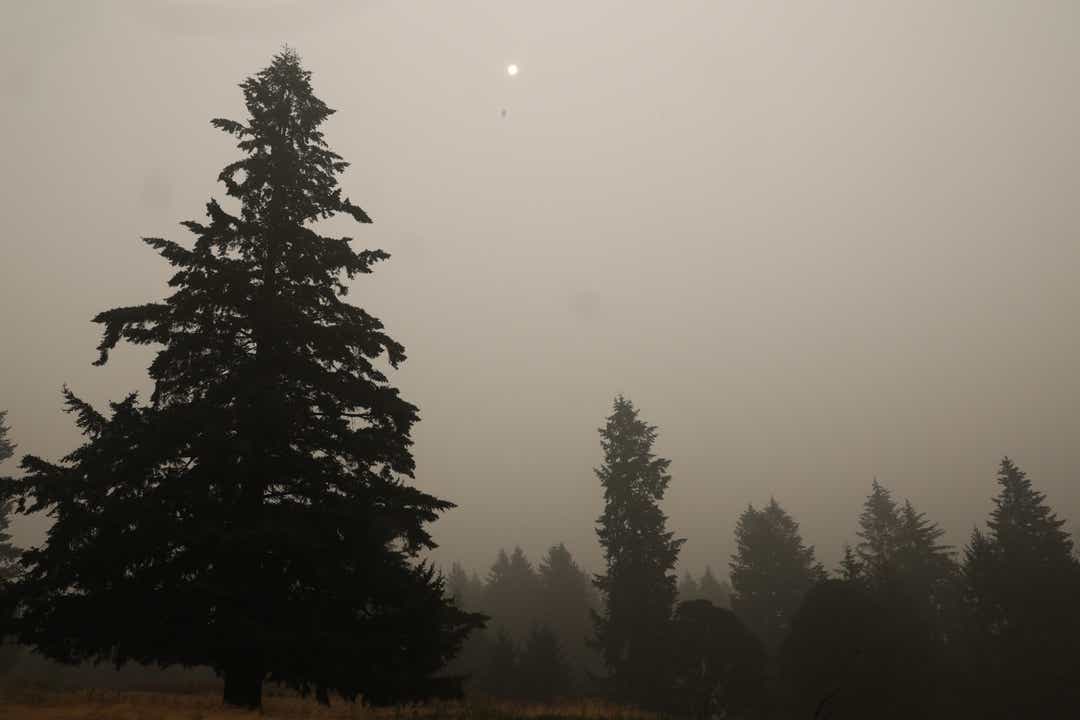 That “has to do with the amount and size of ash and other smoke particles from the fires,” she said.

“On Tuesday, the particulate matter that was put into the air was more direct from the fire, so it’s going to be smaller than it is right now … so that was reflecting the light differently than right now, which is more suspended and larger in size,” Muessle said.

With less light coming through, the sky appears more “hazy” because “you’re seeing more of the true color of that particulate matter,” she said.

A layer of smoke extends from Portland, all the way down to Santa Barbara, Calif, Drew Peterson, a California-based National Weather Service meteorologist, said.

Pilot and instrument reports confirm the smoke layer is sitting between 2,000 and 6,000 feet above the ground. 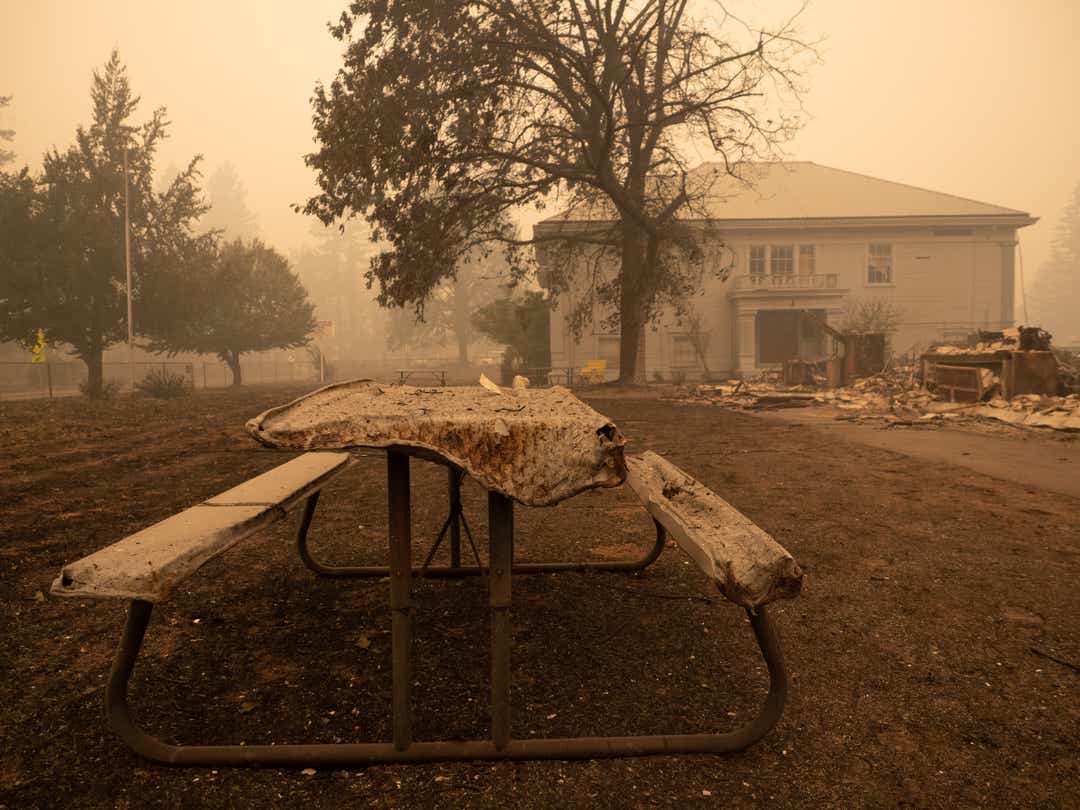 The sunlight filtering through that smoky filter is primarily longer-wavelength colors: red, orange and yellow. The shorter wavelength indigos, greens and violets that make up the rest of the ROYGBIV rainbow are blocked by smoke particles, Peterson said.

“We’re only picking up a third to half of the light coming from the sun,” he said.

Dan Jacobson, director of Environment California, said he believed the apocalyptic sky could be detrimental to people’s mental health after everything they’ve been through in the past few months.

“It’s frustrating and scary,” he said. “Makes you want to throw your hands up in the air and just kind of give up.”

The smoke also continues to impact the quality of the air in Salem, Eugene and other areas in Oregon.

The Air Quality Index, or AQI, for Salem is over 400, according to the Oregon Department of Environmental Quality. Air quality is considered hazardous between 301 and 500. Values above 500 are beyond the AQI scale.

An air quality advisory runs through midday Monday. Until then, everyone is advised to stay indoors to reduce their exposure.