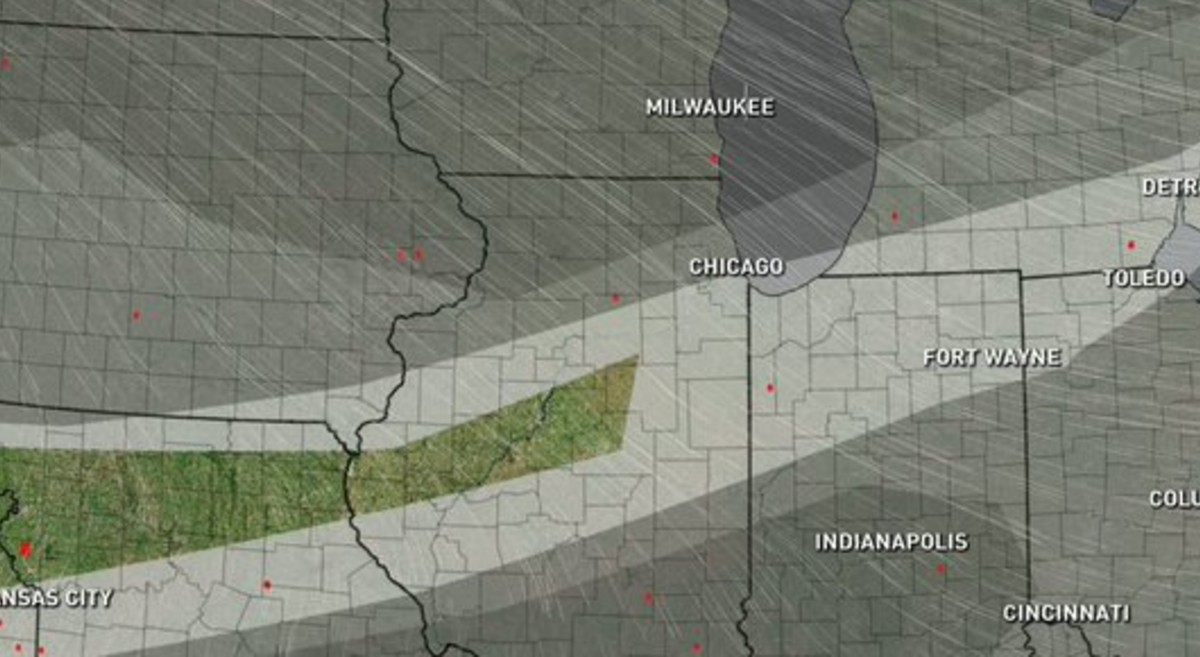 One look at the sky Monday morning and many in the Chicago area will likely notice a “milky white” or even gray haze.

According to Storm Team 5 meteorologists, the cloudy-like conditions aren’t actually clouds. The haze is actually due to smoke traveling east from wildfires on the West Coast.

The National Weather Service reported smoke from the western U.S. fires first traveled toward northern Illinois and northwest Indiana Sunday but conditions would remain hazy through Monday as well. The NWS reported the smoke “is expected to remain aloft so no impacts are forecast.”

The flames up and down the West Coast have destroyed neighborhoods, leaving nothing but charred rubble and burned-out cars, forced tens of thousands to flee and cast a shroud of smoke that has given Seattle, San Francisco and Portland, Oregon, some of the worst air quality in the world.

At least 10 people have been killed in the past week throughout Oregon. Officials have said more people are missing from other fires, and the number of fatalities is likely to rise, though they have not said how high the toll could go as they search. In California, 24 people have died, and one in Washington state. Thousands of homes and other buildings have burned.