A woman has died after falling from a block of flats into a street in east London.

The woman plunged ‘from a height’ in Shoreditch at around 9.30pm last night, according to police.

Police officers rushed to the area but she was pronounced dead at the scene. 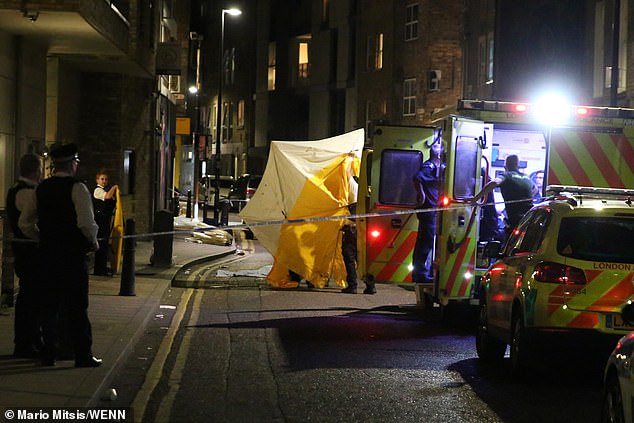 Police investigate a fall from a flat on Bacon Street, Shoreditch, which resulted in the death of a woman last night. Enquiries into the circumstances are said to ‘remain ongoing’ 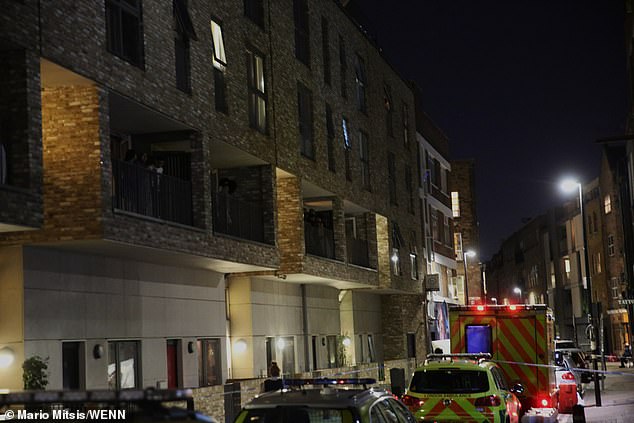 The woman is said to have fallen from a block of flats, above, in east London

A Metropolitan Police spokesman said: ‘Police were called by London Ambulance Service at approximately 9.35pm on Wednesday, 9 September to reports of a female injured after falling from a height in Bacon Street, E1.

‘The female – no further details – was pronounced dead at the scene.

‘Enquiries into the circumstances remain ongoing.’