A woman has rushed to free her neighbour’s cat after she heard it screaming out in pain when it became ensnared in a rusty trap.

Dana Kouris was checking the mail out the front of her home in Sydney’s inner-west, on Friday when she heard the cat and rushed over with her husband. 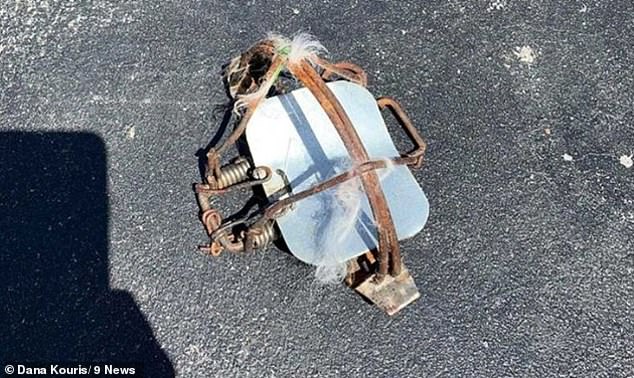 ‘I got the position of holding the cat down, and my husband had the job of working out the mechanics of getting it off,’ she told 9 News.

‘It was a good five minutes, and the latch comes off, and the cat just took off.’

She believed the trap must have been assembled by a disgruntled neighbour but had no idea who it might be. 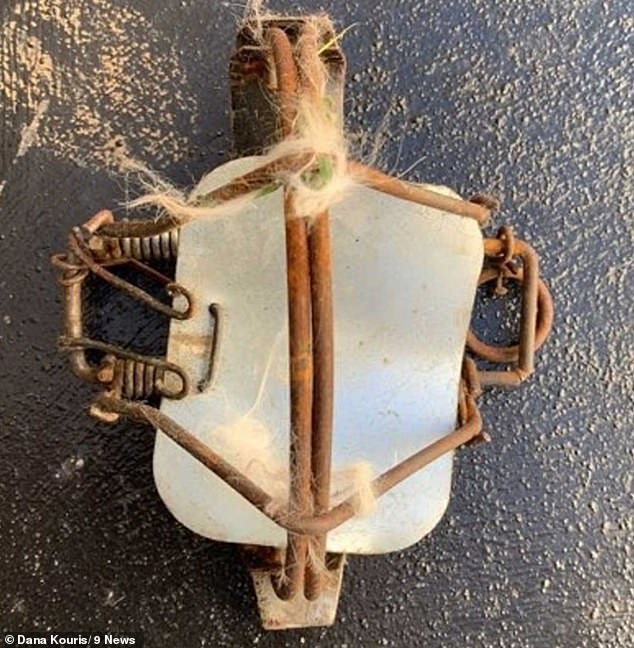 ‘It looks like someone’s making these in their garden, but I can’t pinpoint a crazy neighbour,’ she said.

Mrs Kouris said she believed the trap must have been set up nearby and the cat dragged it away before she found it screaming.

Along with innocent pets, she also feared for school children passing through the area.