The woman who was sexually assaulted at Stanford University in a high profile 2015 case has said she revealed her identity because she didn’t want to spend the rest of her life ‘shrinking’.

For years, Chanel Miller, 28, from California, was known in legal proceedings as ‘Emily Doe,’ but revealed her identity earlier this month. She is preparing to release a memoir, Know My Name, in which she details the attack, the court case and her recovery.

Chanel was 22 when she was sexually assaulted while unconscious by Brock Turner in January 2015 outside a fraternity house on Stanford’s California campus. Turner was found guilty of sexually assaulting Miller in March 2016, but was only given a six month prison sentence in 2016 and spent just three months behind bars.

Appearing on Lorraine today, she explained that while privacy is a ‘huge luxury’, revealing her identity helped her ‘acknowledge the pain’ she went through and admitted she didn’t want the ‘fear of attack or blame’ hold her back from this. 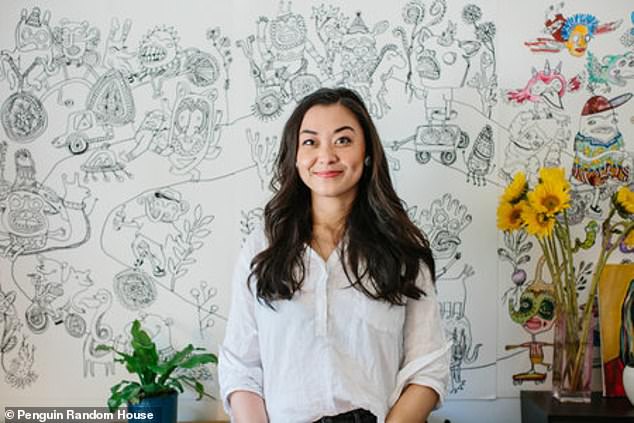 For years, Chanel Miller, 28, (pictured this year) from California, was known in legal proceedings as ‘Emily Doe,’ but revealed her identity earlier this month

‘I decided I didn’t want to spend the rest of my life shrinking and spending all of my energy concealing who I was, she said.

‘I understand privacy is a huge luxury I had over the course of four years, but I also realised that not being able to acknowledge the pain I went through stopped me acknowledging growth I had as a result of that pain.

‘I felt everyone in my life was talking to a Chanel that no longer existed, I wanted to come forward and say “This is my story, this is me now, I need you to meet me here”.

‘The main thing holding me back was the fear of attack or blame and I didn’t want the fear of what men might do to keep me from who I wanted and needed to be.’ 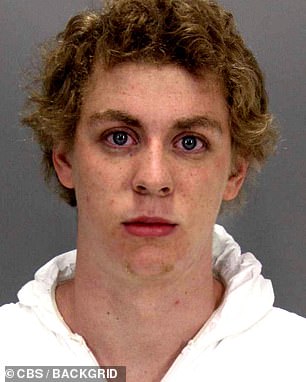 Brock Turner was found guilty of sexually assaulting Miller in March 2016 , but was only given a six month prison sentence in 2016

While she was still anonymous, Miller’s powerful 12-page victim impact statement recounting the assault, her treatment by investigators and the ordeal of facing questions about her sexual activity and drinking habits, went viral.

Part of the statement read: ‘You don’t know me, but you’ve been inside me,’ Miller reads in the statement that quickly went viral following the court case.

‘In newspapers, my name was ‘unconscious, intoxicated woman.’ Ten syllables, and nothing more than that. I had to force myself to relearn my real name, my identity.

‘To relearn that this is not all that I am. That I am not just a drunk victim at a frat party found behind a dumpster, while you are the All-American swimmer at a top university, innocent until proven guilty with so much at stake.

‘You took away my worth, my privacy, my energy, my time, my safety, my intimacy, my confidence, my own voice, until today.’

Speaking today, Chanel explained how after ‘gutting herself’ in the statement, she felt ‘humiliated’ when Turner received such a short sentence.

However, the support she received from the public after the statement was published in the media, meant she ‘slowly became confident in herself and her capabilities’.

‘It’s very strange looking back, after I read the statement in the court room and the sentence was delivered, I thought I had failed, she said. 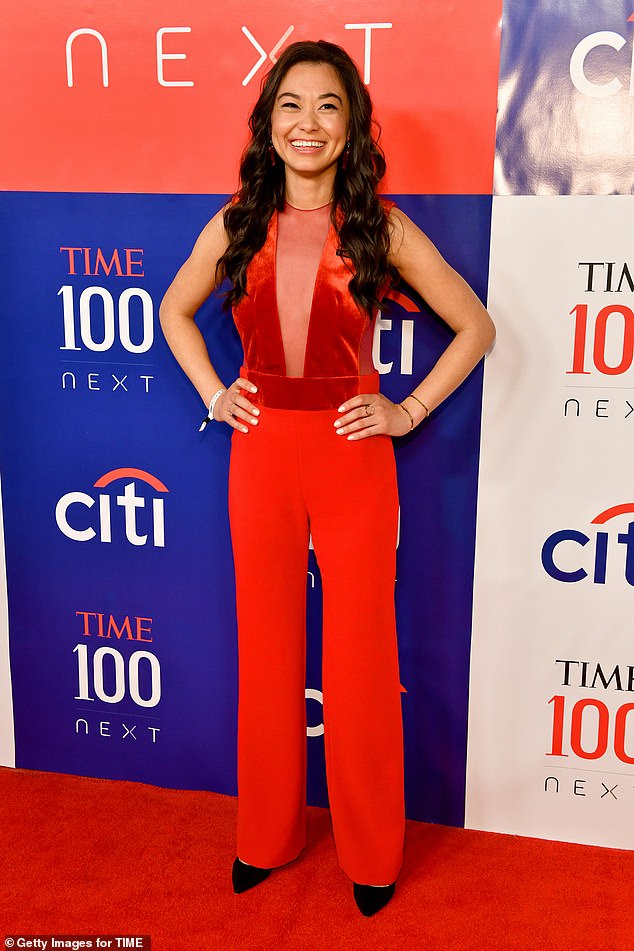 While she was still anonymous, Miller’s powerful 12-page victim impact statement recounting the assault. She is pictured attending TIME 100 Next 2019 last year in New York

‘I was humiliated and wondered why I had gutted myself and shared all these touchy feely things and wanted to curl up and go home.

‘It wasn’t until the next day, when it was released into the world I began to understand that what I did was courageous, and slowly became confident in myself and my capabilities.

‘It’s very scary that an alternate reality had my statement not gone public I would have felt like I failed.’

She added: ‘If I had fully believed him and let his sentence dictate my worth I would have been wrong and instead the reality was millions of people were moved by what I had to say, do not under estimate your power and always seek a second opinion.’ 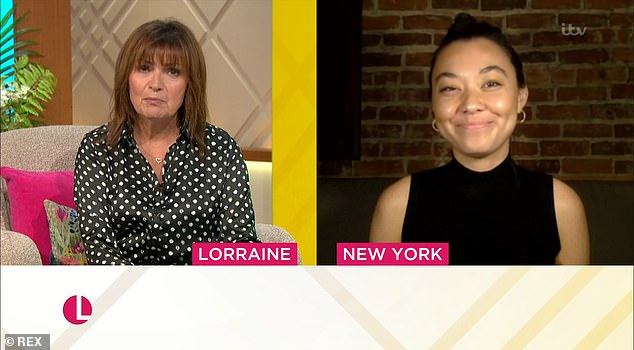 Speaking today, Chanel explained to host Lorraine Kelly how after ‘gutting herself’ in the statement, she felt ‘humiliated’ when Turner received such a short sentence 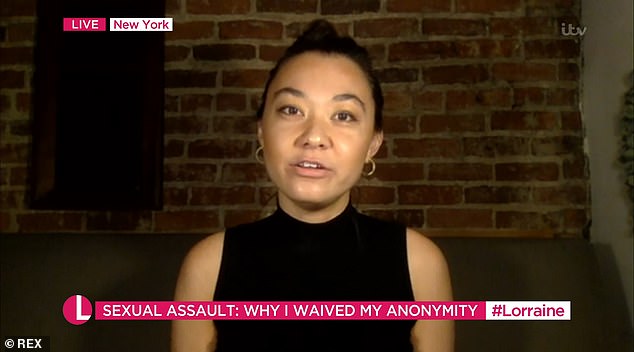 However, the support she received from the public after the statement was published in the media, meant she ‘slowly became confident in herself and her capabilities’

As a result of Chanel’s case,  the law in California has since changed and there is now a mandatory three year minimum prison sentence for penetrating an unconscious person or an intoxicated person.

Chanel called the change in legislation ‘very exciting’, but told ‘any victims’ to be proud of themselves at ‘any stage’ of their recovery.

‘It’s very exciting, said Chanel, ‘And I remember even before the law, my dad would always say “I’m so proud of you” and I would think, “What is he proud of? I’m barely getting out of bed, i’m barely getting by.”‘

‘Now I understand and for any victims watching, I hope you’re proud of yourself, even for getting out of bed, at any stage and I hope you give yourself credit.’