A New Hampshire woman voting in Tuesday’s primary election wore a T-shirt that said ‘McCain Hero, Trump Zero’, but when she was told she couldn’t wear it, she ripped it off and voted topless.

Town Moderator Paul Scafidi said the woman walked into the Talbot Gymnasium in Exeter Tuesday afternoon, but he told her she couldn’t vote wearing an anti-Trump shirt under state law.

New Hampshire state law says no person ‘shall distribute, wear, or post at a polling place any campaign material’, punishable by an up to $1,000 fine. 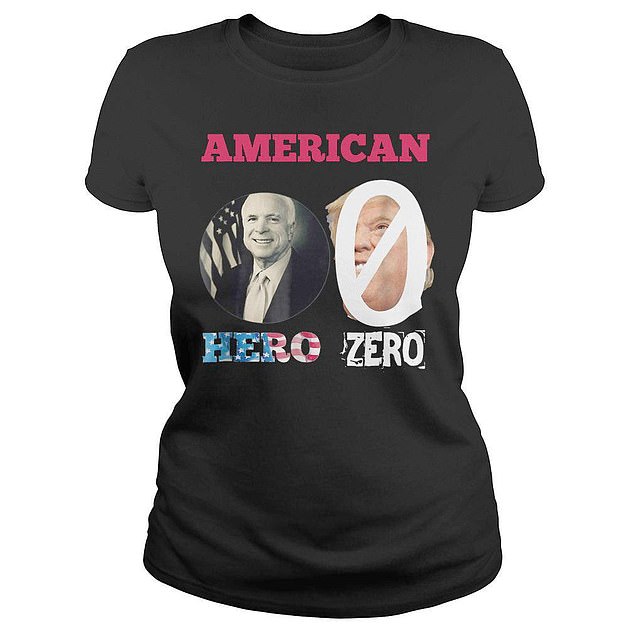 On Tuesday a New Hampshire woman voted topless after she was told she couldn’t vote in a shirt that said ‘McCain Hero, Trump Zero’ at an Exeter polling station. The woman was wearing a shirt likely similar to this file image above

Scafidi informed her and the two got into an argument where she questioned why she was being singled out and she allegedly argued that another voter was wearing a shirt with an American flag on it.

‘She asked why her and not me? I said she was going to have to cover her shirt and (a shirt) supporting the American flag was not electioneering. That’s my opinion, and that was my call as the moderator,’ Scafidi said to Sea Coast Online.

The woman asked Scafidi if he wanted her to take her shirt off, even though she wasn’t wearing anything underneath.

The woman then boldly took off her shirt before he could answer and ran to vote.

‘I said, I’d rather she not. But she took it off so fast, no one had time to react so the whole place just went, “Woah,” and she walked away, and I let her vote. She could’ve just gone into the hallway and turned it inside-out.’ 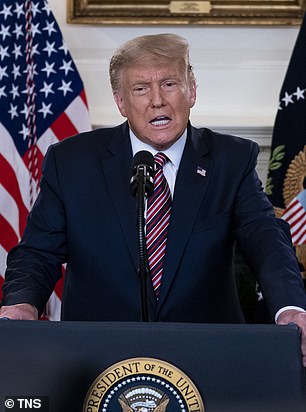 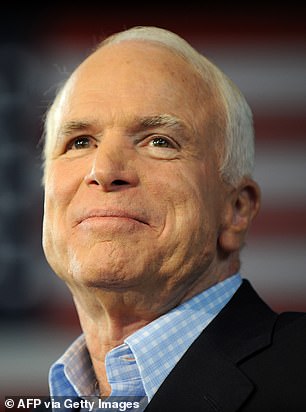 The ‘McCain Hero, Trump Zero’ shirt is a nod to the contentious relationship the two Republicans had for about two decades during which Trump slammed McCain saying he wasn’t a ‘war hero’ and he was ‘never a fan’ of the Arizona senator

Scaifidi said he would’ve called police to remove the voter for indecency, but he didn’t want to escalate the incident.

‘I don’t know if she was trying to have me get her arrested, but I thought it was better to just let things play out,’ Scafidi said.

‘I don’t think there were more than 15 voters in the building at the time and if there were any children there, I didn’t see them,’ he added.

The ‘McCain Hero, Trump Zero’ shirt is a nod to the contentious relationship the two Republicans had for about two decades.

President Donald Trump bashed McCain for being a prisoner of war in Vietnam, saying in 2015: ‘He’s not a war hero. He was a war hero because he was captured. I like people who weren’t captured.’

When McCain passed away in August 2018, McCain’s family did not invite Trump to the funeral. 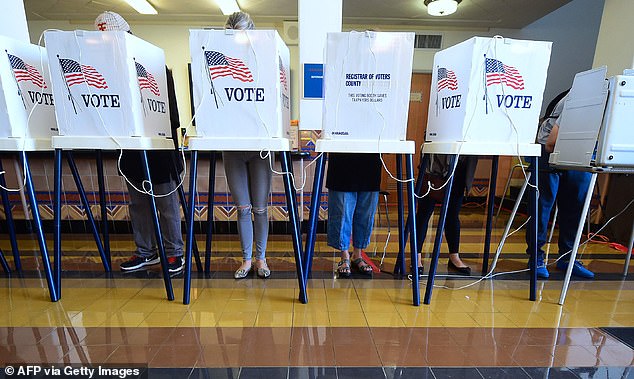 Trump was not on Tuesday’s ballot which featured races for governor and Congress.

Most poll workers laughed off the bizarre display and continued work as normal.

‘If she felt it was her right, more power to her. We all laughed about it as things were winding down, so I don’t know if it was a set-up, but I’ve never experienced anything like that,’ Scfidi said.

‘We had more important things to worry about; we had to get 2,000 people to vote safely, and check-in and count 2,000 absentee ballots,’ he explained.