A woman who self-harmed after she was told she would never get a boyfriend because of her race has defied the bullies by entering Miss England.

Taylor Thomas, 23, from Warwickshire, was driven to self harm at just 13 after her peers bullied her for years, repeatedly saying she would never be loved because of her Caribbean heritage.

But she has now been crowned Miss Leamington Spa and will battle to be crowned the most beautiful woman in England.

Speaking today, Taylor – who decided to speak out about her experiences of racial injustice over the past five years after the death of US police brutality victim, George Floyd – said she’s finally embraced the colour of her skin. 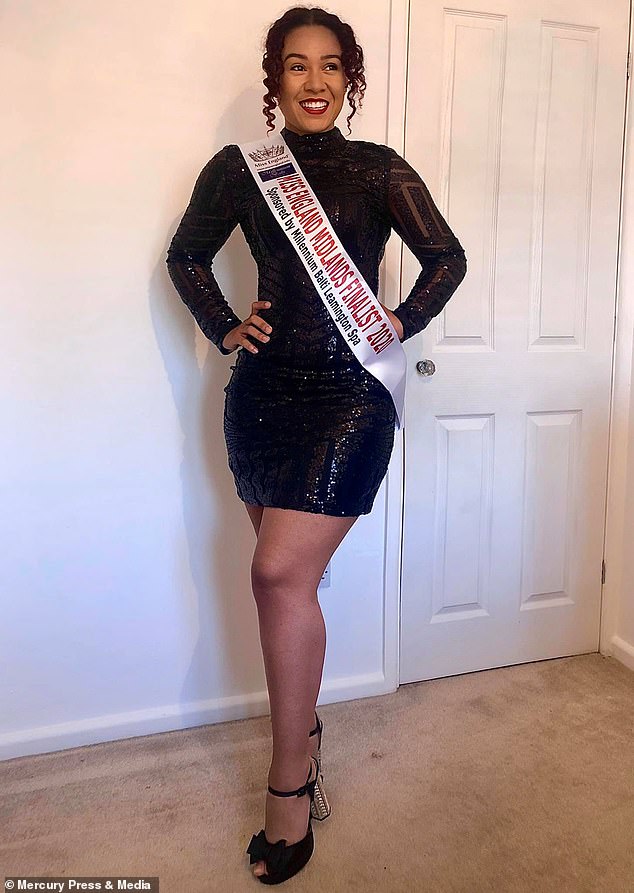 Cruel bullies tried to break the spirit of Taylor Thomas, 23, from Leamington Spa, Warwickshire, but did not succeed. The beauty is now running for the Miss England crown

‘I had a lot of people tell me I would never have a boyfriend because I had a “black nose”.

‘I was told to bleach my skin and I would straighten my hair until it fell out because people would tell me frizzy hair isn’t attractive. 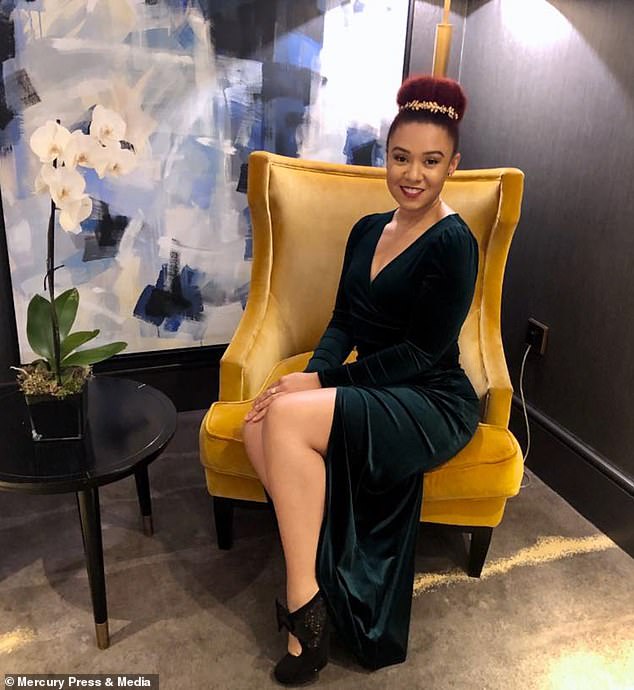 Taylor shows off her confident glamorous style. She now embraces her natural beauty after years of being told she wasn’t loveable by bullies 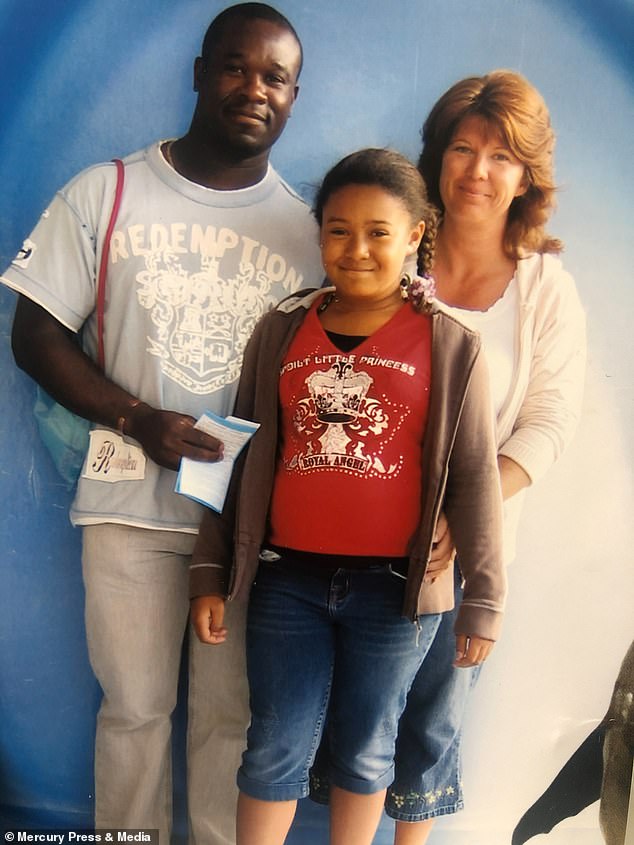 Taylor pictured aged seven with her dad Melvin (left), 55, and mum Michele, 53. Taylor said that without her parent’s support she may not have overcome the bullies

‘If it wasn’t for my parents’ support I don’t really know what would’ve happened because even the teachers were saying it was nothing major and called it “character building”.’

With the support of her parents Michele, 53, and Melvin, 55, who even fought in court to help Taylor move schools, the brunette beauty was able to leave those that had tormented her behind.

But the effect on her self-esteem remained, with Taylor admitting she lied to her new classmates about why she had moved schools because she was too scared to confess she had been bullied. 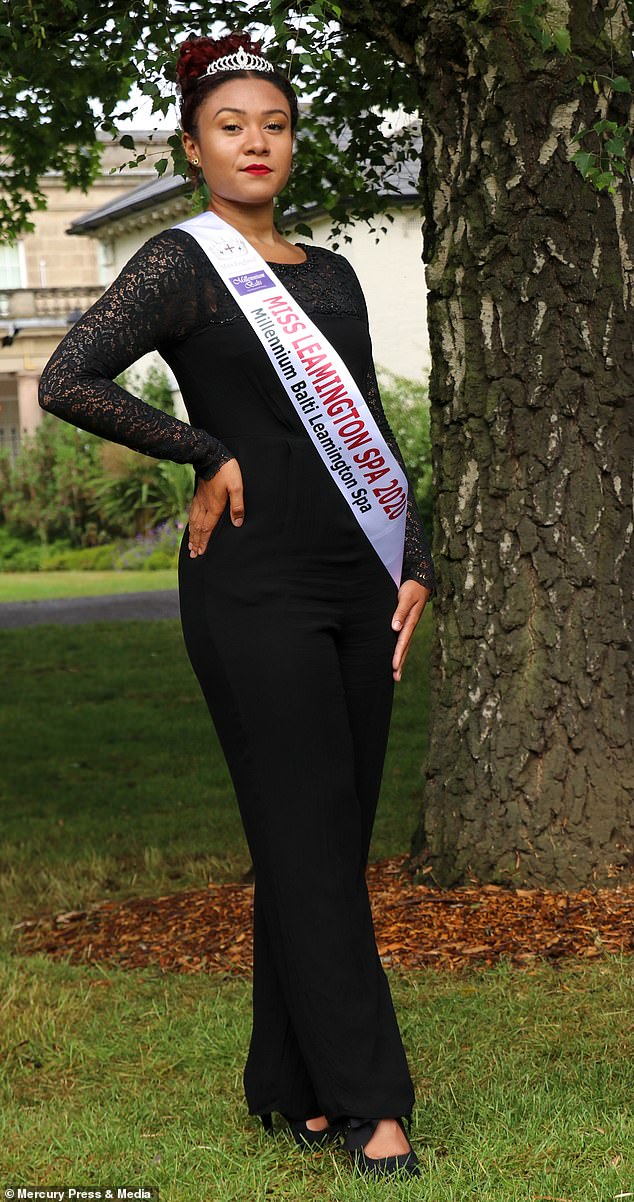 Taylor, pictured standing proud in her Miss Leamington Spa sash and tiara, was forced to move school due to the continuous bullying 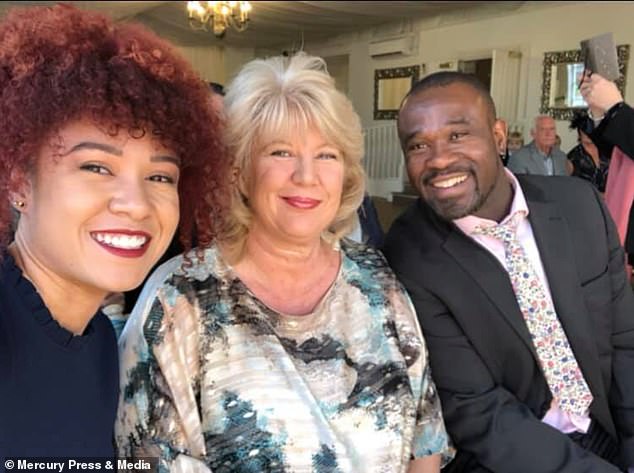 Taylor, who is also a music coach, is fighting back with a message of self-love and kindness and hopes to use her spot in the Miss England contest to show others that they are not defined by the adversities life throws at them.

Taylor added: ‘My parents had to battle so that I didn’t have to go back to that school.

‘Eventually I got into a new school that suited my personality so much better, everybody was so much more accepting but even then I didn’t want to open up about the bullying that I’d suffered. 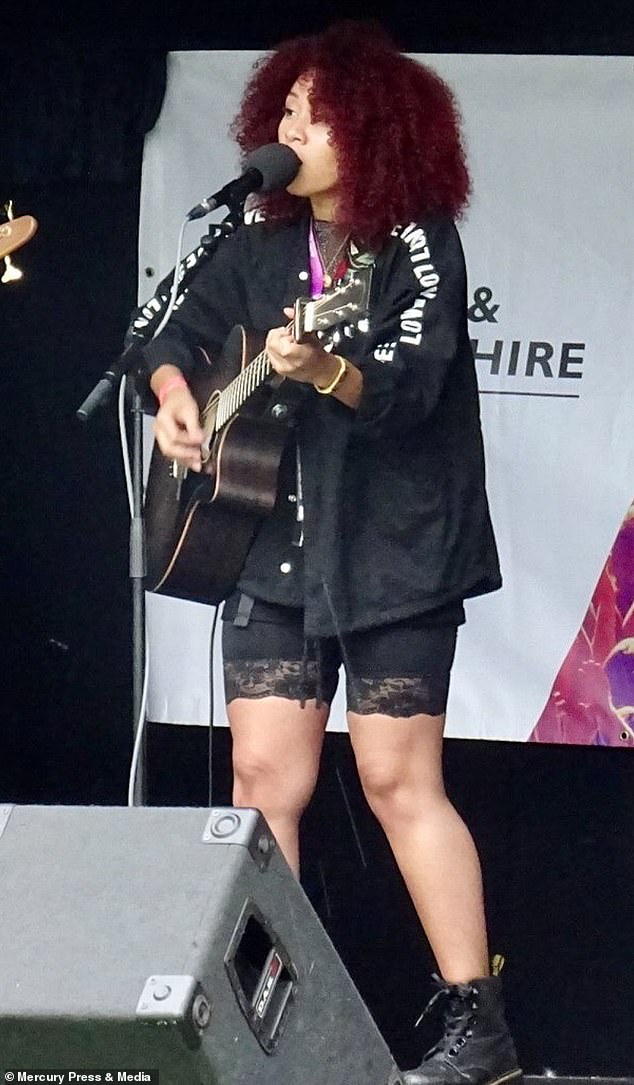 Taylor’s passions include singing and songwriting. Taylor has loved to sing since she was a little girl and often wrote in her songs about how her bullying affected her 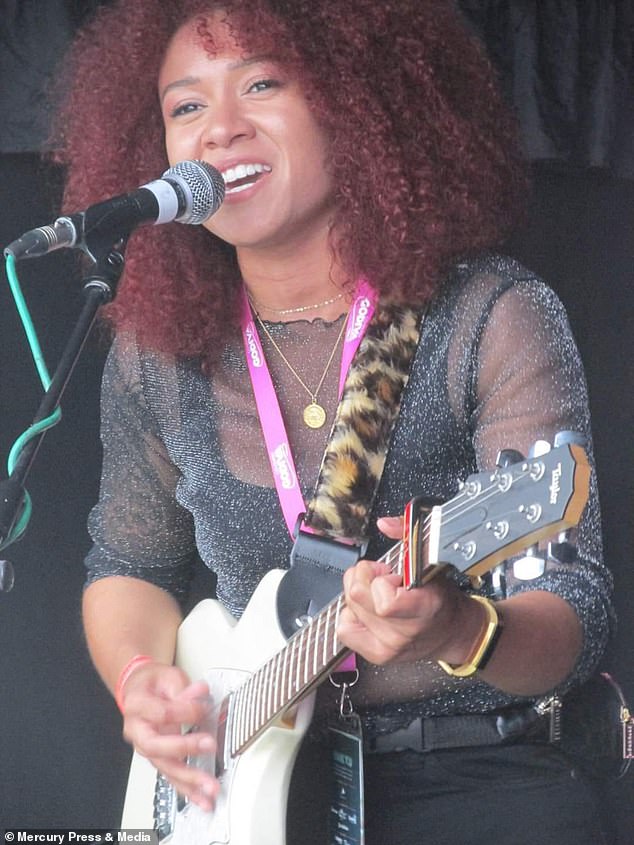 ‘When people asked me why I had moved schools I would tell them it was because they had a better music curriculum.

‘I’d rather lie than tell them what had actually happened to me.

‘It really wasn’t until last year that I decided to open up and face what I’d been through when I got involved with an anti-bullying campaign.

‘It took me 22 years to finally feel some peace and comfort with who I am. 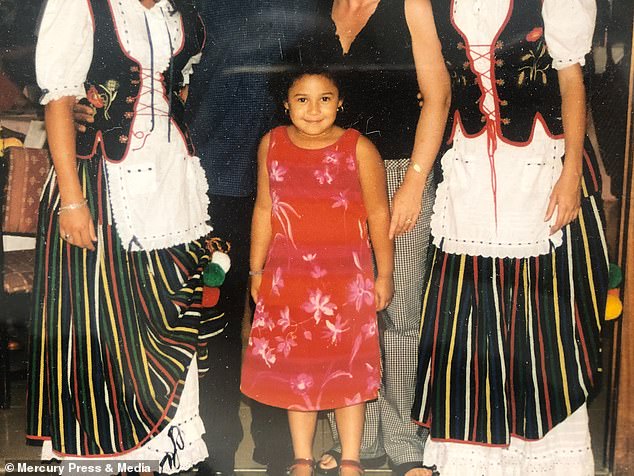 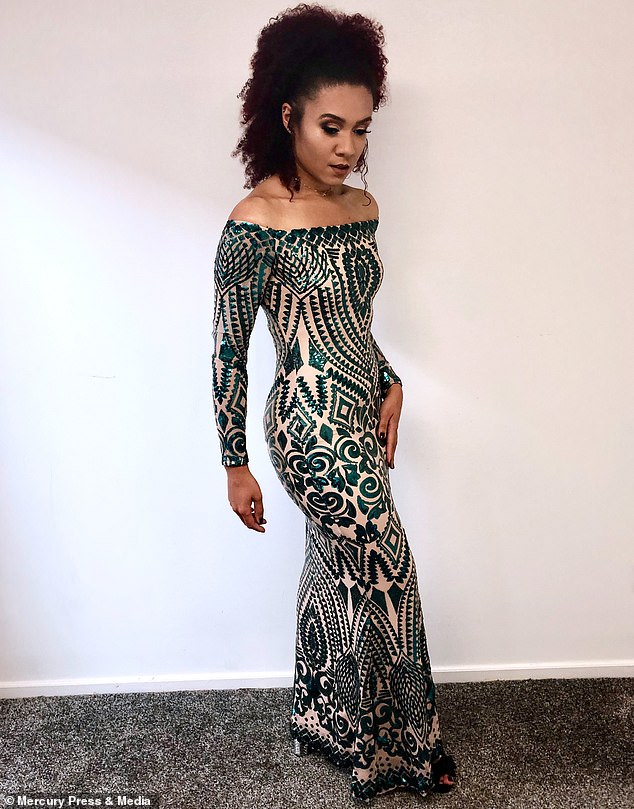 Taylor looking glam for the anti-bullying campaign gala, which inspired her to apply for the Miss England pageant

‘I cried when I got the sash in the post because I never saw myself as beautiful or a strong person.

‘I always thought that strong women had lots of confidence, but actually they’re just people who have been through things and have kept pushing through it.

‘People are so much more attractive when they smile – it really doesn’t matter what you look like as long as you’re happy and smiling.’