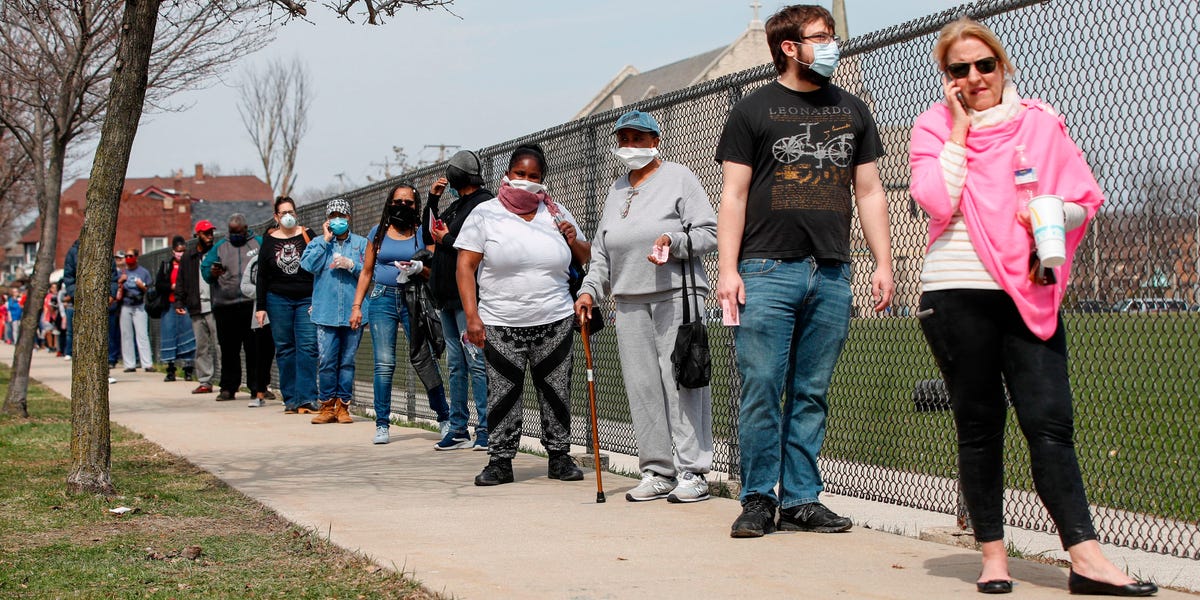 Nicknamed the “WOW counties,” the Milwaukee suburbs of Waukesha, Ozaukee, and Washington have long been reliably red. These counties are some of the most racially-segregated in the country, and are critical to President Trump’s success in Wisconsin in the November election.

Despite evidence of serious cracks in the conservative stronghold — namely significantly smaller margins of victory for Republican candidates in recent elections — national news outlets are still casting doubt on democrats‘ ability to win in these areas.

But the media’s missing something when it comes to its political predictions in this area: President Trump has a “women problem” in Wisconsin, and women like me are the most insidious threat to his victory.

I’m not a Milwaukee native; I relocated here from Illinois five years ago. Although as a progressive woman, my expectations for the political ideology of my new home were low, I’ve been shocked by what I’ve seen in the wake of the 2016 presidential election. Plenty of women here are ready to reclaim Wisconsin for the Democratic Party.

What began as handfuls of women gathering in each other’s homes and online in secret Facebook groups has since evolved into well-oiled activism machines. Today, our grassroots organizations lobby legislators, campaign for candidates, march for social justice and equality, and call for systemic political, economic, and judicial reform from local levels of government to the halls of Congress, the White House, and the Supreme Court.

Groups like Women Activists and PerSisters have sown electoral seeds since 2016 that are already bearing political fruit; Democratic candidates won key races and made substantial inroads in the WOW counties in the primary elections this year.

For example, in the city of Oconomowoc, located in Waukesha County, progressive candidates were elected to the office of mayor and the school board. Conservative candidates also won by significantly lower margins in the primary than in previous elections. As political writer Craig Gilbert wrote in the Milwaukee Journal Sentinel at the time, “These declines can’t be written off as just the by-product of one spring election that attracted more Democrats than Republicans to the polls. The drop in the conservative margin in all three counties was bigger than it was statewide. And it echoes a recent trend in partisan races.”

This phenomenon is not merely a trend, but evidence of an uprising of Wisconsin’s “rebel women,” a nickname coined by white, privileged women in this community to refer to our failure to fall in line with the political norms traditionally expected of us, and which we have historically enforced. While women of color in Wisconsin have long championed progressive values and campaigned for increased social equity in this state (and all across our country), privileged white women overwhelmingly have not. It’s past time we stepped up and supported women of color’s critical work.

President Trump’s 2016 election was a painful consequence of our political complacency, and we let women of color down by not doing our part to prevent that outcome. Our activist awakening is shamefully overdue, but it’s not too late to stand behind and in solidarity with women activists of color. For too long, they have pushed to destabilize the status quo without the protection of race, and sometimes class, that white women benefit from, and it’s time for us to use that privilege to support and further their work.

We hope the trouble we’re causing is what late congressman and civil rights activist John Lewis would call “good trouble” — the disruption necessary to make people question why there aren’t more people of color, LGBTQ people, and immigrants in our communities, and to ask themselves why people of diverse backgrounds who do reside here are often treated in ways that make them feel unwelcome and unsafe.

We’re refusing to passively accept the “moral” principles that generations of families born and raised here have passed down, like the ideas that childbearing is more important than the people who bear them, and that acceptable love is confined to a gender binary. We’re confronting people with the uncomfortable reality that police whose service, protection, and sacrifice they were taught to respect and revere without question needs to be called to account when their implementation of law and order results in lethal racial violence and discrimination.

But, like all trouble, “good” or “bad,” the actions of my fellow activists and organizers, our communities, and I have inspired opposition. One Black woman in our community, for example, provides doula services to those seeking pregnancy support and pregnancy release despite being routinely stalked and terrorized by anti-abortion protesters for doing so. The threat of reprisal is particularly real for her given the historical relationship between anti-abortionists and white nationalists, yet she does not quit.

Thousands of women here are putting themselves, their livelihoods, and their families on the line to turn the notorious WOW counties into a place worthy of its awe-inducing moniker instead of a bastion of unshakable conservative allegiance. So before pundits declare the WOW counties for Trump, they should recognize the threat women pose to the continuation of the Republican political regime here. Conservatives have a serious “women problem” in Wisconsin, and we will be their electoral undoing — sooner or later.

Ashley Jordan is a feminist writer, speaker, activist, and organizer. She is also a former attorney who specialized in domestic violence cases. She has taught Gender and Women’s Studies courses at Northern Illinois University in DeKalb, Illinois.