The boss of Woolworths has warned Australians could miss out on their favourite Christmas goods if the Victorian government doesn’t ease restrictions that are crippling the supermarket giant’s supply chain.

CEO Brad Banducci has flagged concerns about potential stock shortages as demand for groceries rises in the lead-up to the festive season.

He said retailers could experience shortages similar to those experienced at the height of the country’s first lockdown in March and April unless changes are made.

Mr Banducci said shortages could force shoppers to visit multiple stores to track down what they need, defeating the purpose of COVID-19 restrictions. 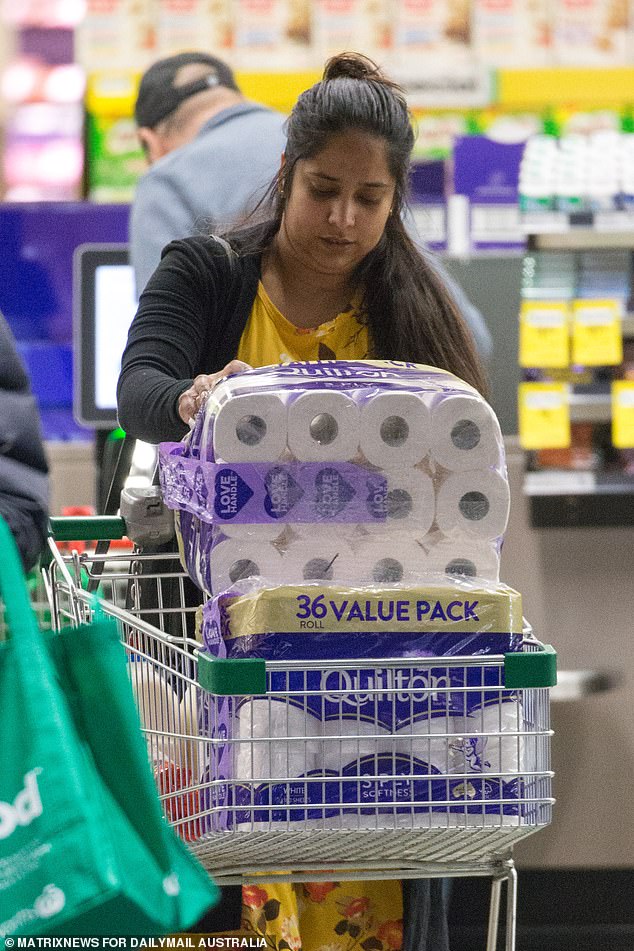 Supermarket chains fear shortages of some groceries in the lead-up to Christmas unless the Victorian government eases restrictions (Pictured: a woman stocks up on toilet paper supplies in Victoria before the second lockdown in July)

Banducci voiced his concerns during a Business Council of Australia event on Wednesday night, according to a report in the Age.

Banducci told Daily Mail Australia in a statement that Woolworths has been facing ‘unique challenges’ in Victoria. 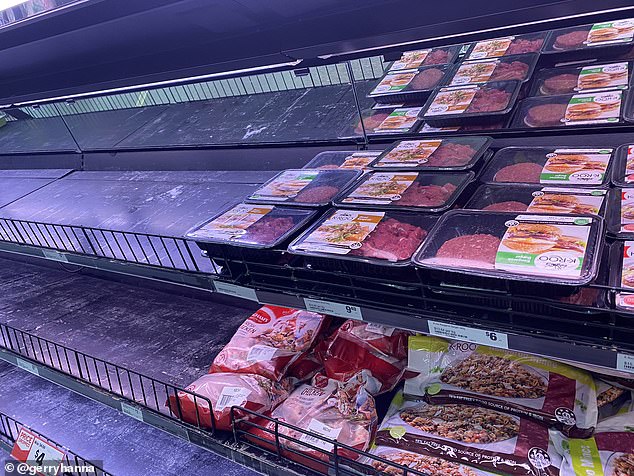 Suppliers are concerned there could be a shortage of Christmas Hams in Victoria this year (Pictured: the meat aisle is almost empty in a Melbourne supermarket after the announcement of new lockdown measures)

‘As part of this, we’ve shared data-driven insights on anticipated shopping behaviour in the lead up to the busy Christmas season to help inform policy making as it relates to our supply chains.’

‘Today we found out it’s going to be a limited selection of Christmas hams… there is a good example of something we would buy 30 tonnes of that we are not going to be able to get this year,’ he said.

‘There will be major food shortages. You will be limited in the hams, turkeys, Christmas food you can purchase… and a lot of other foods generally.’

Restrictions imposed by the Victorian government mean supermarket chains are operating at a reduced capacity across distribution centers and warehouses.

This is due to a directive by the state government to lower staff members by 30 per cent as part of COVID-19 safety measures.

But with demand for groceries set to soar over the holiday period, suppliers are worried they won’t be able to meet demand with a reduced workforce. 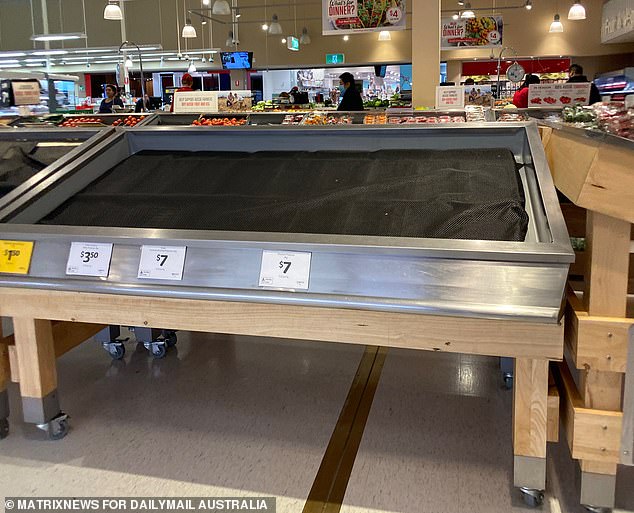 Without a change to supply chains across the state, some retailers say they could start seeing empty shelves (pictured in Melbourne in July) in similar scenes to shortages in March and April

Mr Harrison said if the government doesn’t lift restrictions it is going to make this year’s festive season tough for a lot of people.

‘We talk to some of our manufacturers now and they are running at seven days a  week,’ he said.

‘People who are working are tiring, because there is a limited workforce having to do long hours which is not great for people’s physical and mental capacity as well.’

He said the changes need to be brought in by the end of the month, or residents in metropolitan Melbourne and regional Victoria will suffer. 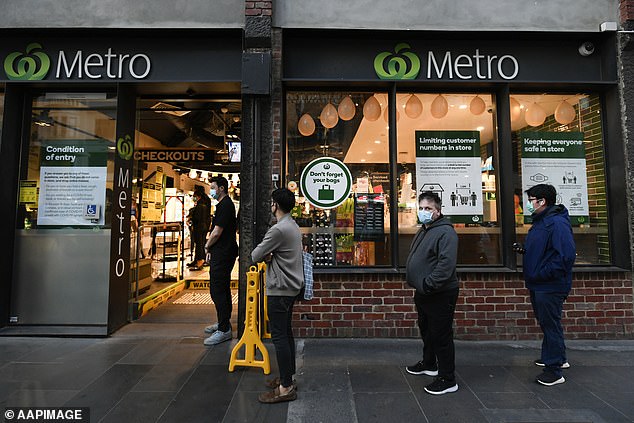