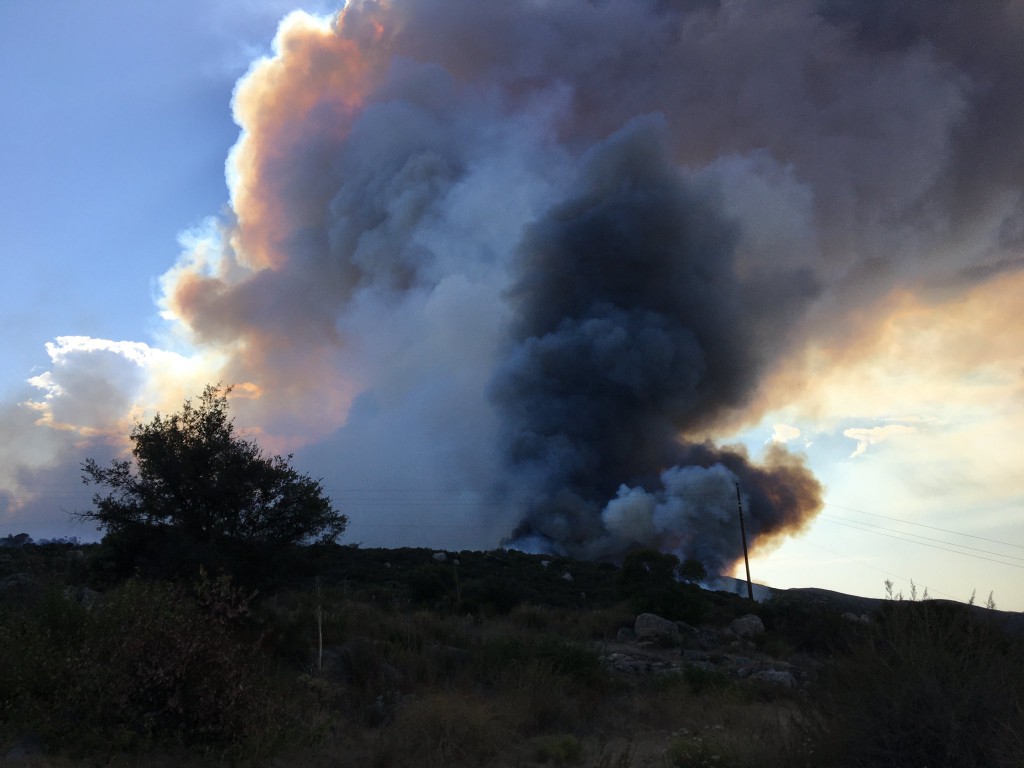 EAST COUNTY (KUSI) – Firefighters from the Cleveland National Forest and Cal Fire are battling a fast-moving brushfire Saturday that has burned about 1,000 acres in two hours in the Japatul Valley area near Alpine.

The fire began at about 3 p.m. off Spirit Trail and Japatul Road and was described early by Cal Fire officials as burning at a dangerous rate of spread and a medium threat to structures.

About 4 p.m., Cal Fire said the community of Carveacre Road was threatened and under evacuation orders. Multiple air and ground resources are on scene and en route.

About 5 p.m., an evacuation order was issued for all of Lawson Valley. The fire front was one-mile long, according to Southern California Air Operations.

Plumes of smoke could be seen for miles in East County.