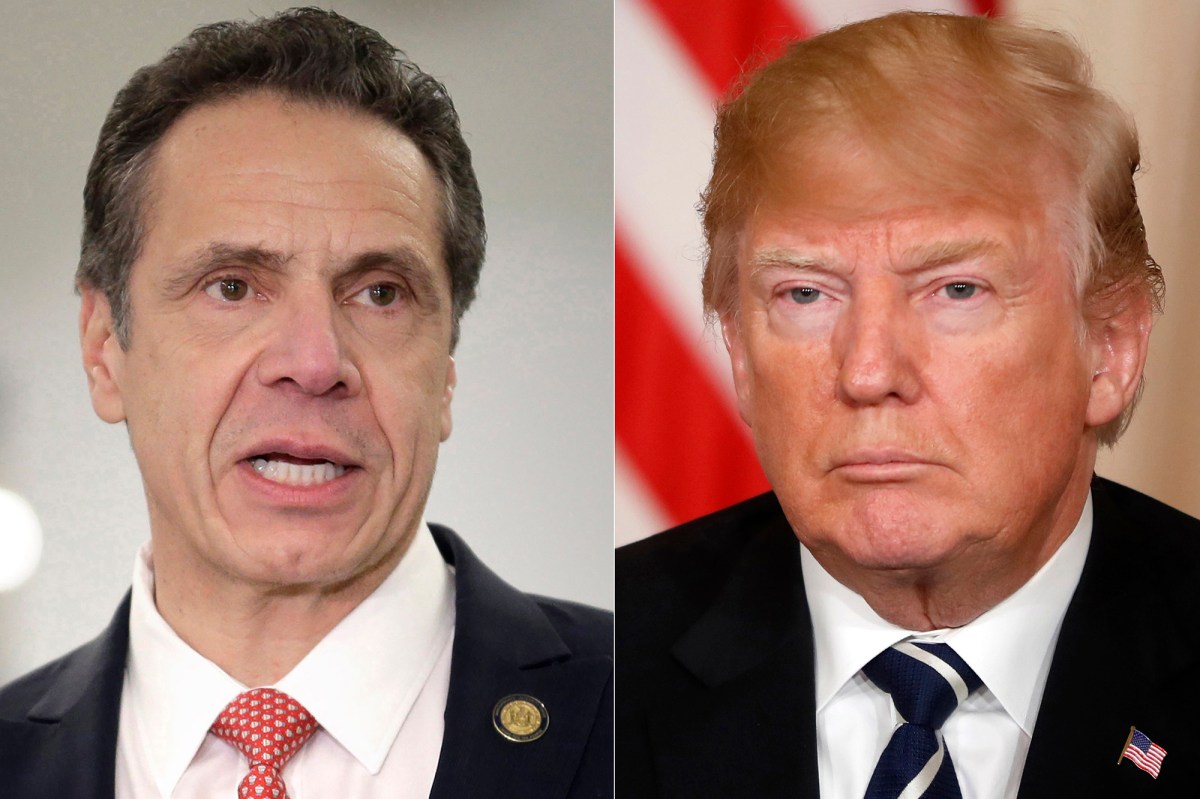 President Trump knows how to troll Democrats — witness his declaration that he will cut federal funds for New York City along with three other “lawless” cities.

It’s an empty threat, difficult if not impossible to do — and unwise as well. It would be obnoxious if left unaddressed.

But Gov. Andrew Cuomo felt the need to go overboard.

The prez has ordered his minions to see what cuts they can make in funds for the Big Apple as well as for Seattle, Washington, DC, and Portland, Ore. Trump was making the valid point that Portland Mayor Ted Wheeler and the rest deserve much of the blame for what’s happened to their towns: Mobs don’t stop looting, burning, etc. until the authorities make them stop; they just keep going until there’s nothing left to burn.

But how much cash Trump can legally withhold is an open question: Though many programs allow for some executive discretion, it seems unlikely the city could lose $7 bill­ion, the number floated. And any move on his part is sure to face a legal challenge.

Yet Trump’s real goal was to get an over-the-top response, and boy did local pols deliver.

They declared that taking “their” money is the ultimate crime against humanity. Cuomo really lost it — holding an emergency press conference Wednesday night to call out the president less than an hour after Trump made his threat.

The governor seemed truly upset, launching into a host of personal attacks on the president, with “tabloid clown” being among the nicer comments. (Though, to be fair, Trump was mean to gov-brother Chris earlier in the day, even calling him “Fredo” again.)

In other words, Cuomo basically admitted that New York is as “lawless” as Trump charged. We know it’s not what a Queens guy wants to hear, Governor, but you’re really better off not trying to beat Trump at his own game.