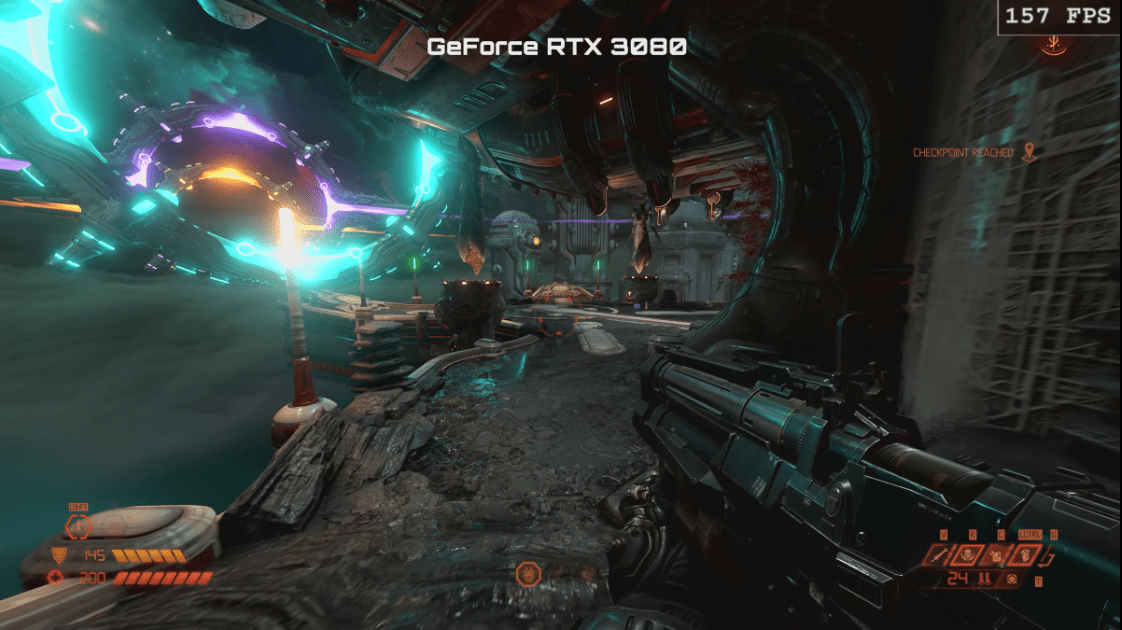 When it revealed its first 3000-series graphics cards earlier this week, NVIDIA said the $699 GeForce RTX 3080 runs twice as fast as the 2080. To showcase its latest tech, the company released a gameplay video of Doom Eternal running on the 3080, which includes side-by-side comparisons with the 2080 Ti (a souped-up version of the 2080).

You’ll need a display that’s capable of showing off 4K visuals at 60 frames per second for the optimal effect here — YouTube doesn’t support higher FPS rates than that yet. Still, Doom Eternal runs very smoothly here on what I’d imagine are fairly high graphics settings. There’s an FPS counter in the top right corner all the way through, and it rarely dips below 100 FPS despite all the gnarly, fast-paced action.