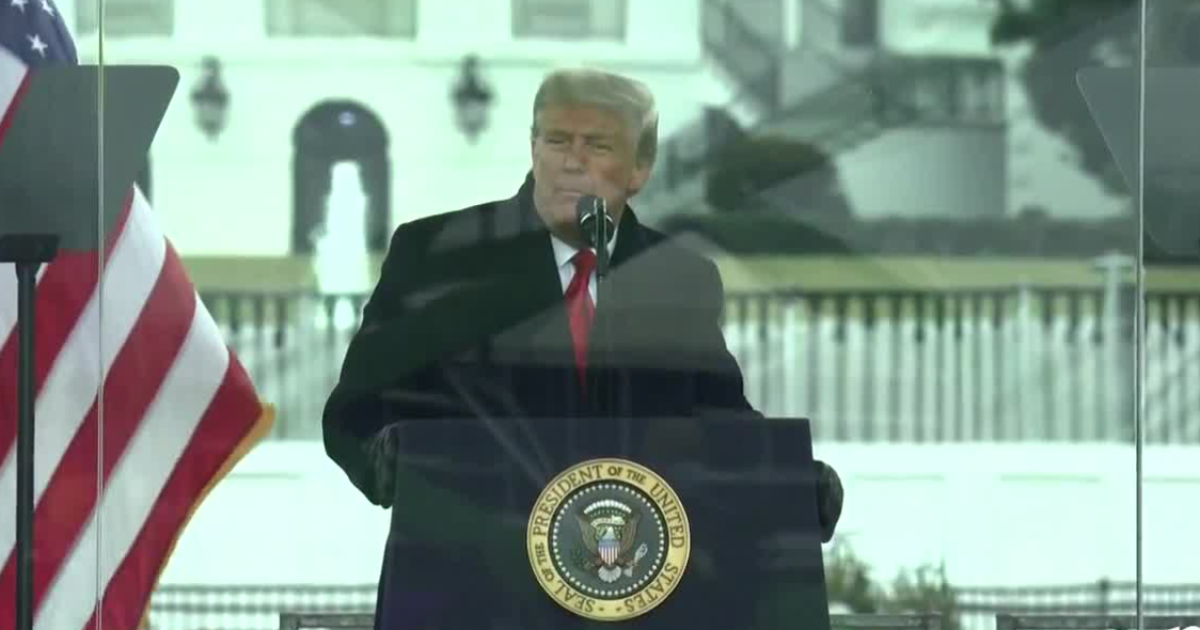 NYE COUNTY (KTNV) — A letter was posted to the Nye County GOP’s website on Jan. 8 that appears to double down on the claim that President Trump won the 2020 election over former Vice President Joe Biden.

The letter was attributed to the Nye County GOP Chairman Chris Zimmerman and says “Trump will be president for another four years. Biden will not be president.”

RELATED: Pelosi outlines House’s efforts to impeach Trump or remove him via 25th Amendment this week

The letter goes on to state that Trump never actually conceded the election but said only that there will be a peaceful transition to a new administration.

The author seems to take this to mean President Trump will remain in office while bringing on a new Vice President and cabinet, calling those people traitors.

The letter ends quote “The next 12 days will be something to tell the grandchildren! It’s 1776 all over again!”

While the letter was not signed, the NYE County GOP Facebook page says it was written by its chairman Chris Zimmerman, and a later update to the post also identified the author as Zimmerman.

An update from Zimmerman was also shared on their website on Jan. 10 clarifying the original post and saying, “there was nothing in the letter that included, implied, or supported anything seditious.”

Both the original post from Jan. 8 and the update posted on Jan. 10 are below.

These things may happen out of the order listed and some may happen multiple times. As I have been watching closely, many things have been and are in play as we speak. Remember that Trump has not and will not give up. He actually takes his oath of office to defend the Constitution against enemies foreign and domestic very seriously. This is why they are so panicked in DC: they know that Trump will fight while Congress just rolls over.
I’ve mentioned this before but it bears repeating. None of us would have believed what we all now know except that Trump and his team have painstakingly taken the time to show the public. Want to show what Congress thinks of you? Highlight that the stimulus bill only sent $600 to each American but billions to other countries (payoffs, money laundering). Want to show the extent of collusion with the CCP at all levels of government? Bring multiple lawsuits against the election fraud from the local courts all the way to the Supreme Court which will show just how brazenly treasonous the judges are. Want the public to see how rigged the election system has been for many years? Present the evidence openly as we have seen. Even this week we have sworn testimony out of Italy that the Leonardo defense contractor used satellites to change the votes from our election in the USA from Italy. These Dominion voting machines were actively sending data to Germany, Serbia, China, Iran, and now Rome. This corruption is MUCH bigger than any of us expected but none of us would have believed it until now. This is why things seem to have taken so long.
Now, the American public is awake and ready to take back their long forgotten responsibilities to hold the elected officials accountable. I have heard from many of you how upset you are with the obvious and willful disregard for the truth and for justice.
As the days unfold, let’s maintain communications among ourselves and try to help our neighbor to understand what is happening. Turn off the television as they have demonstrated they are clearly only falsifying the media to maintain control over your thinking. Do not despair but pray for our country, for Trump and his supporters, and for a national repentance to be stirred nationwide.
The next 12 days will be something to tell the grandchildren! It’s 1776 all over again!

An update to the posting was made on Jan. 10 on the Nye GOP website.

With the publishing of the “Letter from the Chairman” on January 8th what has followed has been nothing short of shocking. After much discussion, we felt it would be wise to post this update to address some concerning assumptions and accusations.

We would ask the reader to discern, based on the above clarifications, if the letter published is actually any problem at all. Given the widespread closing of accounts in social media, including the unprecedented action of closing the president’s account, we would hold that this letter simply exercises our first amendment right to express a summary of thoughts so our membership could be prepared. If the reader thinks for a moment, when a storm is approaching with the possibility of tornadoes, alerts are given with steps to prepare even if no tornado appears. Is this any different?

In closing, the letter referenced 1776: the year the Declaration of Independence was signed with the following words included:

“We hold these truths to be self-evident, that all men are created equal, that they are endowed by their Creator with certain unalienable Rights, that among these are Life, Liberty and the pursuit of Happiness.”

Surely, grandfathers told their grandchildren about the unusual events they saw and lived through. We are in unusual days now and so we will be telling our grandchildren about them as well. To the reader we make this request: understand that you, your family, or your neighbor may be feeling hitherto unknown levels of stress in these strange times. Let them know you care, let them know you want to help, and try to uplift spirits that may feel crushed. They may disagree with you but that has never stopped America from serving them truly from the heart.

May God bless America and our president.