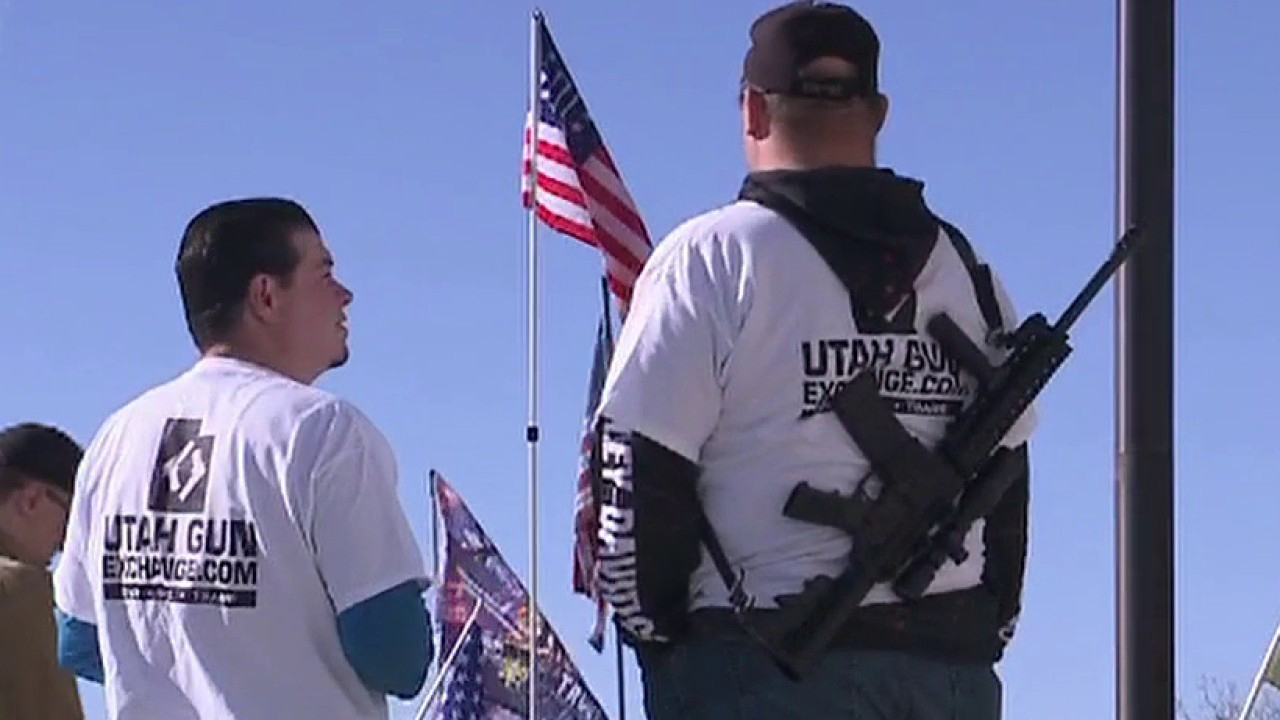 The city council in Richmond, Va. voted unanimously on Tuesday to pass a ban on firearms on all public property during protests and other events in a move meant to lower the risk of violent confrontations between law enforcement and demonstrators.

The new law, which was first proposed by Democratic Mayor Levar Stoney, bans carrying guns at any event – whether or not the event is formally permitted by the city. The ban on guns on public property not only includes government buildings, but also streets, sidewalks, alleys and other public rights of way.

“There is no excuse to brandish a deadly weapon just to prove a point,” Stoney said in a tweet on Tuesday. “If you agree, call your council member today and ask them to vote in favor of the ban on firearms at or adjacent to permitted events. This would be a big step toward a safer city.”

DHS ‘WILL NEVER ABDICATE THIS MORAL AND LEGAL DUTY’ TO PROTECT US FROM RIOTERS: CHAD WOLF

The ban on guns at protests comes after months of demonstrations against police brutality and racial injustice. While the vasy majority of these protests have been peaceful, some have devolved into violence and rioting.

The move by lawmakers in Richmond also comes after a 17-year-old Illinois man was charged with the fatal shooting of two protesters and the wounding of a third during a protest in Kenosha, Wisc. and as a member of the Patriot Prayer group was shot to death during a confrontation during a protest in Portland, Ore.

The ban on firearms at protests drew the support of Richmond Police Chief Gerald Smith, who voiced his concern over the shootings at recent protests across the country.

“When you increase tensions with firearms, it’s just not a good mix,” Smith said, according to the Richmond Times-Dispatch. “Sooner or later, we are going to have different groups with different opinions who square off with each other. I believe this will be something we can use to increase safety in all of Richmond.”

Despite passing unanimously in the city council, some members voiced their concerns about the ordinance and how police will be able to effectively enforce it.

Councilman Andreas Addison added that demonstrators may just avoid obtaining a permit to protest as the ordinance can only be enforced if signs notifying the public are posted at the event space.

A number of speakers during the city council’s special session also complained that the ban infringes on their Second Amendment rights.